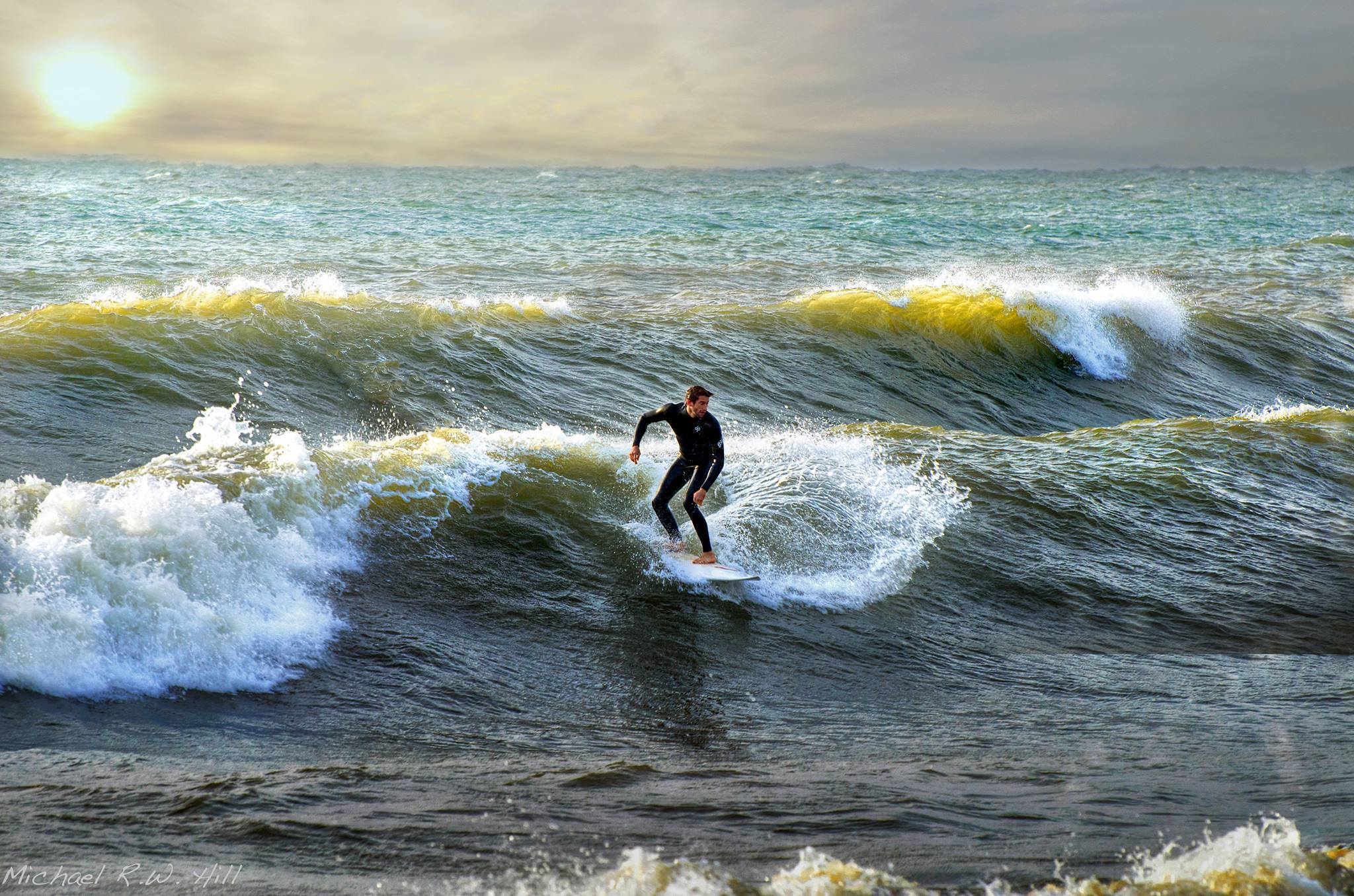 Autumn in Ontario is about pumpkins, changing leaves, sweater weather, and surfing.

That is right. Surf’s up in Toronto.

For many, the changing weather and transition into winter can be a chilly thought. But for the Great Lakes surfers, this is the time to embrace the cold and score some waves.

While Toronto may not seem like a typical, tropical surf destination, local surfers wait all year for September and October to hit, as it brings on the winter waves they seek. And while the concept may seem foreign to some, surfing in Ontario has been happening for years.

“It’s pretty popular,” said Surf Ontario’s Mike Sandusky. “We’re in the community so we think it’s pretty happening. Outsiders, I don’t think they all see it yet, but social media and photos of people surfing in the lakes are passing around more. There are more videos as well, so it’s growing.”

Sandusky learned to surf in the warm waters of Hawaii, and his love for the sport grew as he travelled, worked, and surfed in different countries like Australia and Costa Rica. The surf instructor, who grew up near London, Ontario, has been surfing for 16 years, and is sharing his passion for surf through his work, especially now that ’tis the season. 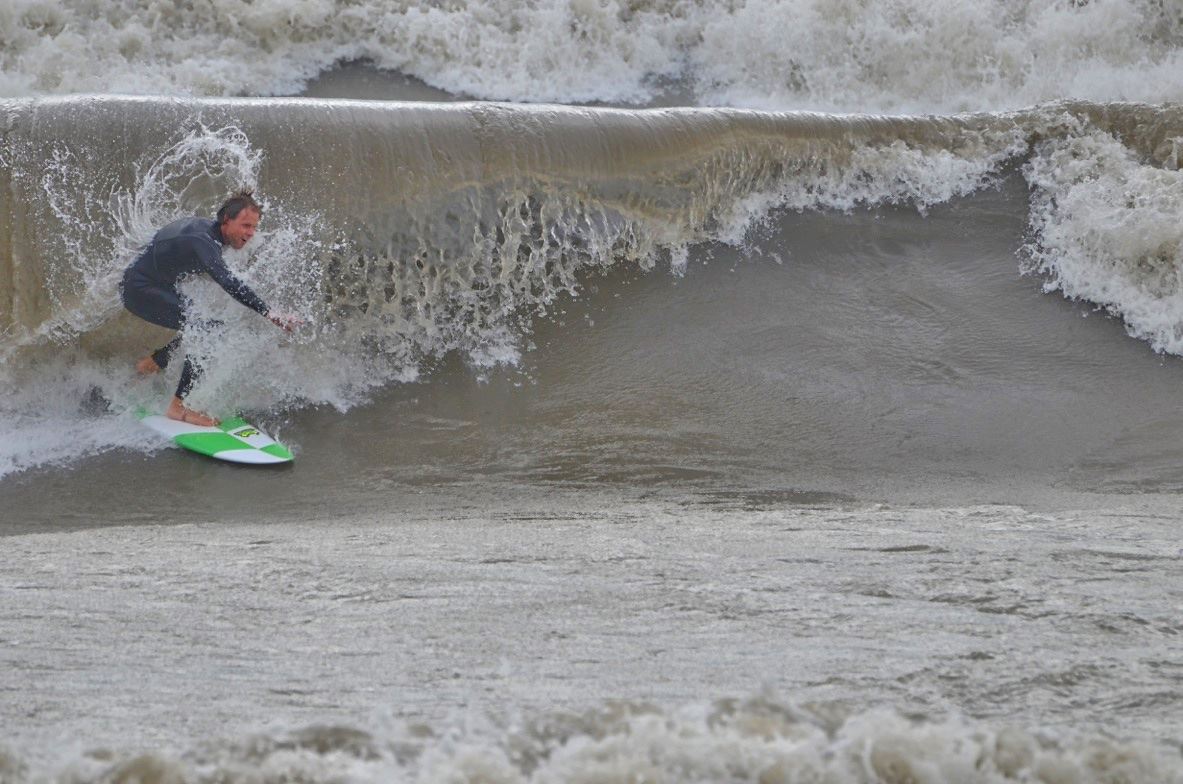 “September and October are the best times to go because the air and the water aren’t too cold,” said Sandusky, who describes Toronto’s waves as good waves for beginners. “It’s fairly safe, most of the spots are all sandy beach breaks. You just need a 4/3 or a 3/2 mm [wetsuit] and you don’t have to worry about all the extra gear so you can get a good taste of it.”

The colder the water, the ticker the wetsuit – some go up to 6/5 mm in thickness. And of course, lake surfers are covered from head to toe during winter seasons. Full gear include thick gloves, booties, and hoods. After all, surf season continues all through the winter until April. So not only do surfers battle the extreme frigidness of the water, there’s also battling snow and wind.

“It was so cold,” said surfer Liam Cook, remembering his first time in the water. “It was an experience. The thing that got me hooked was the power, the energy the lake provided. I couldn’t believe it. You know the description of being stuck in a washing machine? That’s what kind of got me hooked.”

On Days Like These We Must Surf from Jake Kovnat is a recently released short film about lake surfing around Toronto.

Cook learned to surf 11 years ago on Lake Superior. “A lot of the guys I used to surf with lived in Toronto and so they surfed Lake Ontario, Lake Eerie, Georgian Bay, and Lake Huron,” said Cook, who now lives and surfs the waves in Tofino, British Columbia – arguably Canada’s best surf destination. As an avid surfer, Cook has also surfed in Nova Scotia, where a break at Cow Bay (near Halifax) also attracts cold water surfers annually. Cook said surfing on the lake was a good precursor, and prepared him for ocean surf.

“It gets you prepared for forecasting waves from storms,” he said. “The main difference being on the lakes is the storm is near by and you typically will feel it, and will see it. Whereas on the ocean, it’s a big thing to learn that there’s a storm a hundred miles away, on the other side of the world that’s creating waves that are going to show up here. So you have to calculate when they are going to arrive.” 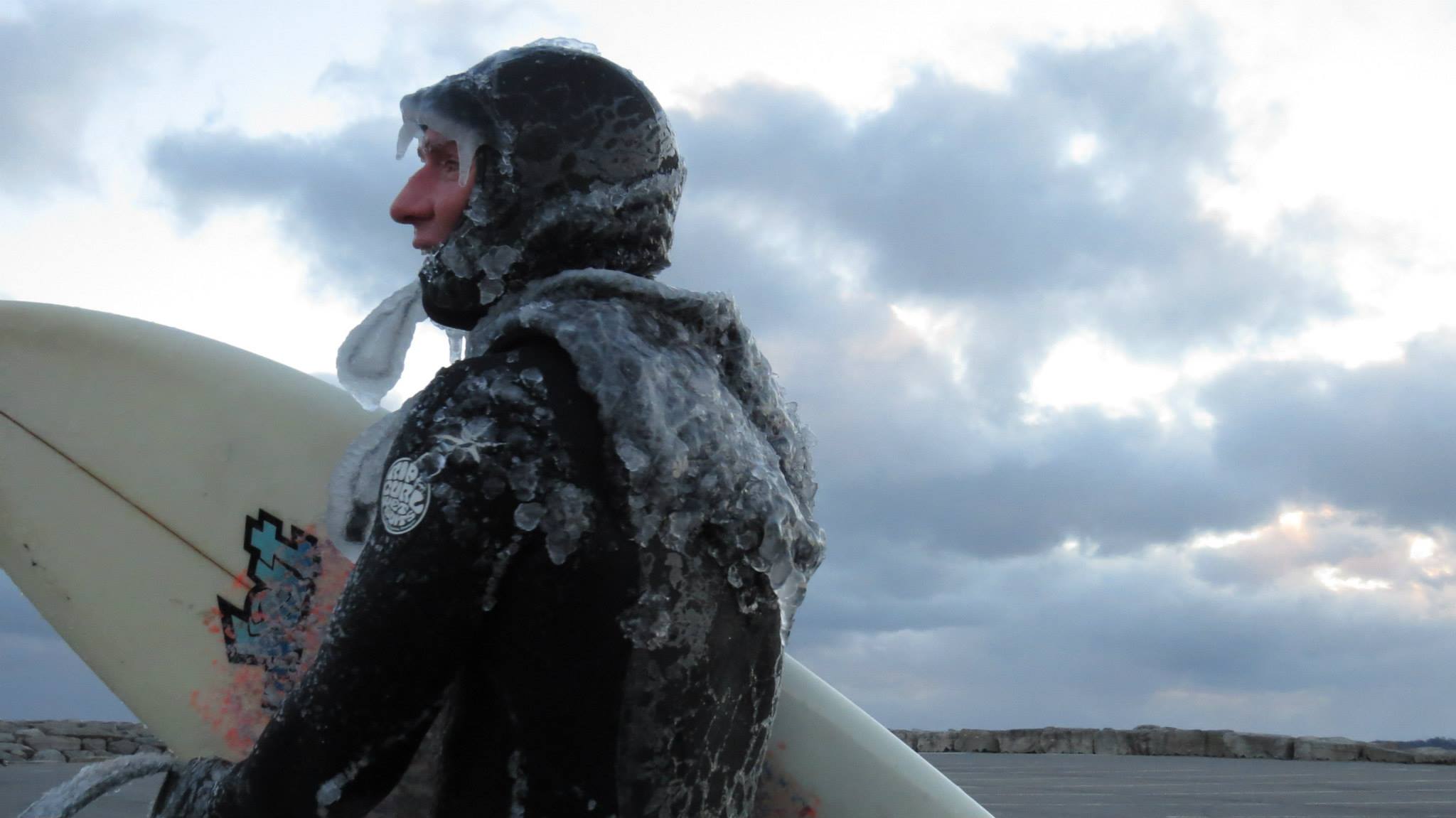 Cook said blocks of ice in the winter are common on the lakes, and surfers need to be aware of those. And where there’s ice, there’s also hypothermia – something not as common in ocean surfing.

And Sandusky also believes the lakes provide good waves for beginners. He teaches surf lessons around Toronto’s beaches, some of the more popular spots include Ashbridges Bay and Bluffer’s Park. But like most surf communities, the best spots, the more advanced spots to find waves, are often hidden, or harder to get to. They are usually spots less frequented by visitors, and more known to local surf communities, which makes the waves less busy – although that is not a problem faced by Toronto surfers at this time. 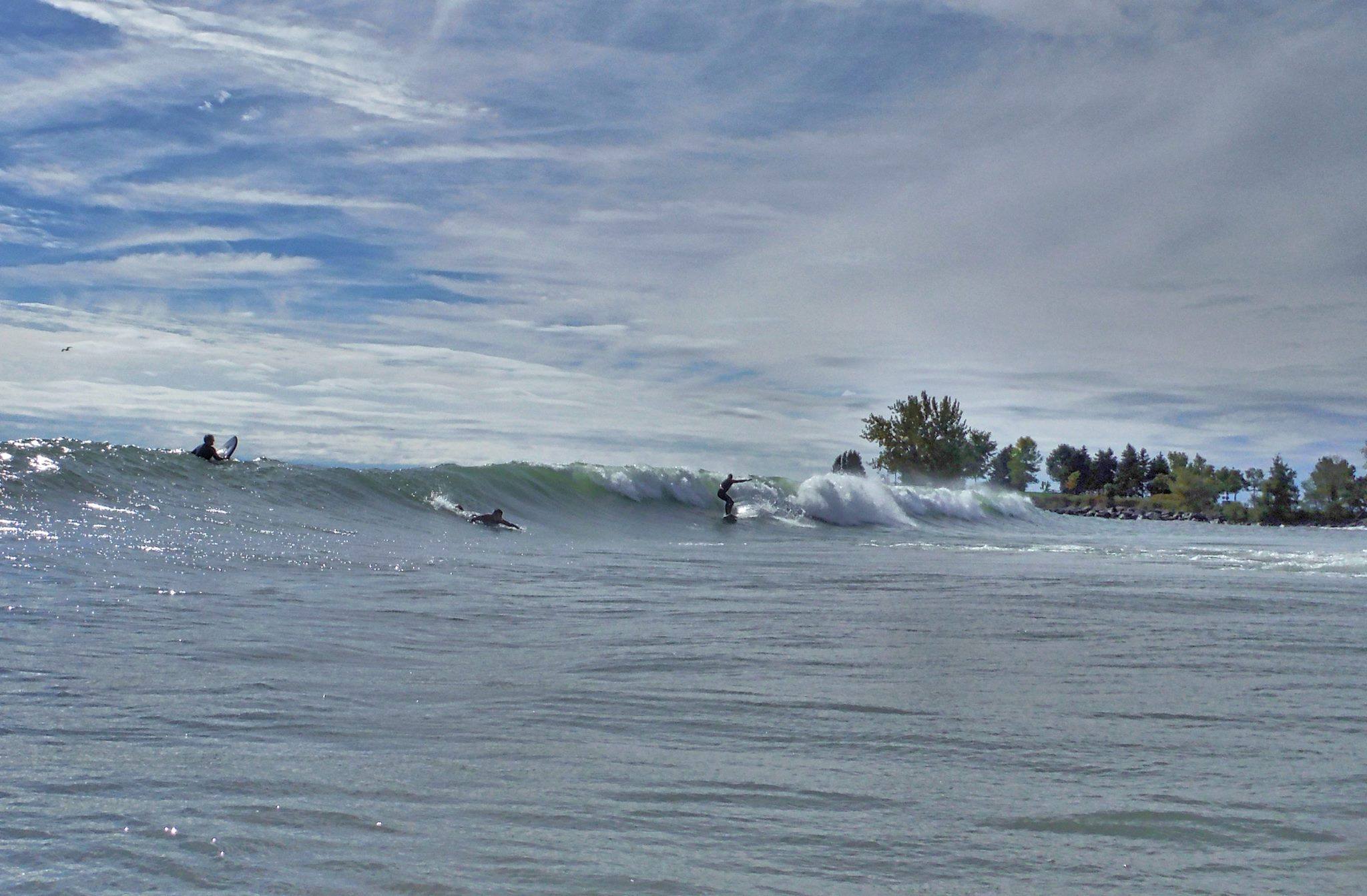 “I think there’s a lot of room for growth because the waves aren’t that crowded yet and the GTA has a huge population,” Sandusky said. “We’re surfing sometimes by ourselves. If that was on the West Coast, or California, there would be lots of people out.”

“A lot of lake surfers are a tight knit community. The core group of people who dedicate their lives all winter to finding waves and surfing them is very small,” said Cook. “The feeling you get if you go with them is very similar to surfing back in the 50s and 60s, where everyone knows each others names. It’s very close, very personal and really fun.”

So while most take advantage of sweater season and cozy up with a pumpkin flavoured hot beverage, Ontario surfers are gearing up for a cold winter season among the waves – and they’ve been looking forward to it for months.