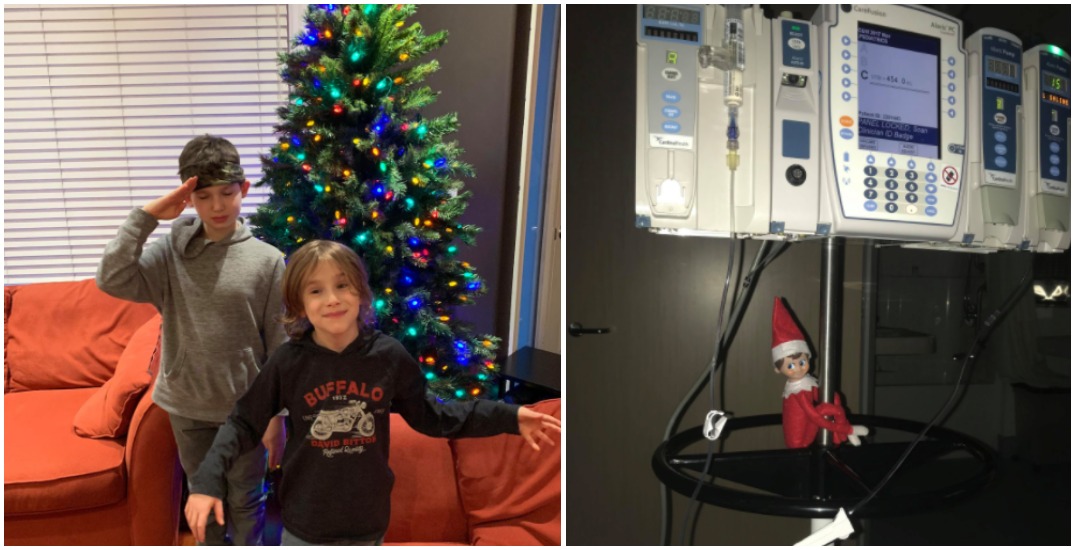 A Christmas tree and Elf on the Shelf sourced from Buy Nothing groups.

Written for Daily Hive by Kristina Spencer, a journalist who writes about culture, fashion and lifestyle.

Sumulong, who works for Vancouver Coastal Health at the Vancouver General Hospital, was forced to downsize house after her husband was laid off last March due to the Covid-19 pandemic.

With six children to take care of, she went on Facebook to sell unwanted items. That’s where she discovered a local “Buy Nothing” group.

The Buy Nothing Project originated near Seattle, Washington, back in 2013. Its founders, Liesl Clark and Rebecca Rockefeller, started a local Facebook group in an attempt to create a cashless economy and foster community connections.

The movement grew across the US, and then globally. As of January 2021 there were about 5,000 groups worldwide. In a nutshell, the Buy Nothing groups are locally-managed gift economies that encourage its members to offload unwanted goods and avoid unnecessary purchases, as well as to foster deeper connections with their neighbours. 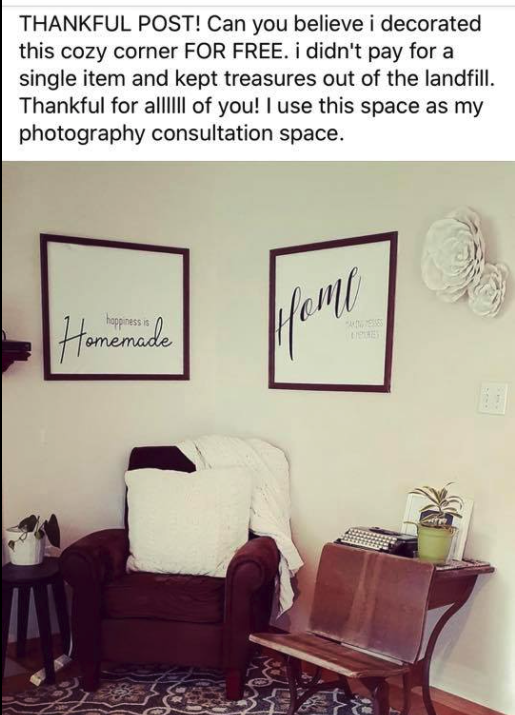 “We needed to get new beds for some of our children. Thanks to the group, we were able to get new beds, blankets and even fun toys and books for my kids to have. I have graciously been gifted so many items for myself that were not a necessity, but a luxury I could never afford on my own last year,” Sumulong says.

Sumulong’s story is one of the many heartwarming community stories that have seeped out of the Buy Nothing groups.

Carli Sussman, a 41-year-old stay-at-home mom and military reservist, describes her North Vancouver Buy Nothing group as a “modern version of the village that many of us grew up with, where you could known on a neighbour’s door and ask for something, without feeling like you might be intruding or putting them on the spot.”

The groups pride themselves on the sense of connection, generosity and feeling personal. 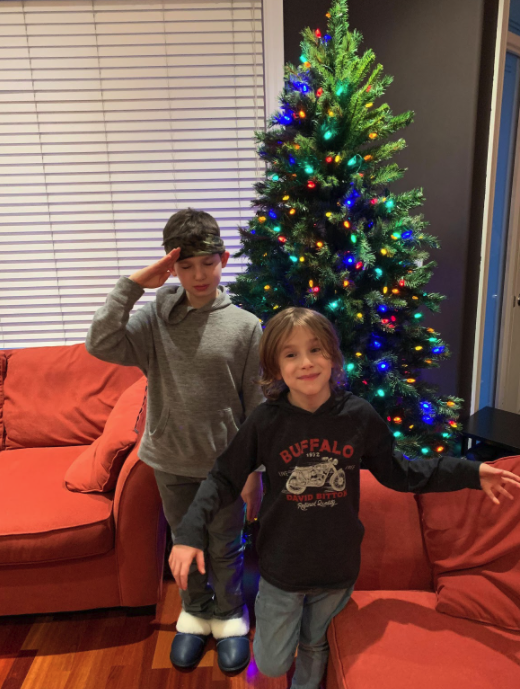 Sussman’s most memorable gift last year was the family’s first Christmas tree. After years of putting off having one because of various reasons — small children, two cats, too small of an apartment — the family decided it was time for one, but it simply wasn’t in the budget. A member of Sussman’s group posted a photo of a brand new tree decorated with lights she won in a draw, and the family was the lucky recipient.

“My kids were so excited when they saw it,” Sussman says, “but for me, it is extra special because it reminds me of how special our community is, and how we share and look out for one another.”

The desire for community is not unusual in the time of isolation and lack of physical contact. NextDoor, a Silicon Valley-based platform to connect with your local community, saw its global daily active users increase more than 80 per cent last March. Facebook is reportedly testing a similar feature, which would allow the users to join a local neighbourhood and see hyperlocal posts, groups and Marketplace items. 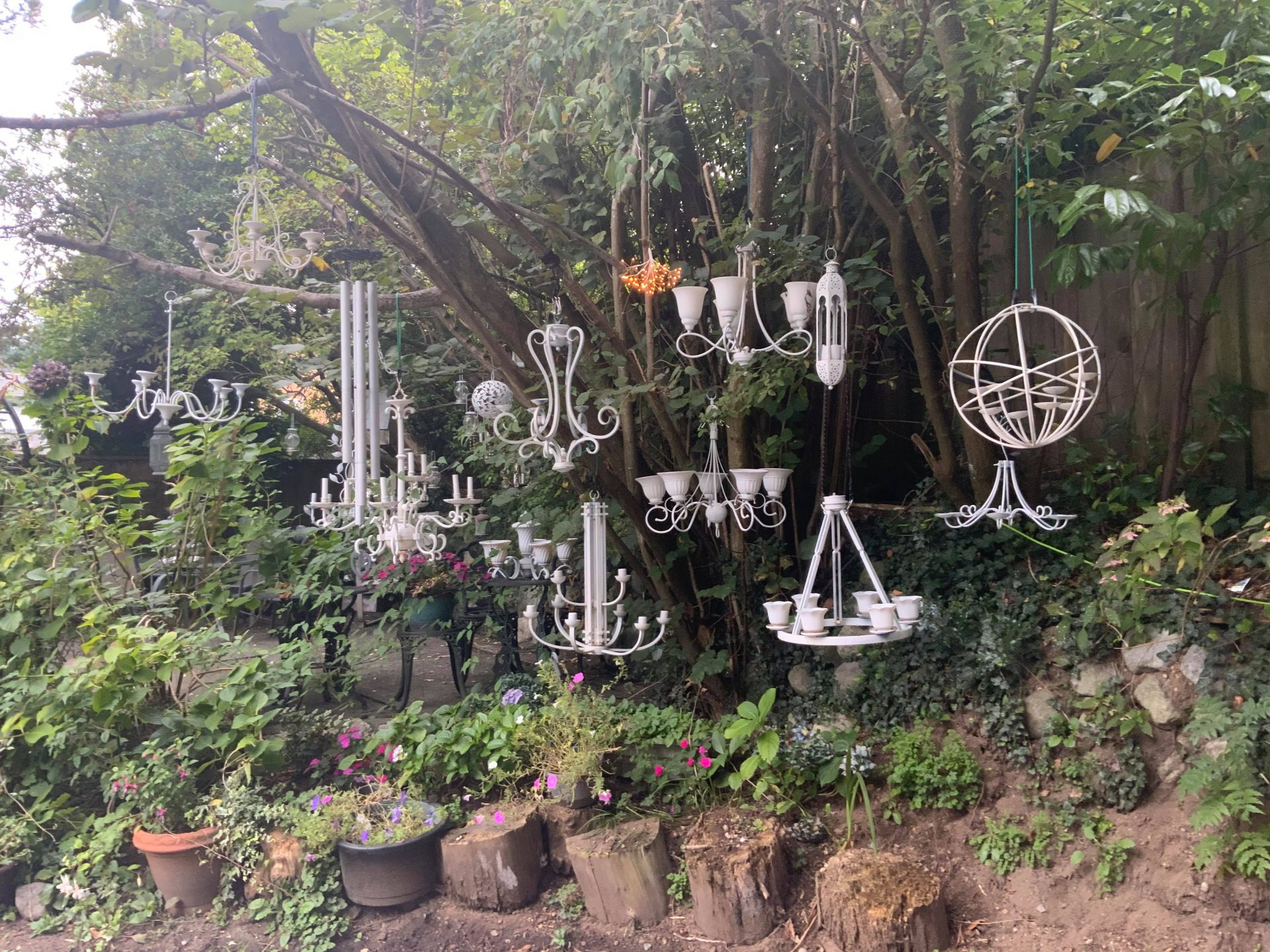 Chandeliers obtained through local Buy Nothing group outside Vancouver

Local groups can help alleviate the feeling of loneliness as more and more Canadians find themselves in single-person households (the number has more than doubled over the past 25 years).

In 2016, nearly four million Canadians were living alone, accounting for 28 percent of all households and becoming the most common type across the country for the first time.

Local groups provide a sense of belonging that is frequently missing in urban areas, too. A survey conducted by NextDoor showed that only 38 percent of Canadians knew one or two of their neighbours (although 83 percent considered themselves neighbourly).

Vicki Bright started the Hastings Sunrise Buy Nothing group in November 2019. It has since grown to 1,200 members and is sprouting into two new groups this month.

“Buy Nothing is more than just items, but human connection,” Bright says.

“How fast the group has grown shows how connected people want to be. The beauty is the neighbours are close by so it is easy to build lasting connections.” 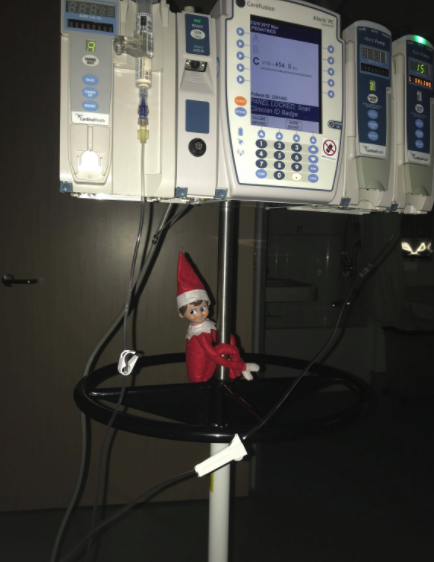 The Elf on the Shelf that stayed in hospital with Tara’s daughter.

Over the festive period, the Buy Nothing groups supplied packages for women’s shelters and neighbours in transitional housing. Tara, a 43-year-old office assistant put out an “ask” in her North Shore group to see if anyone could lend their Elf on the Shelf to cheer her daughter up in the hospital. A stranger reached out to offer their family elf the same afternoon — her kids were teenagers and she’d spoken to them about the share.

The Kitsilano North East group rallied together when Aislinn Pham, a 40-year-old director at Pampered Chef, met a homeless man called Dustin who recently had his backpack stolen.

“Even though this happened to him, he still had a smile for everyone who passed by. He was telling me about his dreams of one day having an art show,” Pham shares.

“He is a brilliant artist and writer — we talked about getting photos of his art on social media.”

Dustin told her about needing a new phone to speak to his 16-year-old son over the holidays, but when asked if she could help, he only requested a pair of warm socks. Within two hours of posting on her group collected and dropped off a new backpack, cell phone and charger, hiking shoes, warm socks, new rain jacket, warm toque, art supplies, first aid kits, masks, as well as gift cards for meals and more.

“Little acts of kindness is all it is — they add up, and that feeling grows,” Pham says.

“I am so happy I got this opportunity to help and realize how good it feels to help and give what we have to someone who can use it and needs it more.”

Click this link to find your local Buy Nothing group in Canada. 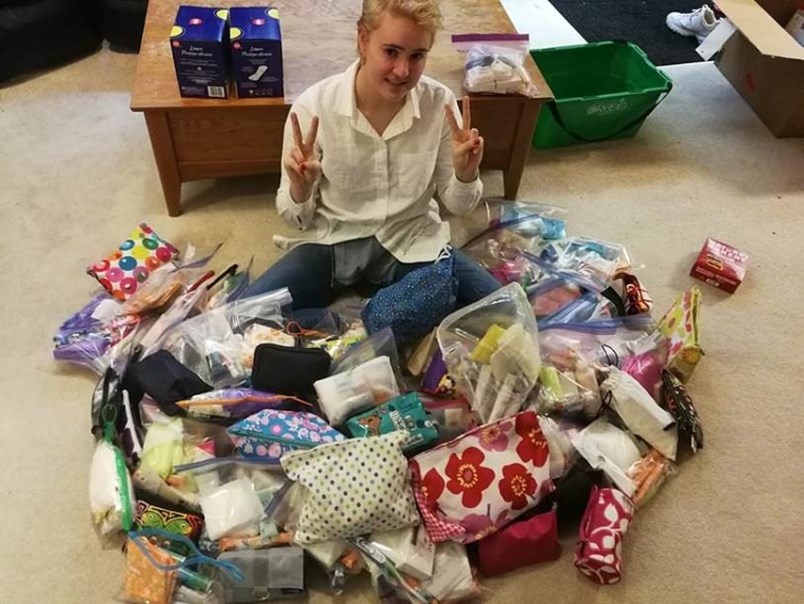