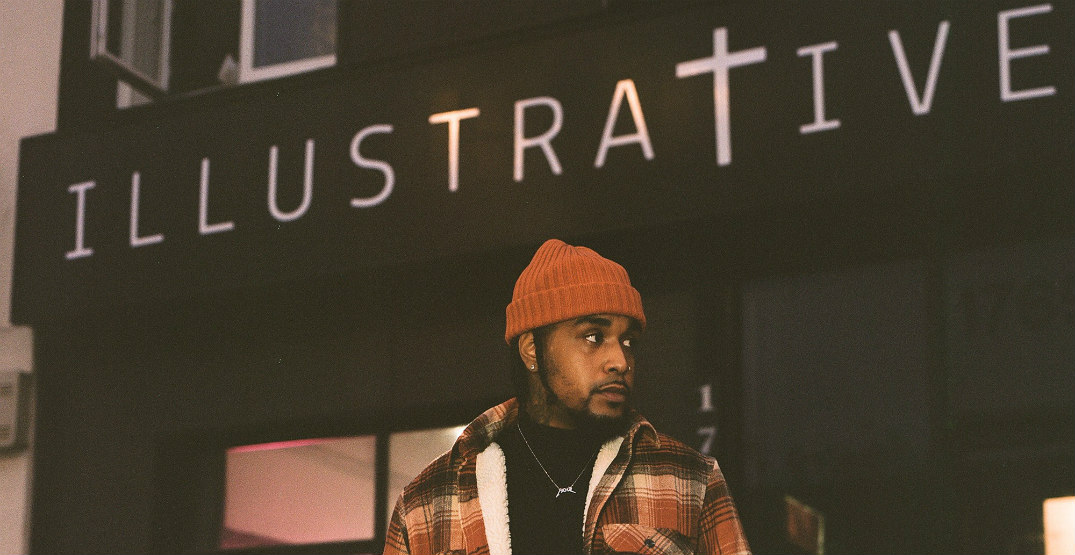 Written for Daily Hive by Alex Guye, a journalist based out of Kjipuktuk (Halifax).

Entering an industry is hard, but ones like tattooing, if you don’t have an “in” it becomes even more difficult. In Toronto, some Black artists have begun to push for change and have created spaces and shops where tattooing can happen in a more inclusive environment.

The tattoo industry is still a very white male-dominated one. And despite making strides to be more women-inclusive in the past, this doesn’t mean it has been racially inclusive at all.

When RaShaun Collins first began tattooing five years ago, he was inspired because of what artists could do with skin.

But he quickly noticed there weren’t a lot of artists who looked like him.

He said he had gone into some shops in the past and just felt like he was unwanted.

Realizing a more inclusive tattoo space was needed, Collins was able to open the shop Illustrative.TO on Toronto’s Danforth Avenue in March 2020. 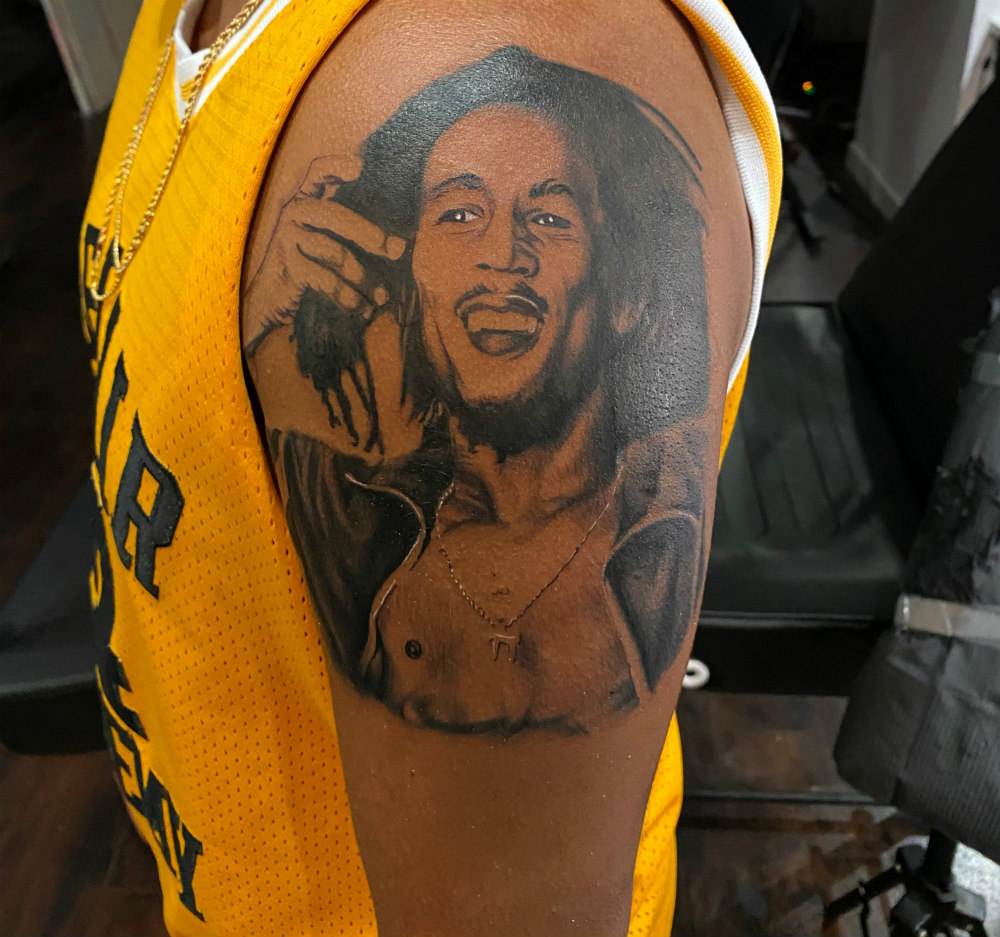 “When people come to our shop, it’s just welcoming to everyone,” said Collins.

He said when people come into his shop, they know they’re going to get something good, and they are able to do it on all skin tones. And specifically, they can do it all on dark skin tones, too. 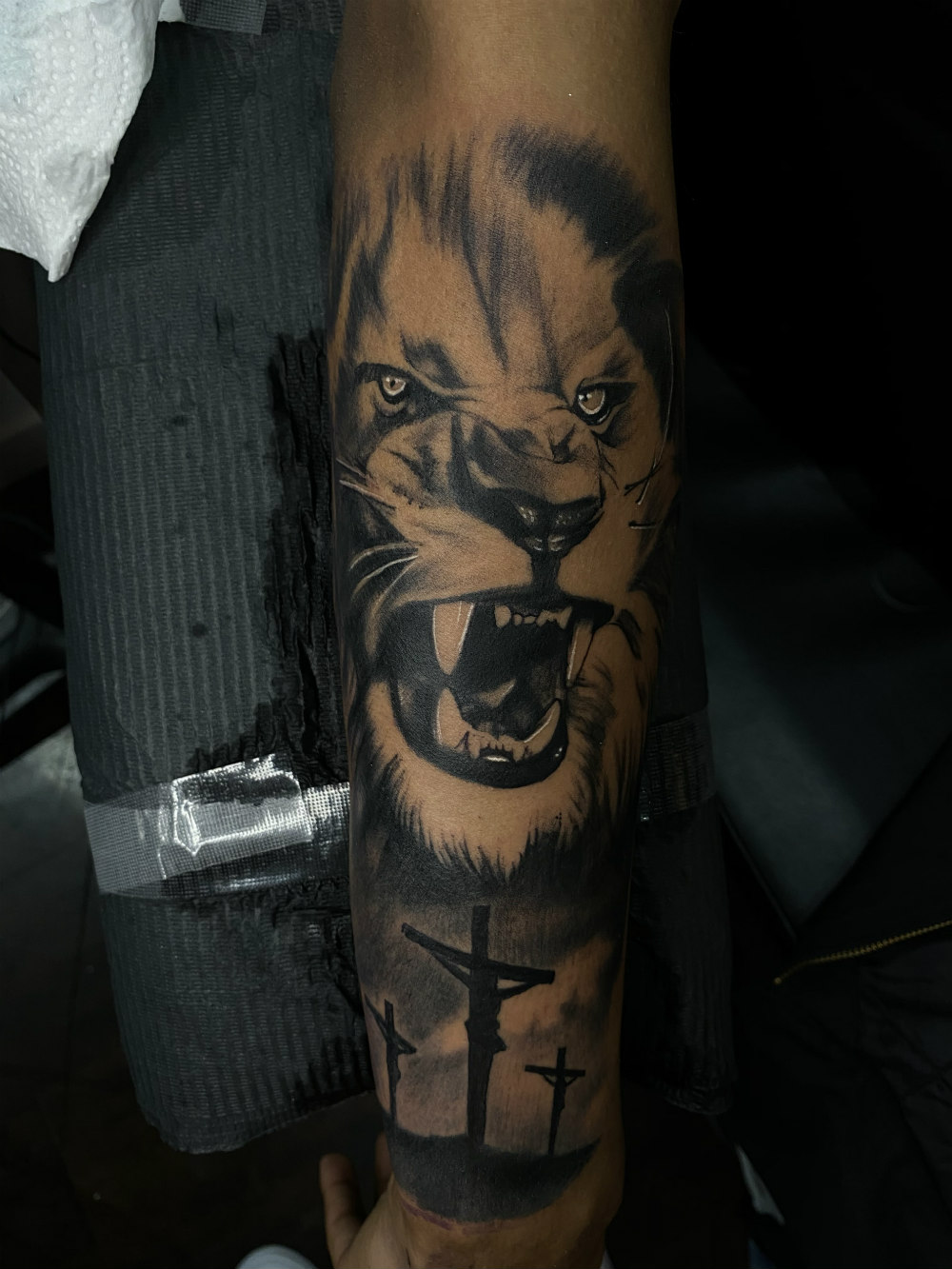 The most important thing to Collins is being able to do work on everyone that comes into Illustrative.TO. 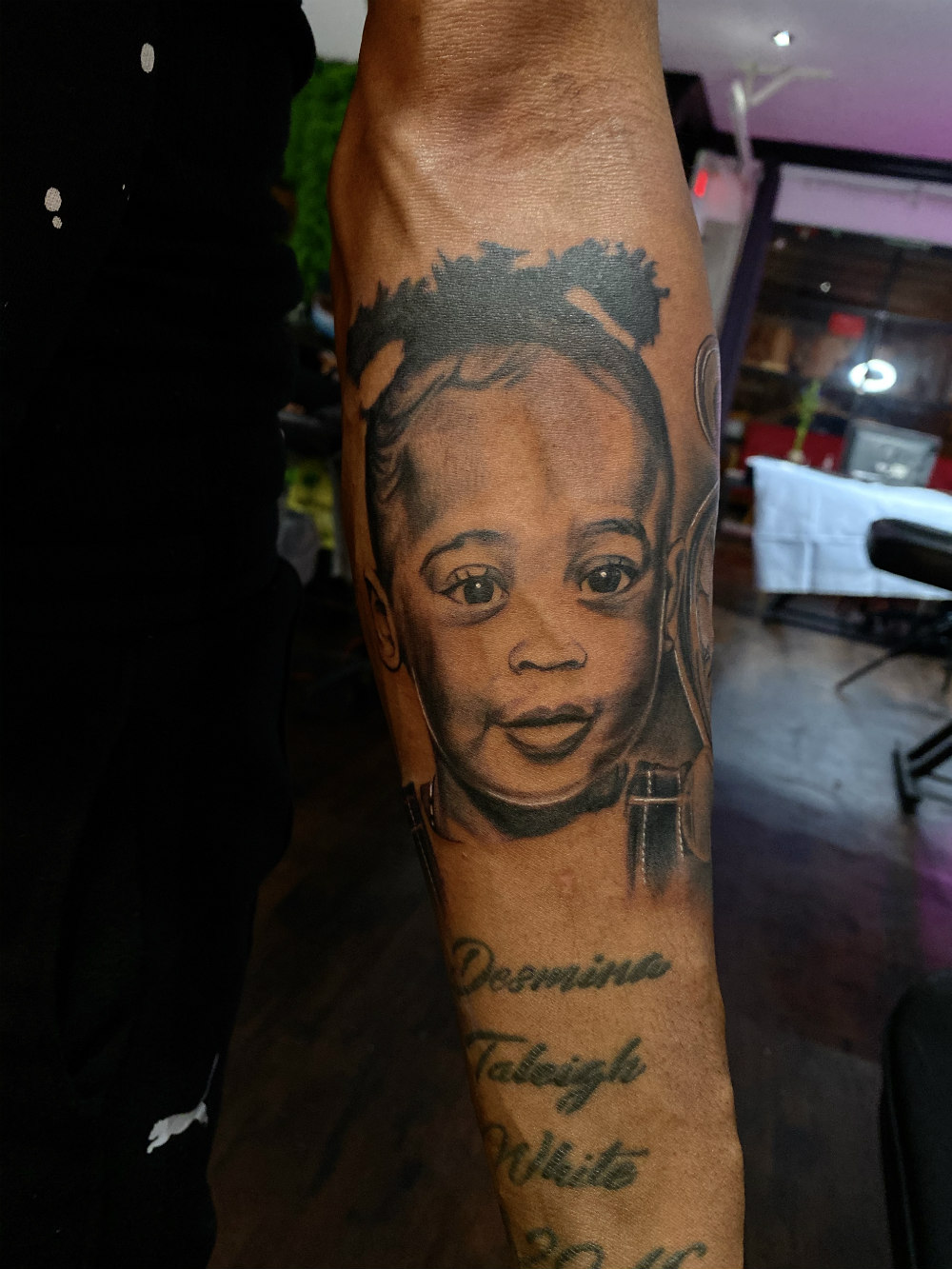 Although Collins’ shop is a welcoming place for their potential clients, not all shops are like this.

When he was first starting out, he didn’t struggle to get an apprenticeship because he found artists to learn from.

But, what he really found hard was some artists seemed to not put as much effort into tattooing darker skin as they did other skin tones.

This topic is something artists like Thalia Dixon, known as Vegas Ink on Instagram, have been spreading awareness about for several years. 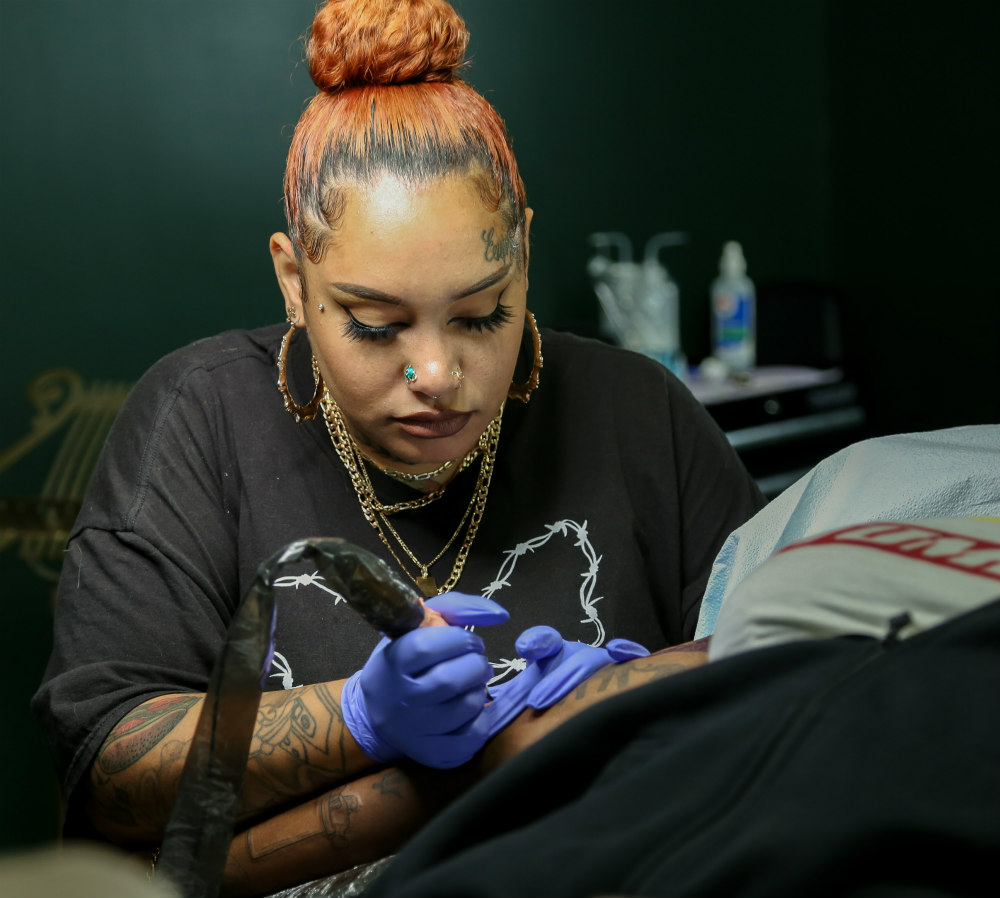 “You have no idea, just because someone says online their shops are safe spaces, doesn’t actually mean they are,” said Dixon in an interview.

Tattoo artists can say their shops are inclusive, but Dixon has found some of these pages do not respond well to accountability when called out by clients or other artists.

They said there are people who have had to face a lot of racism and adversity while trying to access this industry, making it extremely unwelcome and inaccessible. She gave an example of how some of their equipment has been broken before while tattooing out of other shops in the past.

Not having the same backgrounds by going to art schools, having tattoo supplies, or an iPad for stencil drawing prevents some artists from getting apprenticeships. This is something Dixon thinks artists should be aware of when and who they take on as an apprentice. 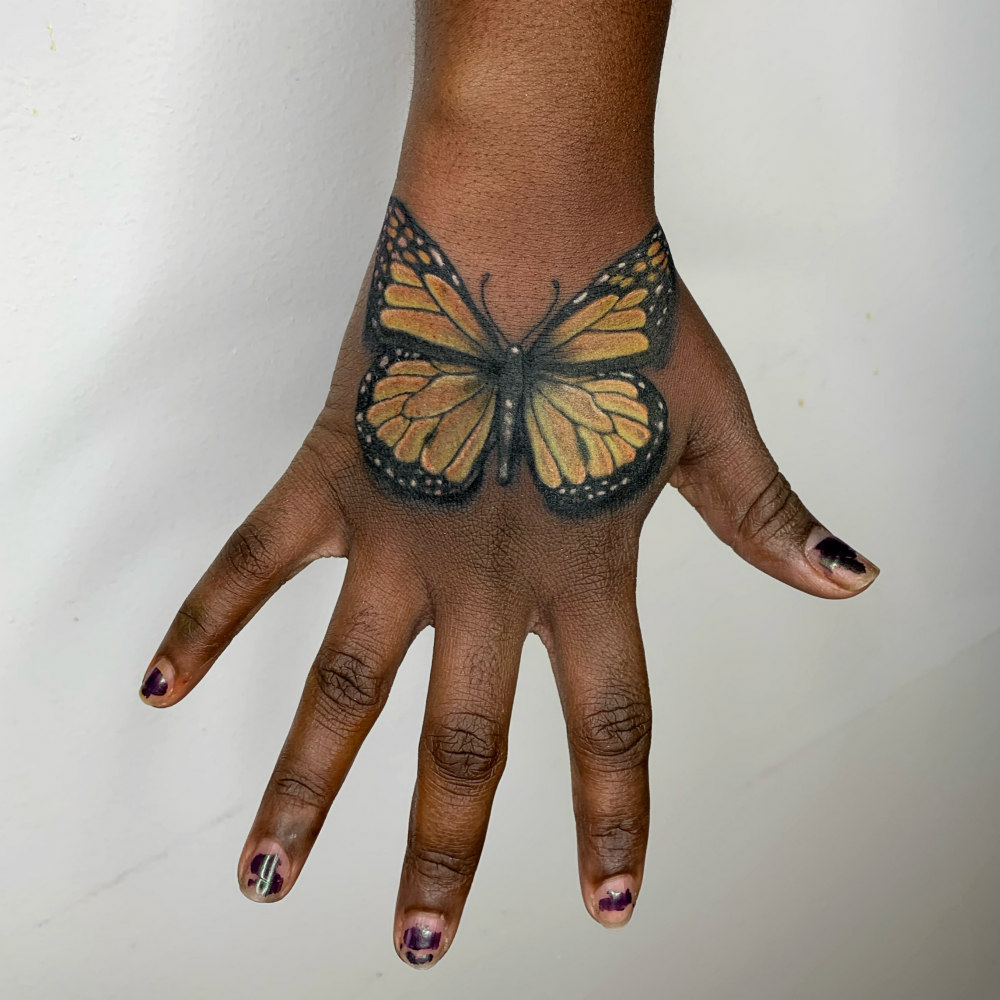 Dixon said she has started to see a shift over the past few years, specifically when people going to receive tattoos have a negative experience. Black, Brown, and Indigenous people are reclaiming and becoming more autonomous with their bodies, “allowing them to stand up to racist tattooers.”

These are often times tattooers who say they can’t tattoo darker skin tones because their work won’t look as good.

The industry itself isn’t changing for most Black artists, but it is changing for clients. Instead of trying to change the industry from the inside, these artists are setting an example of what inclusivity could mean.

“Black artists are carving out their own spaces, are no longer asking to be invited into shops. We are creating art or trying to open our own shops. We are opening our own private practices. And we are staying within our community,” said Dixon.