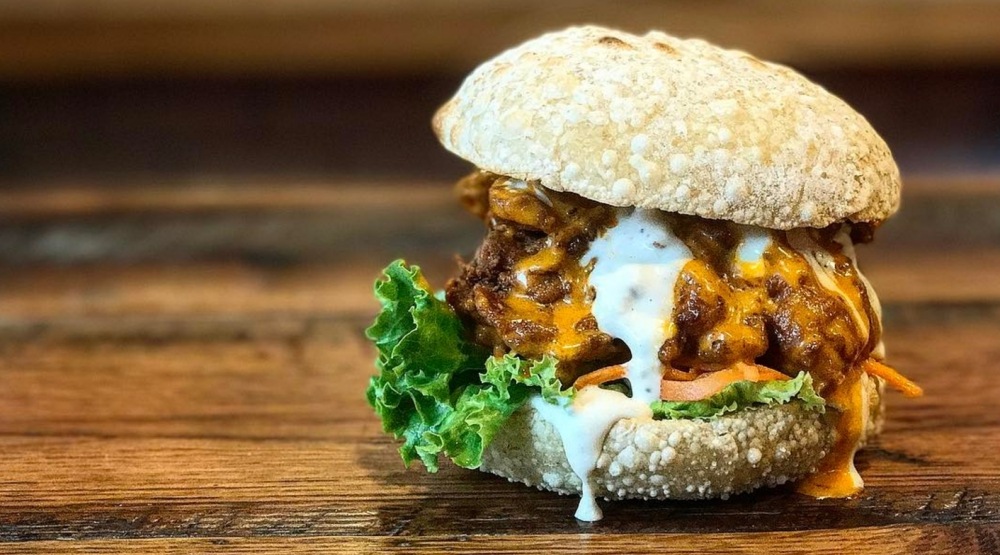 For a place that prides itself of porchetta, it sure does make a mean fried chicken Sammy. Find fried chicken featured in ever changing specials. Recently, the sandwich shop has featured a buffalo blue cheese version while past variations have been inspired by mushroom melts, Korean fried chicken, and jalapeño poppers.

Fried chicken on a freshly fried cruller. Yes it’s a thing. It’s on the secret menu so ask for it by name even if you don’t see it advertised.

The fried chicken sandwich from this poultry specialist is built on a milk bun and stacked with buttermilk fried thighs and finished with hot peppers, slaw, ranch dressing and a pickle spear.

Crispy fried chicken on a bun loaded with spicy slaw and sweet bread and butter pickles are pure perfection at this west side sandwich shop.

The Beastwich is the namesake sandwich from Chef Scott Vivian’s restaurant. This is a knife and fork affair available at brunch and dinner featuring crispy chicken on a biscuit smothered in pimento cheese and pork sausage gravy.

This kitchen in Koreatown excels at comfort foods made from scratch. The signature fried chicken sandwich here featured moist dark meat encased in a crispy coating layered into a bun with brown butter sage mayo, lettuce, and optional hot sauce.

If fried chicken schnitzel is your schtick, try The Hunter from this German beer hall. This handheld feast starts with a milk bun topped with fried chicken and doused in mushroom sauce and dressed with crispy onions, gruyere, pickles, lettuce, and tomatoes.

Home Of The Brave

American classics are on the menu at this King West restaurant. Here you’ll find a Nashville Hot Chicken Sandwich that sees crispy fried chicken tossed in hot sauce then dressed up with ranch, pickles, and romaine.