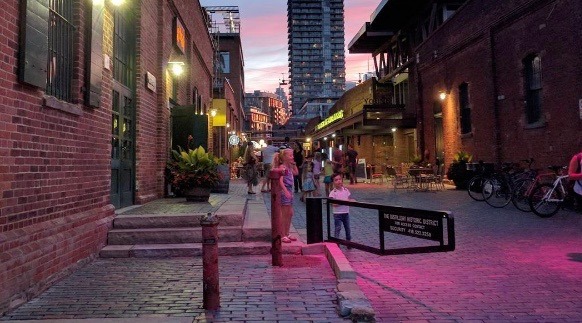 If you’ve been pining for the NHL since June, this is going to make you very happy.

‘Cause in case you were somehow unaware, The World Cup of Hockey is coming to Toronto for the last two weeks of September.

That’s right, more than 150 NHL players will be in town to represent their respective nations (or continents) as eight teams vie for world’s best hockey nation (even though we know we’ve already won that title – hell, we’re hosting everyone aren’t we?).

The two-week tournament runs from September 17 to October 1 with all games being played at the Air Canada Centre. Teams include: Canada, Czech Republic, Finland, Russia, Sweden, USA, Europe and North America.

It might get a little confusing when players have to play themselves in country vs. continent games but we’re sure the NHL has a plan for that.

Anyway, about the 10-day festival in the Distillery District. Well, you can’t have a tournament this big without having a place to call home-base. So, for 10 days during the World Cup, the Distillery District will transform into ‘Fan Village’. It will host live musical performances, live screenings of the games on a giant screen, a VR experience, ball hockey rink, and, of course, The Molson Canadian Hockey House.

And it’s all free.

So if you like hockey, competitions, sporadic cheering in large groups, or just an excuse to party, this is going to be your time to shine.