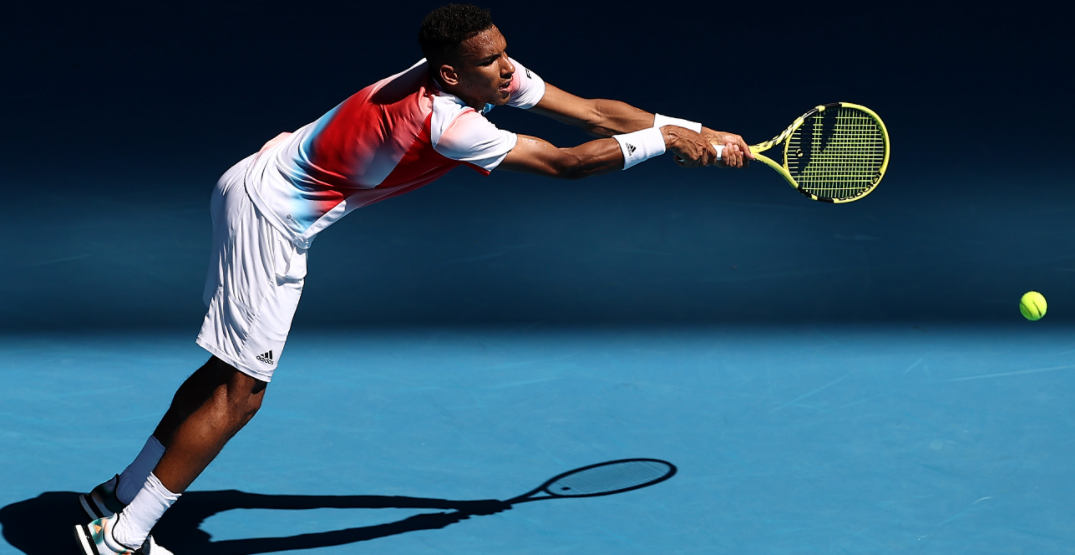 Auger-Aliassime is through to the Australian Open quarterfinals after a win over Croatia’s Marin Čilić in the round of 16.

After dropping the opening set 2-6, the ninth-seeded Auger-Aliassime stormed back with a 7-6, 6-2, 7-6 response over the final three sets for an emphatic win over the 27th-seeded Čilić.

Auger-Aliassime will face No. 2 seed Daniil Medvedev match in the quarterfinals.

Auger-Aliassime pulled off a tightrope act in the second set against Čilić, winning in a tiebreak on his fifth set point.

Felix Auger-Aliassime wins the second set in a hard-fought tiebreak! We're all tied up at one set apiece. pic.twitter.com/9cc8ik03NY

The third set was a little easier, picking up a 60-love win in the final game of a 6-2 set.

Felix hits an ace to win the third set! He's just one set away from moving on to the quarterfinals at the #AusOpen pic.twitter.com/PE3qoLzQ8r

Auger-Aliassime then won a fourth-set tiebreak 7-4 to clinch the win.

“I’m really relieved and happy to get through especially the way I did,” Auger-Aliassime said in the post-match on-court interview. “It’s great. I’m feeling great. I’ve never been better.”

The win marks the third quarterfinal appearance at a Grand Slam in less than a year for the 21-year old Montreal native, who reached the Wimbledon quarterfinals as well as the US Open semifinals in 2021.

The 33-year-old Čilić, meanwhile, is a former world No. 3 ranked player who won the 2014 US Open and was a 2018 Australian Open finalist.

The round of 16 was the previous high for Félix Auger-Aliassime at the Australian Open, who fell to Aslan Karatsev a year ago.

The win comes a day after Denis Shapovalov pulled off an upset over Alexander Zverev to advance to the quarterfinals himself. Shapovalov will be facing Rafael Nadal, who is aiming for his record 21st Grand Slam title.