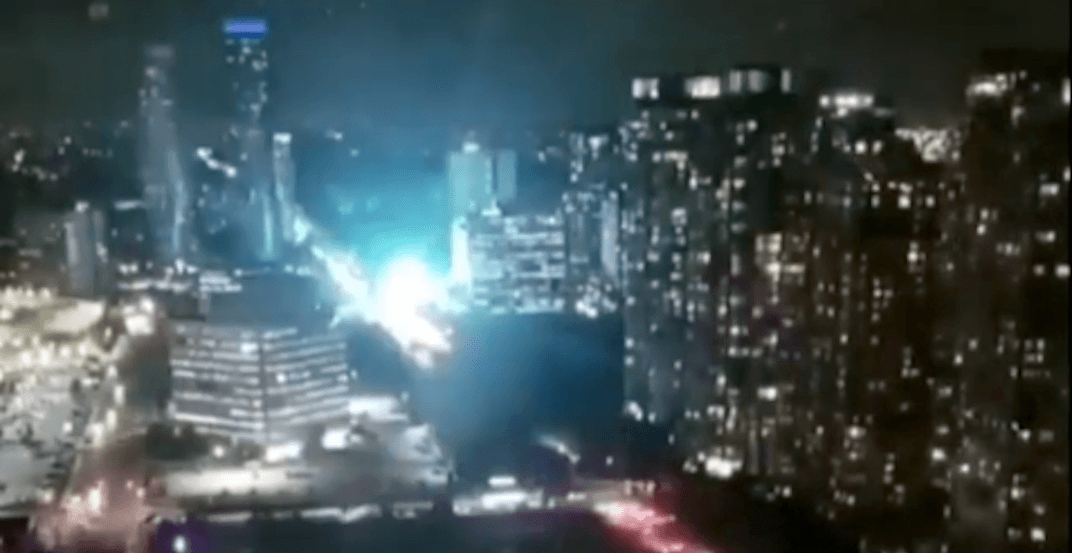 On Wednesday evening, Mississauga skies were lit up by a massive transformer explosion, which caused power failure throughout the city.

The explosion occurred in the area of Hurontario Street from Burnhamthorpe Road East to Dundas Street East and left 3,259 homes and businesses without power, according to Alectra.

Videos shared on social media show bright glowing light between a row of towers, which continues to get brighter until it explodes.

According to Alectra, all the power had been restored just after 10 pm, and there were no reported injuries.