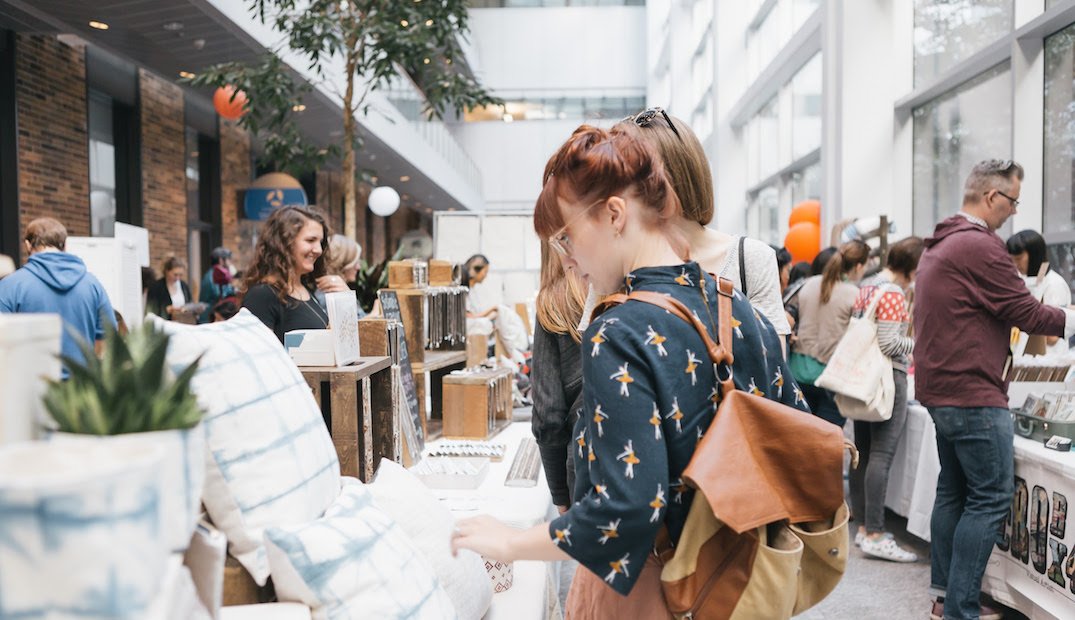 Etsy: Made in Canada market in Toronto. Photo: Paolo Azarraga

A massive DIY market returns to Toronto next month.

The fourth annual Etsy: Made in Canada returns to Toronto on Saturday, September 23 at MaRS Discovery District, 101 College Street from 10 am to 6 pm. The celebration of quality craftsmanship dedicated to makers from Toronto’s own backyard is a driving force behind a new economy, according to organizers.

A recent 2017 Etsy seller census report found that 39% of sellers consider their creative business their sole occupation, and for 49% of Etsy sellers, Etsy was the first place they sold their goods. In 2016, the pop-up marketplace saw a national increase of over 40% in both sellers participating and visitors looking to support the craft makers.

“Etsy: Made in Canada continues to play a key role in defining the Canadian maker movement. With 39 communities across Canada participating and more creative entrepreneurs than ever before, it’s clear that this event is continuing to grow and flourish,” said Erin Green, Managing Director, Etsy Canada in a statement. “It’s a space that allows shoppers to find unique goods they won’t find elsewhere, while encouraging meaningful connections between makers and buyers.”