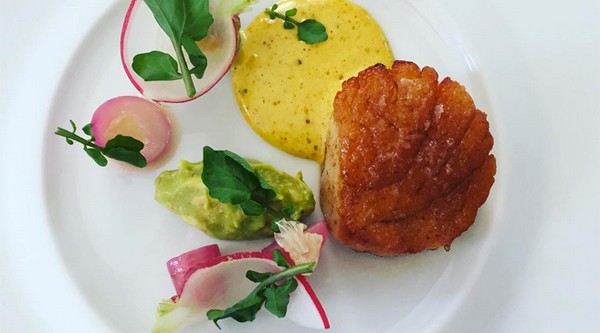 Toronto restaurant Alo has been named the second best new restaurant in Canada for 2016 by enRoute Magazine, only behind Vancouver’s Kissa.

Few restaurants pursue perfection the way Alo does. The service troupe operates like Broadway stagehands, deftly swapping out props before you’ve even anticipated the next act. Patrick Kriss’s dishes require your full attention, like meaty morels with fried shallots and crème fraîche from Normandy.

It’s a well-deserved honour for Chef Patrick Kriss and GM Amanda Bradley. Of course, this will likely only make it even harder to secure a reservation at the intimate restaurant specializing in multi-course tasting menus.