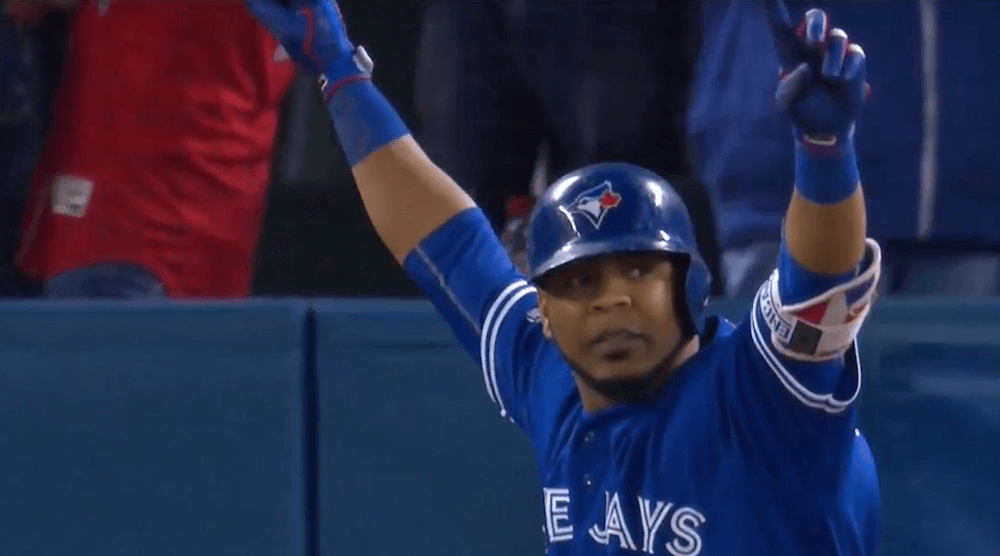 Edwin Encarnacion has signed with the Cleveland Indians, MLB insider Jon Heyman reports. Encarnacion leaves the Blue Jays as a free agent for a three-year deal reportedly worth approximately $20 million per season.

It’ll be tough for Jays fans to see Encarnacion go, particularly given the fact that he rejected a four-year, $80 million contract with the Jays last month.

Edwin Encarnacion gets $20 million less with #Indians than the 4-year, $80M he originally rejected with #BlueJays

While the urge to blame Blue Jays general manager Ross Atkins must be with a lot of fans, the mistake in this case was made by Encarnacion. Atkins couldn’t wait around forever, and when Encarnacion rejected a fair deal, he had to move on.

It has looked bleak for the Jays to re-sign Encarnacion ever since inking Kendrys Morales on November 11th.

While seeing Encarnacion leave for the team that beat the Jays in last year’s ALCS hurts, the silver lining is that they will receive a 25th overall draft pick from Cleveland.

Encarnacion also leaves their division, opting not to sign with the Red Sox, which is a positive. The soon to be 34-year-old Dominican Republic slugger had incredible season in 2016, finishing third in the AL in home runs (42) and second in RBIs (127).

We’ll see how he ages, but unquestionably this is going to hurt Toronto initially.