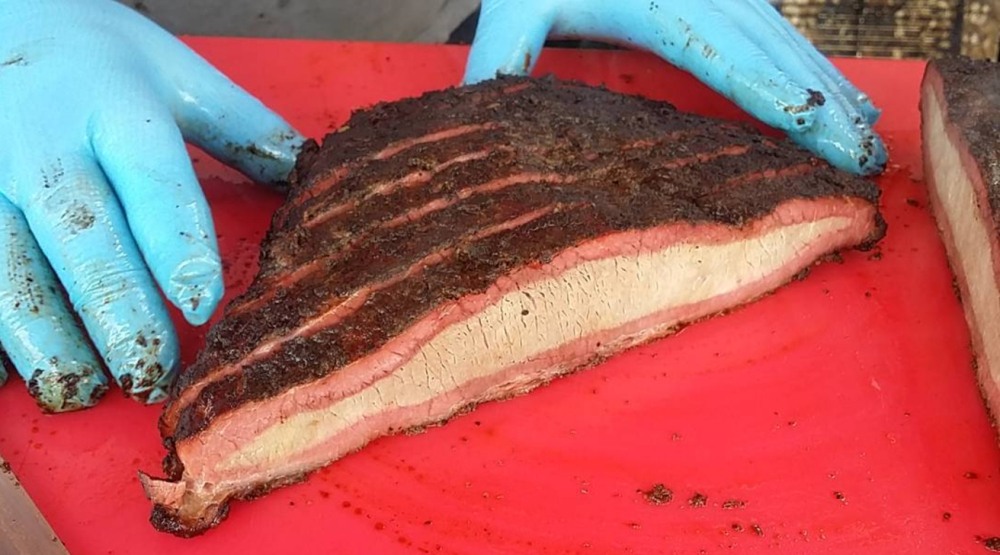 Toronto’s Italian Corridor is getting a new BBQ joint.

Jason Rees of Pork Ninjas has been somewhat of a roaming pit master in recent years. Most recently he wrapped up a two-year stint in the kitchen at Wenona Lodge, prior to that, Baju BBQ at the Monarch Tavern, he’s also a member of the Kansas City Barbecue Society and a certified KCBS judge.

Rees’ new, and first ever solo spot will be called Earls Court BBQ by Pork Ninjas and is located on St. Clair Avenue West in Corso Italia.

The 100 seat restaurant with room for a patio could be open as early as September and once it does, the plan is to serve up a wide range of regional American barbecue styles made with all-Canadian ingredients.

When reached by phone Rees shares with Daily Hive that the restaurant will debut with a menu of smoked meats by the pound and on combo platters including classics ranging from ribs and brisket to sausage and such, along with at least 10 types of craft beers.

Delivery and brunch menus will follow in the weeks after opening.

And, unlike his last two bar-based pop-ups, the new spot also aims to be family friendly. “BBQ lends itself extremely well to people with children,” says Rees, before adding, “It might take hours to cook, but it can be served up very quickly.”