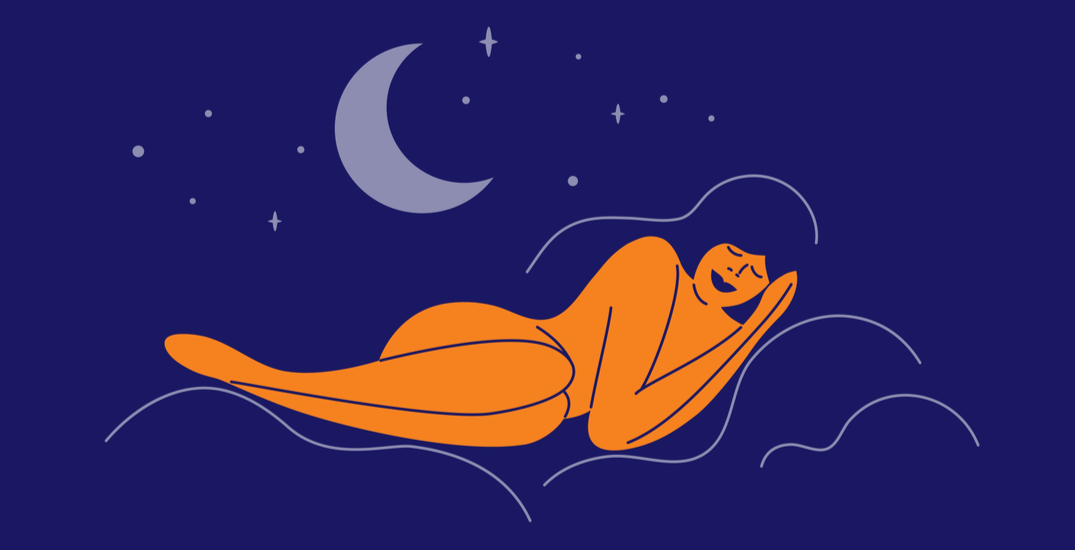 If you’ve ever had a dream about your teeth falling out, you’re not alone — it’s the second most common dream in the world, and the top one in Canada.

A new Mornings.co.uk study has mapped out the most common dreams around the globe by analyzing Google search data to see which dream symbols every country is looking up.

Searches show that the world dreams of snakes most often (52 countries!) and seeing snakes or being bitten by one in a dream could signify hidden worries.

The second most common scenario is seeing your teeth falling out. Canada is among the 17 countries where this weird dream phenomenon recurs.

People in many regions across Europe, the Middle East, Asia, Oceana, and North America, all see this anxiety-inducing mid-slumber visual most often. 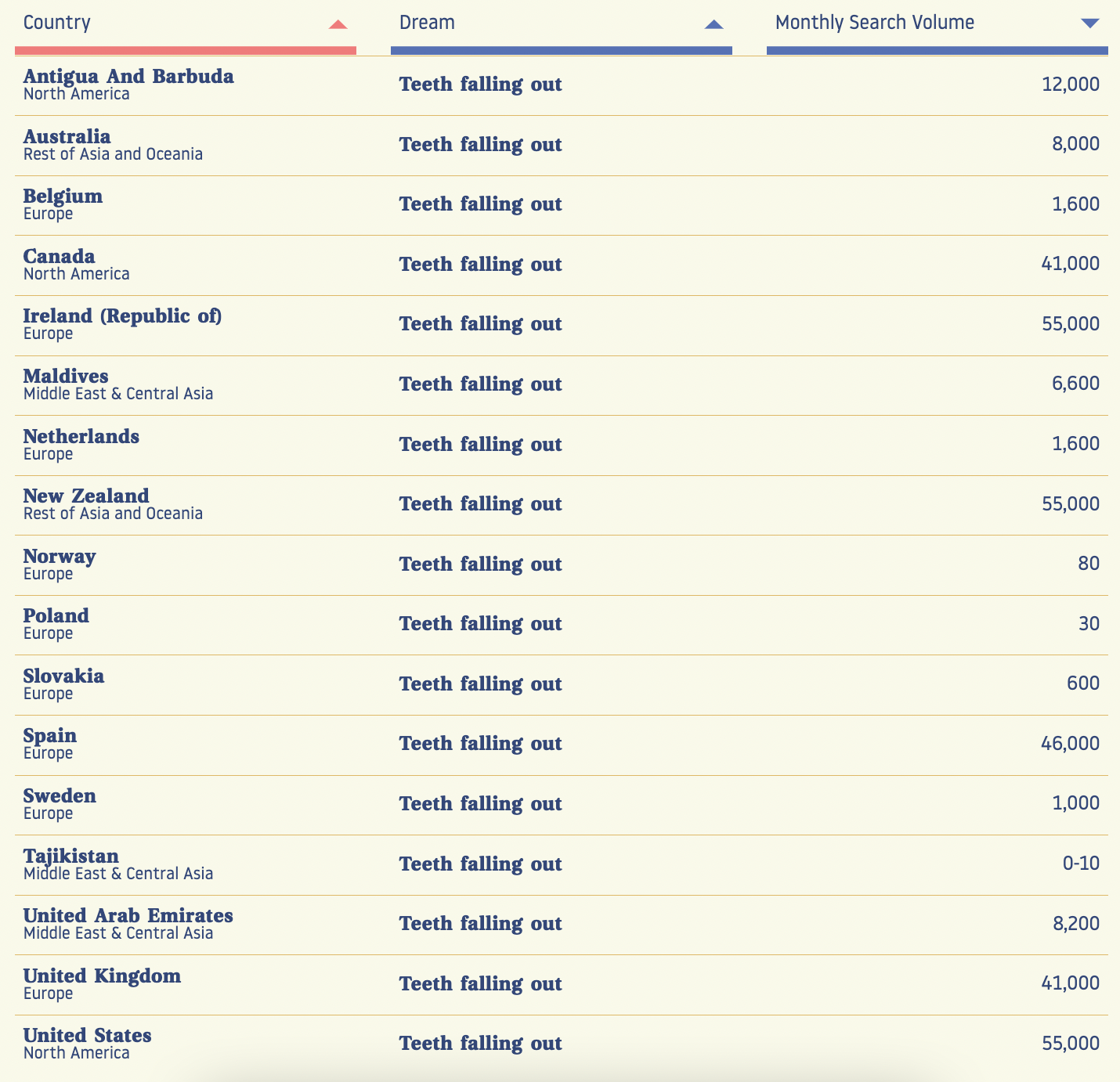 Albania mostly dreams of breasts, Armenia of grapes, Bhutan of rainbows, Namibia of squirrels, Fiji of peacocks, and Colombia of lice. Interesting range, isn’t it?

But what do tooth-loss dreams mean?

Culturally, dreams can have vastly different meanings. What one culture considers a good omen may be seen by another as a sign of bad luck. But psychologically, seeing your teeth falling out could indicate a few things.

Dream analysts Mornings.co.uk spoke to said tooth-loss dreams could indicate a lack of self-confidence or embarrassment about one’s shortcomings.

A study held by the University of Colorado in 1984 determined that most people who dreamt about tooth loss “were significantly more anxious and depressed, had lower ego strength, were less satisfied with their lives, felt they had less control over their lives, and felt helpless more often than the control subjects who dreamt of flight.”

But thoughts on this have expanded over time. In 2018, researchers Naama Rozen and Nirit Soffer-Dudek published a paper on the physiological and psychological correlations behind dreams of tooth loss.

“Dreams of teeth falling out or rotting, are one of the most common and universal typical dream themes, yet their source remains unknown and they have rarely been studied empirically,” they wrote.

So if you’ve been dreaming of a shaky molar, maybe it’s time to call your dentist and book an appointment.