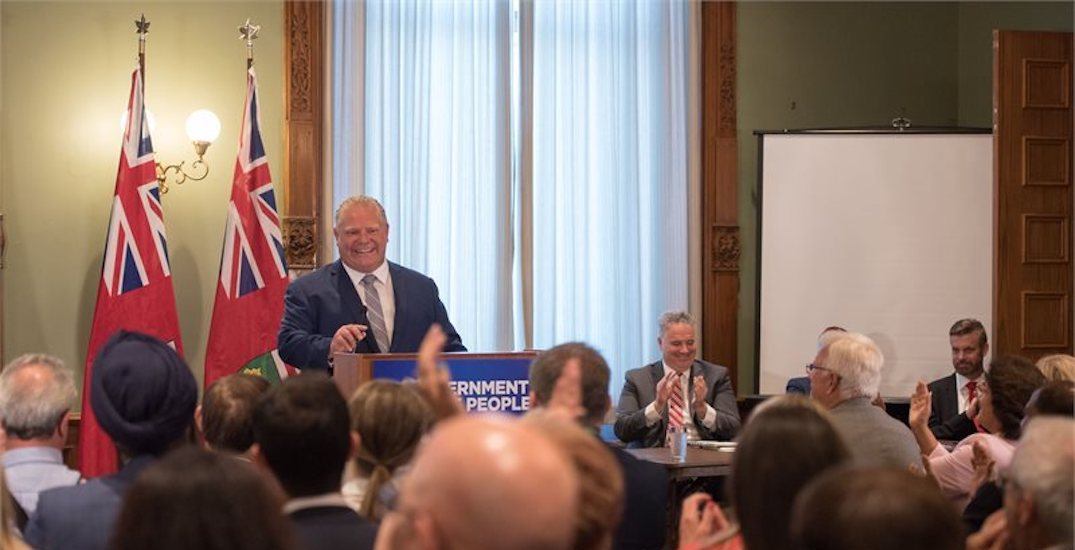 Less than a week after Premier-elect Doug Ford announced he would cancel Ontario’s current cap-and-trade scheme, looks like he also scrapped the Green Ontario Fund.

Launched in the fall by the Wynne government, the green initiative was set up to help residents save money, while fighting climate change.

GreenON was also launched online and the program was part of Ontario’s Climate Change Action Plan and is funded by proceeds from the province’s cap on pollution and carbon market. At the time, the province said it was investing $377 million from its carbon market to establish the new Green Ontario Fund.

But months into the program, it’s now no longer in existence.

“All GreenON residential rebate programs are now closed,” stated a tweet by the Fund on Tuesday.

When it first launched, the GreenON Installations program website was down due to popularity. The program allowed interested households to register to have a Green Ontario Fund-trained technician visit and install a “smart thermostat” for free to get energy-saving upgrades.

“How many contractors and tradespeople will be put out of work by Mr. Ford’s cancellation?” said NDP leader Andrea Horwath. “And those families and businesses who need supports to pay less for heating and cooling? Yet another premier that makes life less affordable.”

Catherine McKenna, Minister of Environment and Climate Change, called out Ford for not caring about climate change.

Ford will be sworn in as premier later this month.