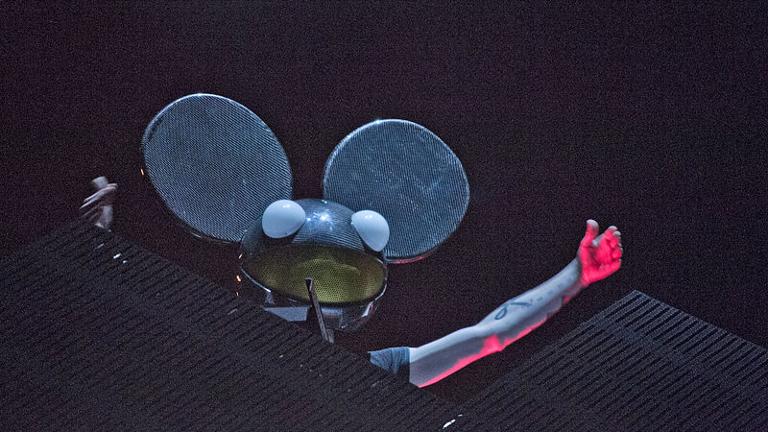 Perhaps it’s the Auston Matthews effect, but deadmau5 is on board with the Toronto Maple Leafs this year.

The Toronto electronic music producer isn’t known to be friendliest of the bunch. On his own Twitter account, deadmau5‘s description reads “not a team player.” So it may come as a surprise to learn that, not only is deadmau5 celebrating the Leafs’ Centennial Home Opener on Saturday, he is also debuting an exclusive Leafs track at the game – a track written especially for the team.

deadmau5 x Maple Leafs.@deadmau5 will be debuting a new Leafs track at our home opener tomorrow.

In a statement released through the Leafs, deadmau5 said he got an email from management asking if he would consider doing a track, to which he responded, “heck yeah.”

The Grammy nominated producer, whose real name is Joel Zimmerman, wrote the anthem Leafs Nation ahead of this weekend’s game, signalling “a new chapter in the life of the team.”

The high-tempo, driving beats is sure to get the crowd riled up, especially since deadmau5 himself seems so excited – which he rarely is.

According to the release, “Deadmau5 said that he was excited to meet the team on Saturday and no doubt Leafs Nation will be excited to hear their new anthem.” Fans attending the Leafs Centennial Celebrations this Saturday, October 15 are being asked to be in their seats by 5:30 pm.

Looking forward to seeing Matthew’s in a deadmau5 shirt at some point.