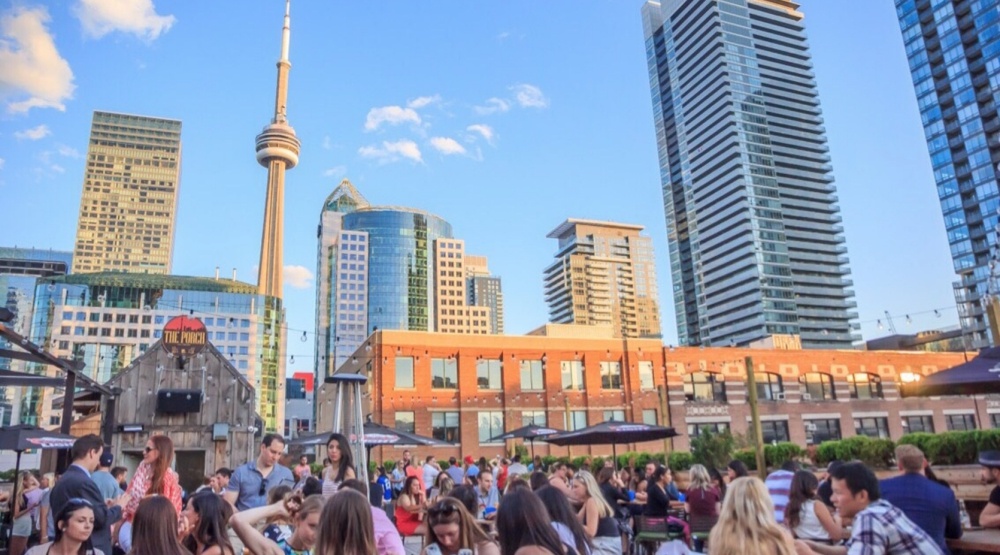 How much would you pay for a little slice of sunshine?

In Toronto, where outdoor seating is in limited supply and in high demand, should patio-goers expect to pay to get in some deck time?

At least one of Toronto’s premier outdoor venues thinks so.

Daily Hive was surprised to learned that The Porch on Adelaide charges admission via Twitter when one patio-goer posted a complaint that a $6 admission fee was charged at 2:30 pm on a Wednesday–the worse offence being that beers are served with plastic cups.

Just paid $6 cover at 2:30pm on a Wednesday @ThePorchTO and I don’t even get a real glass. Money CLEARLY well spent. #toronto #blogto pic.twitter.com/hblHbT67IB

Daily Hive reached out to the rooftop patio via email to try to pin down when and how much cover is charged and received the following reply from General Manager Kayla Hopper:

In case you’re wondering, there is no mention of a cover charge online. The Porch’s website reads: “Just come on up! No reservations required on weekdays.”

A follow-up phone call with Hopper clarifies that the venue implements the charge at their discretion based on capacity and that fees range from $6 on opportune weekdays to a $21 day rate on the weekends.

While the policy “isn’t set in stone,” the venue, known to amass 3.5 hour line ups to get in, will generally start charging cover when populated by more than 100 people.

Other businesses in the vicinity disagree with such fees. A rep from the Mascot Brewery made a distinction when asked if they’d ever charge cover, “Nope! Unless it’s a special ticketed event,” while others in the industry offer another perspective.

Chef Eric Wood for one reasons that:

If it’s a private space, a private business and people are willing to pay it, it’s totally okay. Patios and rooftops and such are magnets for the “three waters and we’ll split a fries crowd.” Butts in seats pays the bills.

With impending fees threatening to make patios a lot more costly for operators, Toronto might have to get used to the concept.

For now, just know that the early bird gets the worm, or at least at The Porch, the early arrivers get in for free.

What do you think? Would you pay cover to secure a table in the sunshine this summer?