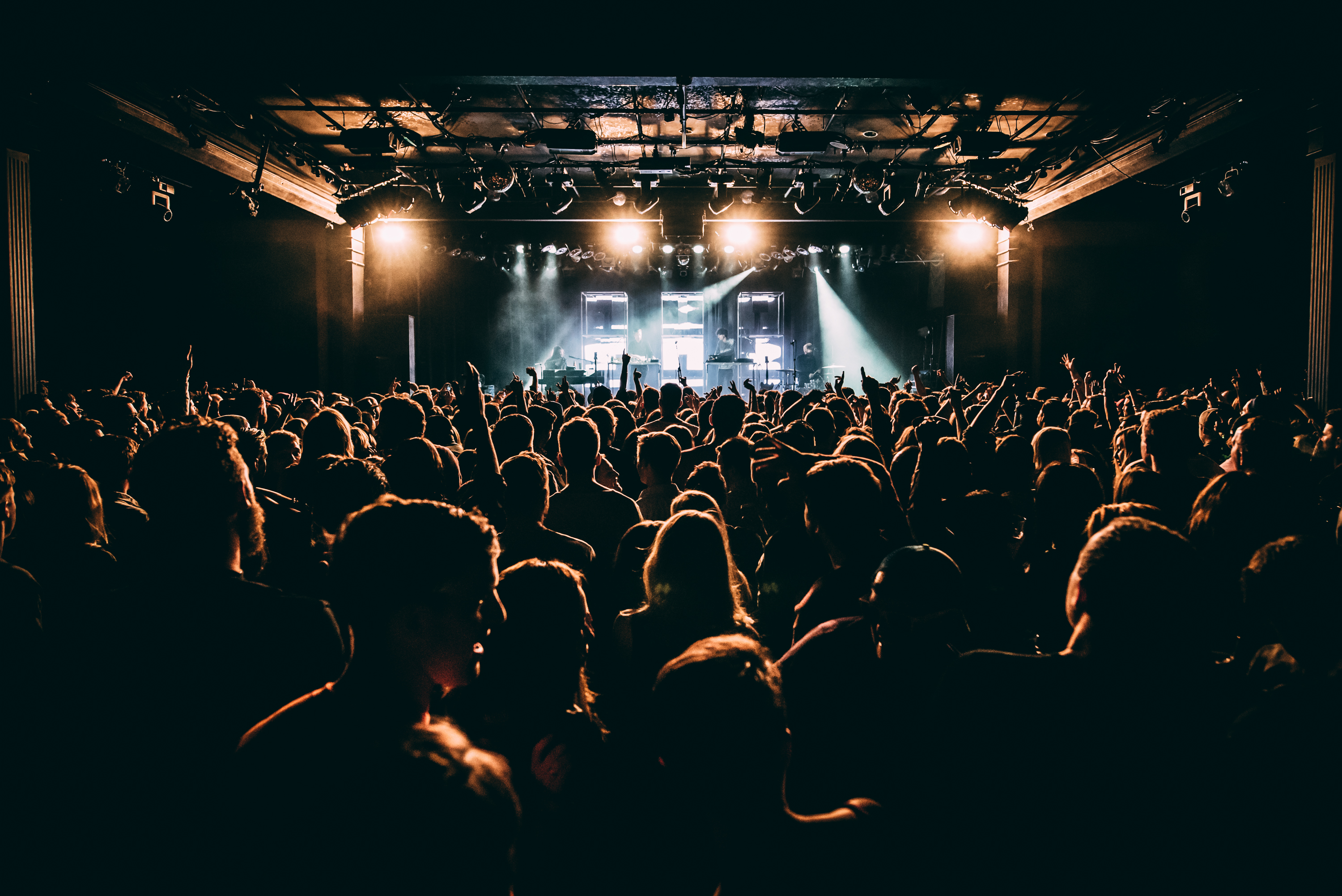 Summertime in the city means summer concerts, and June’s line up does not disappoint. With several festivals underway, Toronto welcomes some major international artists this month, From country to indie, here are some gigs hitting up TO in June.

Swedish indie-pop band Miike Snow are on the road promoting their appropriately-named third album iii and will be bringing their brand of fun to the Danforth Music Hall for two nights (May 31 being the first.) Check out Andrew Wyatt and the boys, who are bound to put on a great show.

Detroit born Christian Berishaj is going to sweep you off your feet. The singer-songwriter is a multi-instrumentalist producer who mixes his soulful voice, heart-breaking lyrics, and R&B beats to deliver a musical journey. Witness JMSN on his rise this month.

Trapsoul’s Bryson Tiller headlines a massive double bill with Anderson .Paak. Tiller returns after his sold out show at the Phoenix. Keep an eye out for .Paak, also destined to headline his own shows soon.

One of Canada’s most prominent band from the 90’s is back , and with original vocalist Edwin. I Mother Earth was known for their double platinum album Scenery and Fish, which is celebrating its 20th year, and I bet we all still know the words to “One More Astronaut.” No? Just me?

When: June 3 and 4 at 8 pm
Where: Pheonix Concert Theatre, 410 Sherborne Street
Tickets: Sold out.

K guys, Meat Loaf is actually on tour. The American singer who would do anything for love, but won’t do “that”, is stopping into Toronto as part of his North American tour to promote his upcoming release Braver Than We Are.

Possibly one of our favourite festival line ups this summer, Field Trip is back with incredible headliners like The National, Robyn, Santigold, and local love, Jazz Cartier.

When: June 4 and 5 at 1 pm
Where: Fort York & Garrison Common, 250 Fort York Blvd
Tickets: Single day and weekend passes are available starting at $75

South African singer songwriter Jeremy Loops mixes guitar and hip-hip beats that result in eclectic tracks which landed him a spot on the Twenty One Pilots tour last year. Loops is in Toronto with Canadian supporting act, SonReal.

The energetic duo of Twenty One Pilots return to Toronto for a show that is bound to sell out. Known for their backflips and stage disappearances (no further spoilers), these guys sell out concerts globally and have a massive fan following.

Brand New’s fan base is dedicated. Their current tour, which often has two back to back dates, have sold-out across North America. After Jesse Lacey’s “I’m going to tell you right here and now, this isn’t going to last much longer,” confession on tour in October, 2015, fans are bracing themselves. But an upcoming release may also bring another Brand New tour later this year.

The incredibly talented Ms Florence Welch takes over the Molson Amphitheatre for her How Beautiful tour. After the successful release of How Big, How Blue, How Beautiful in 2015, Welch and the band have been on the road, and reviews have been stunning. Although tickets are officially sold out, there are some resale tickets through Ticketmaster.

When: June 10 at 7:30 pm
Where: Molson Canadian Amphitheatre, 909 Lake Shore Blvd W
Tickets: Sold out, but available through resale.

Electronic producer What So Not is back to drop some beats the Hoxton this month. Formerly a dup with Flume, the Aussie is on tour supported his EP Gemini.

Back this summer after a successful inaugural year, Bestival’s arts and music festival was relocated from Centre Island to Woodbine Park. This year’s headliners include The Cure, and our personal fave, Tame Impala.

Brit rockers Mumford & Sons announced three summer dates in Canada, including this month’s stop in Toronto. Touring in support of their latest album, Wilder Mind, Marcus Mumford & the boys are bound to put on an unforgettable gig.

The annual music and arts festival returns this month with a mix of indie and hip-hip, and some epic headliners including Father John Misty, and Ghostface Killah. From Port Lands to clubs and free gigs, NXNE has you covered for live shows this month.

Seattle’s golden child, Macklemore is on tour with producer Ryan Lewis in support of their second album This Unruly Mess I’ve Made. The four time Grammy winner is on tour with The Flavr Blue.

Dallas Green is touring his 2015 release If I Should Go Before You, popping into the hood this month for two dates with Hannah Georgas on day one, and Shakey Graves on the second day

The incredibly attractive Matt Corby is a hot Australian export right now. Besides his dreamy blue eyes and shaggy hair, Corby’s voice is full of soul, rhythm and blues. Check out Corby’s gig this month following his 2016 release Telluric, and allow him to transport you to a dreamy musical land.

Grammy nominated singer/songwriter Ellie Goulding is in Toronto for her Delirium tour. The arena tour includes a setlist of new and old tracks that will leave any Goulding fan with a smile. Openers are indie darlings Matt & Kim.

Sailing into the Sound Academy this month is American electro-rockers Awolnation. The band is currently supporting their record Run, which was released in 2015.

Legendary musician and one half of Simon & Garfunkel, Mr. Paul Simon is back with his thirteenth studio album Stranger to Stranger. With his album release, Simon is taking his classic tunes on the road, and stops into Toronto as part of his North American tour.

After a ten year hiatus, American country gals Dixie Chicks are on a 40+ date North American tour. While there is no new album on the horizon, expect a setlist of fan faves.

When: June 21 and 22 at 7 pm
Where: Molson Canadian Amphitheatre, 909 Lakeshore Blvd. West
Tickets: Available for both dates online starting at $39.25

California’s emo-hardcore band Thrice has been around since the late 90’s. After a five year break since Major/Minor is 2011, the boys are set to release their 2016 album To Be Everywhere Is to Be Nowhere.

Even older than Thrice, The Dead Kennedys were a staple punk band throughout the 80’s and 90’s. Currently on a brief tour, The DK stop in Toronto as their only Canadian tour date.

Sticking with the 90’s punk theme, Florida’s Poison the Well are also on the road this month for a very short North American tour. The band was technically on hiatus since 2010, and began performing live again in 2015.

More 90’s bands! Texan rockers At the Drive-In also make an appearance in our city this month. After reuniting for a second time, the band is expected to be releasing new music, and are currently on tour in North America.

American country music heart throb Luke Bryan is in town for two back to back shows later this month, touring is 2015 album Kill the Lights.

One of Canada’s favourite hosts, Shad is on the road with his tunes this month. The Q host is a rapper with four studio albums, including the 2013 release Flying Colours.

Fitz and The Tantrums

California cool kids Fitz and the Tantrums are indie faves thanks to their catchy, dancey tunes. Their shows are filled with energy, and Toronto’s upcoming concert should be no exception. The band is touring their recent self-titled album.

When: June 25 at 7 pm
Where: The Danforth Music Hall, 147 Danforth Ave.
Tickets: Available online starting at $30