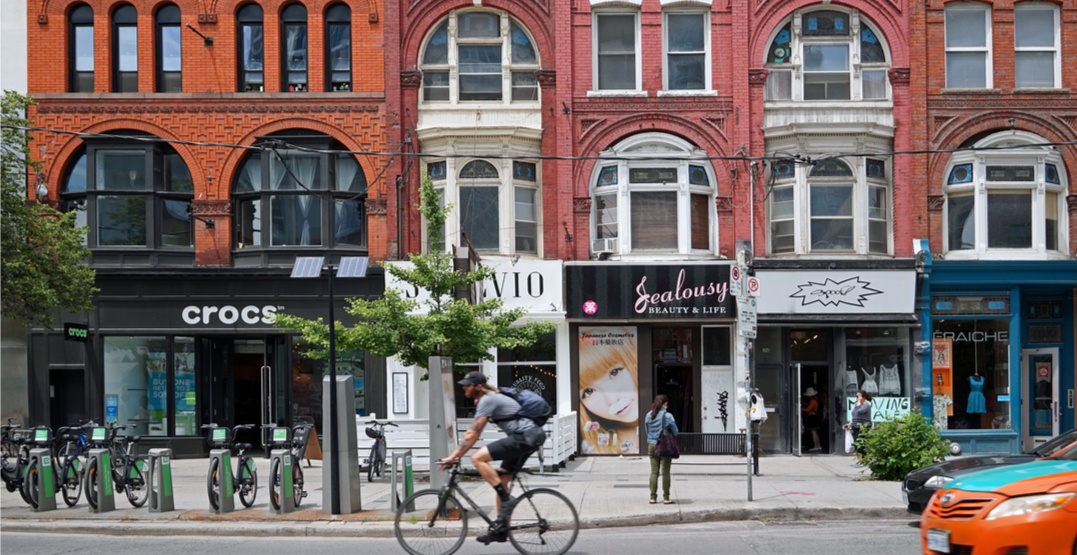 Cycling advocates are hoping a motion going to a city committee this week will address the rising ‘dooring’ incidents in Toronto.

The motion to reduce the number of “doorings” in Toronto will be presented at Wednesday’s Public Works and Infrastructure Committee. The motion from the Board of Health recommends that City Council write to the Premier, the Ontario Minister of the Attorney General, and the Ontario Minister of Transportation requesting that dooring accidents become part of the formal collision reporting process.

The letter is also requesting that The Highway Traffic Act be changed to include that drivers are “at least partially responsible when passengers door a cyclist.”

The Board also said that doorings were previously listed on the Motor Vehicle Accident Report mandated by the province, but because of a change in 2011, they were removed, so Toronto Police now track them as “incidents” rather than “accidents.”

The penalties for dooring offences include a $365 fine and 3 demerit points, as per the MTO.

The motion is also asking for driver education programs to include information that would help educate young drivers to reduce dooring. It asks that G1 Knowledge Test to teach the “Dutch Reach”, which means drivers and passengers would reach over with their other arm to open car doors, therefore forcing them “to swivel their bodies and do a shoulder check and helps to reduce accidents.”

The motion will be considered by City Council on December 5.