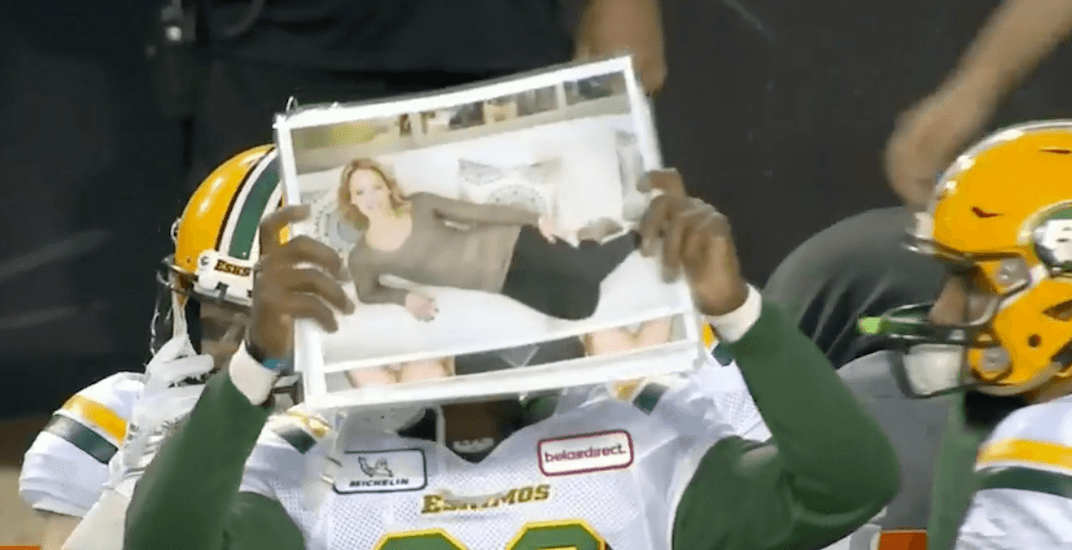 The CFL announced on Thursday morning that it was relaxing its rules for touchdown celebrations, which would now permit the use of props.

“The stakes in our league are very high and the intensity level is second to none,” said CFL Commissioner Randy Ambrosie. “But at the end of the day, football is a game and it should be fun for players and fun for fans.”

Players still aren’t allowed to hide props in their uniforms or the goal posts – sorry Terrell Owens. They must also not be demeaning or discriminatory in any way, can’t simulate the firing of a weapon, or “unduly” delay the game, the league announced.

“Everyone involved wants to reach the right balance between giving players an opportunity to express their joy and creativity and maintaining the pace and sportsmanship of our game,” said Darren Hackwood, the CFL’s senior director of officiating.

Though they must not have had much time to prepare, the Edmonton Eskimos took full advantage of the new rules later that evening.

Not sure where this falls in the rule book, but Edmonton used photos on the sideline to signal play calls, including a picture of TSN’s Natasha Staniszewski. Her SportsCentre co-host, Kate Beirness, appears to be in one of the other photos.

TSN played a role in one of the Eskimos’ touchdown celebrations too, with sideline reporter Matthew Scianitti offering up his microphone as a prop.

“I want you to know, this is a prop,” Scianitti told Edmonton receiver D’Haquille Williams pre-game, pointing to his microphone. “So if you want to use it, you have my blessing.”

“I’ll definitely keep that in mind,” Williams replied. “We gonna make something shake.”

He made something shake indeed, taking full advantage of the offer after a first-half touchdown. 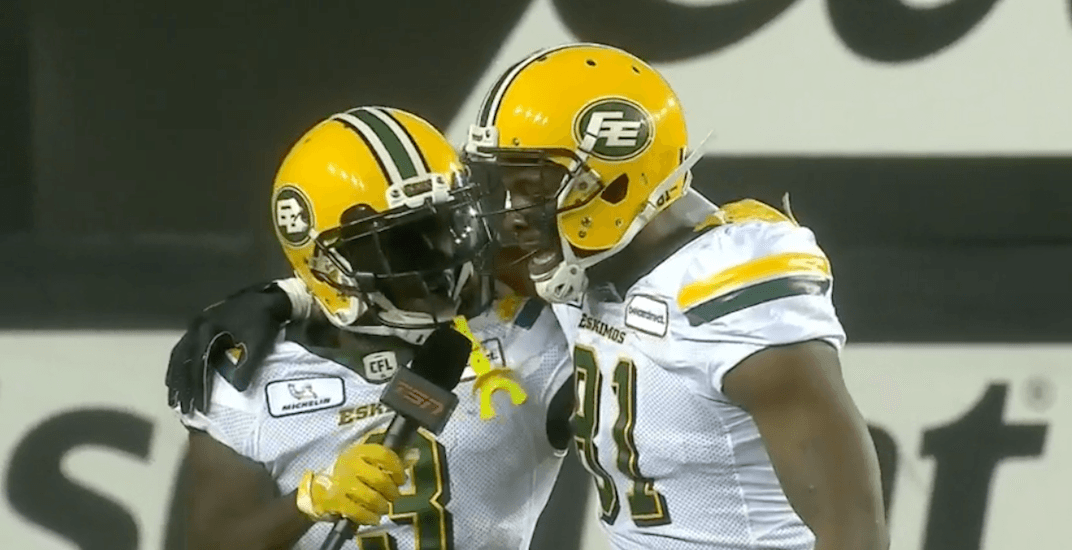 The microphone was only one part of the celebration, as three Eskimos players also played hot potato with the ball in the end zone.

We’ll see what the rest of the league come up with in terms of touchdown celebrations, as they have more time to prepare. Should be fun.