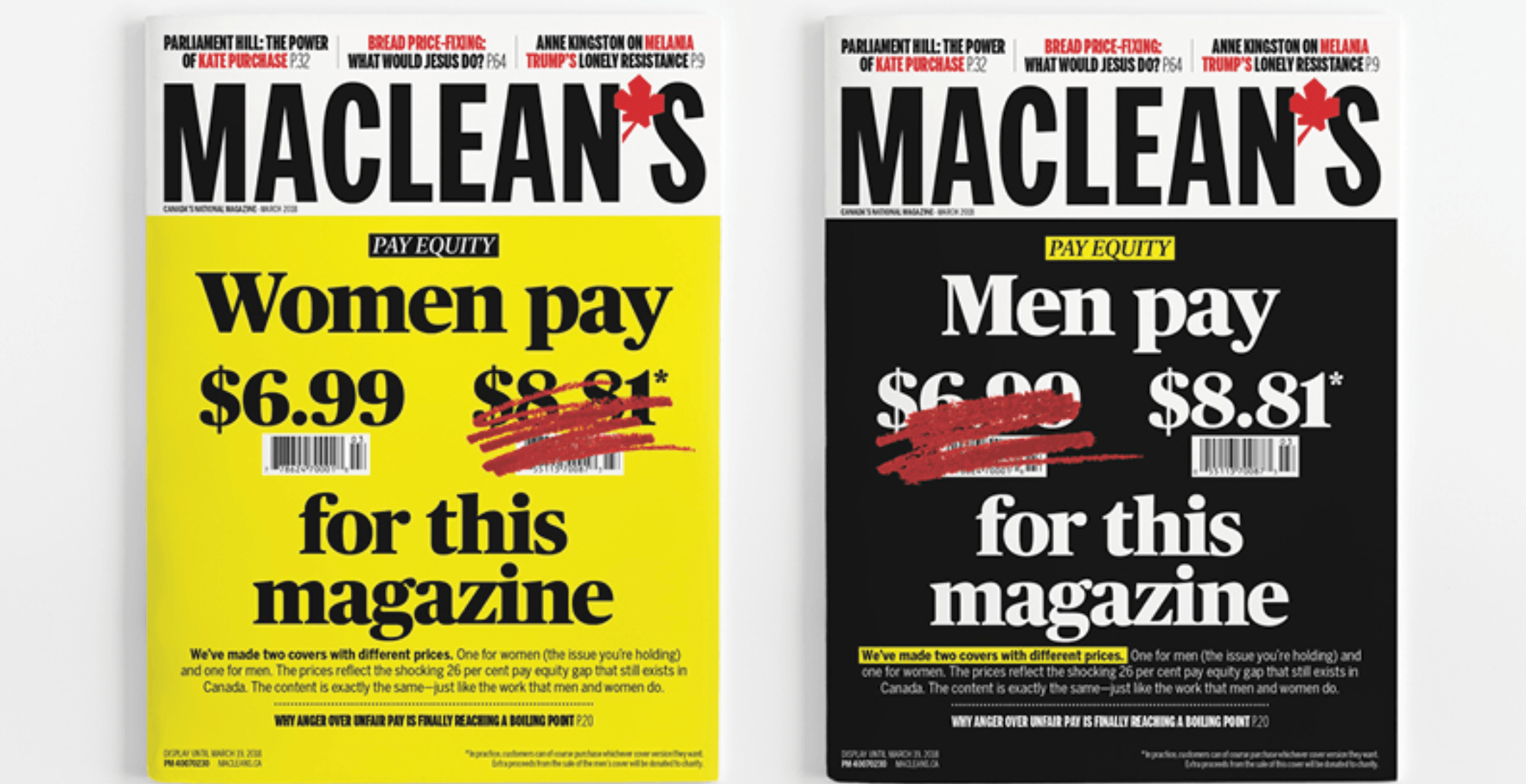 Canadian newsmagazine Maclean’s has decided to increase the price of its latest issue – but the $1.82 price hike is intended for men only.

The 26% increase applies to the magazine’s latest March issue that attempts to tackle the gender pay gap.

The magazine has put out two separate covers — one at $8.81, the other at its regular price of $6.99— in order to reflect the difference in pay between men and women in Canada.

Two covers with two different prices—one at $8.81, the other at our regular price of $6.99—to reflect the 26 per cent gap between full-time wages paid to men and women in Canada. Here’s why Maclean’s is doing this. #PayEquity https://t.co/cxPv7B8BOe pic.twitter.com/ZGjgsNPR3K

“In Canada, estimates for the pay equity gap range from eight per cent to as high as 50 per cent, depending on what you’re measuring (we went with 26 per cent for the cover as that Statistics Canada number compares full-time working women with full-time working men, a broad comparison capturing most workers in Canada),” said Maclean’s on its website.

The magazine’s, um, ballsy move has many people venting on social media, calling the decision “sexist” against men.

So your solution to equality is to discriminate men you’re part of the problem not the one resolving it!

The gender pay gap is fake. How in the hell is this crap being allowed?

I’ll just buy the women’s issue, and tell the cashier not to assume my gender. #WinWin Then garbage this magazine🚮

Maclean’s says it wants to give back using the $1.82 difference in cover price. The money will be donated to Indspire, an indigenous-led charity will use the funds to create a scholarship for one Indigenous woman.

“Our hope is that these dual covers stir the kind of urgent conversation here that is already happening elsewhere around the world,” said Maclean’s.

However, men will not be forced to pay more for the March issue. The magazine has made clear that readers can choose which cover they want to purchase, despite their gender.