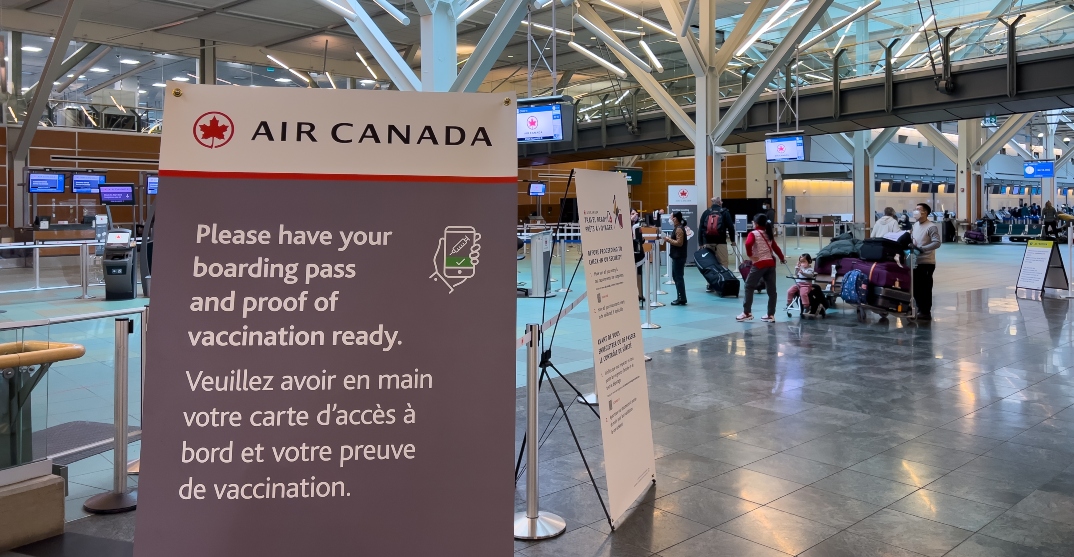 The Government of Canada has extended the current border measures for travellers entering Canada.

Canadian airports and land borders will continue to implement vaccine proof, random COVID-19 testing, and mandatory pandemic questions on the ArriveCAN app throughout the country until at least June 30.

The extension means that all travellers — regardless of COVID-19 vaccine status — will need to continue uploading documents into the ArriveCAN before touching down at any point in Canada.

On Tuesday, the Liberal government announced the measures will last until at least June 30.

On Monday, the Conservative Party’s attempt to reverse the Liberal government’s stronghold on travel restrictions for Canadians was denied. The CPC’s motion “Rules and service levels for travel” was defeated 202 to 117 in the House of Commons.

The motion was sponsored by the Conservative Party’s Melissa Lantsman, who cited that citizens are currently “experiencing unacceptable wait times at Canadian airports” and that “current restrictions have been cited by experts as ineffective and contributing to additional delays, costs, and confusion.”

Lantsman lobbied that Canada’s international allies have already moved to lift all COVID-19 restrictions at airports and other points of entry, claiming that Canada is “losing business and economic opportunities. The House voted on asking the Liberal government to “immediately revert to pre-pandemic rules and service levels for travel.”

Canada’s Conservative Party says the country’s current travel mandates are “outdated, unscientific, and only hurt Canadians and businesses.” The party asked the NDP-Liberal coalition to “follow the science, get in line with our allies, and end the extreme delays.”

On Monday afternoon, Lantsman tweeted that the Liberal government “still has not shared any justification for their outdated and out-of-step restrictions.”

Last week, Canada’s Chief Public Health Officer Theresa Tam was asked about passengers contacting COVID-19 on flights. She said there have been “very few reports” and “extremely rare” cases of transmission aboard aircraft in Canada. Tam says officials are learning “more and more” about technology and ventilation on modern aircraft and that ventilation aboard planes is “actually really good.”

On Tuesday, Canada’s Transportation Minister Omar Alghabra says the government is trying to “strike the balance between protecting public health and ensuring the fluidity and movement of our economy.”

The minister says “some European airports” that don’t currently have public health measures in place are also experiencing delays.