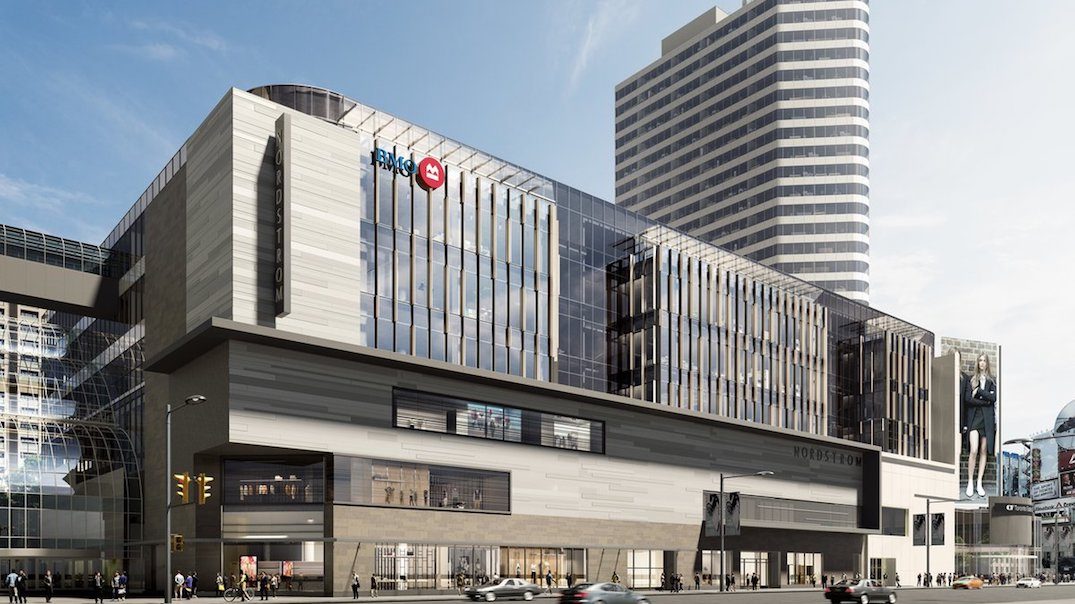 A staple downtown Toronto building is being transformed to a new four-storey “urban campus.”

BMO Financial Group is revitalizing commercial space at the Toronto Eaton Centre, re-purposing it into “a sprawling urban work campus.” The 346,000 sq. ft., four-storey, work-space will be next door to Ryerson University’s Ted Rogers School of Management, and will house 3,500 of its employees.

The property, located on the southwest corner of Yonge and Dundas street, is the former Sears department store. It’s considered one of the bank’s most significant workplace design projects since First Canadian Place broke ground 40 years ago.

“This urban campus is central to the business transformation that’s underway at BMO,” said Darryl White, Chief Executive Officer of BMO Financial Group, in a statement. “We’re positioning the bank to be at the forefront of change and lead the industry. This new workplace will be a centerpiece for how we drive value.”

BMO said it also remains committed to maintaining the bank’s headquarters at First Canadian Place, and have extended the lease for another 15 years.