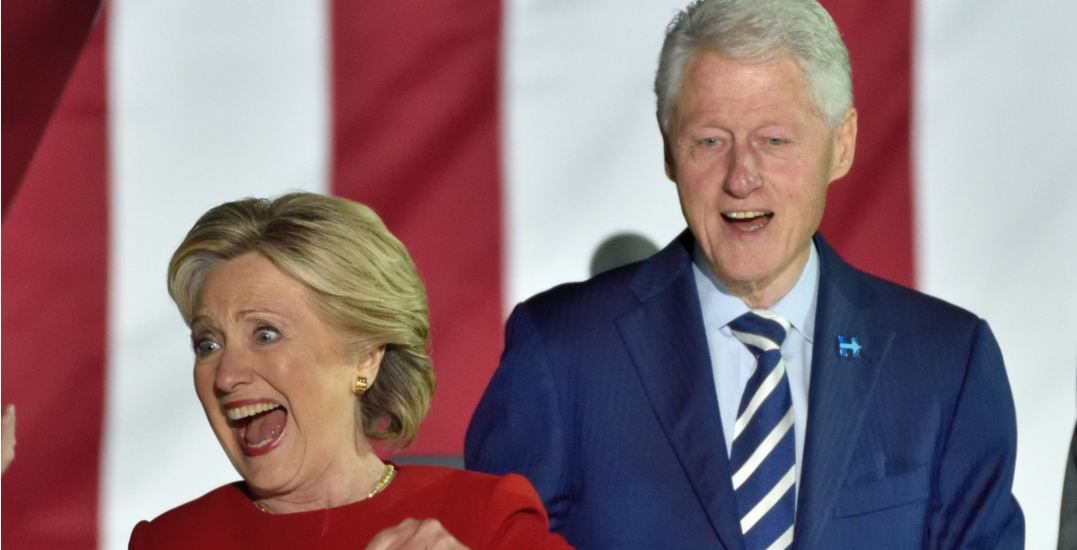 There’s a big power couple hitting the road, and no it’s not Beyonce and Jay-Z.

Guests will have the opportunity to hear conversations of the two as they tell stories from some of the most impactful moments in modern history. From the American presidency, to the halls of the Senate, to one of the United States’ most controversial and unpredictable presidential elections, the Clintons will give a powerful perspective of the past and where to go from here on.

The Clintons will kick off the 13-city trek on November 18 in Las Vegas at the 5,200-seat Park Theatre before making their way to Toronto.

Other Canadian stops include Montreal on November 28 and Vancouver on May 2.

The political leaders will be in Toronto at the Scotiabank Arena on Tuesday, November 27.