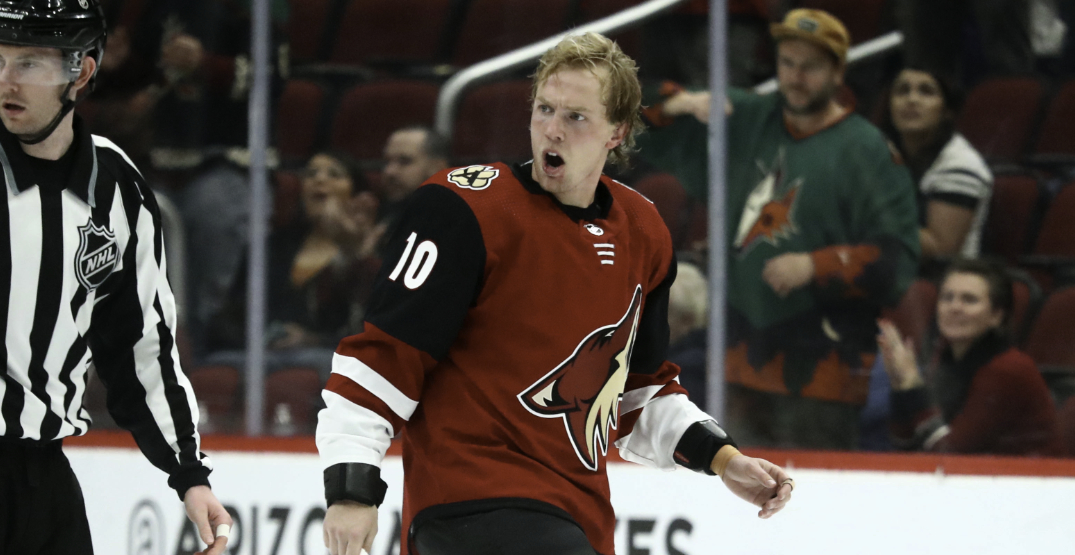 The Arizona Coyotes are staying put.

At least, that’s the word from the organization after rumours surfaced Thursday morning about the franchise being for sale and possibly relocating to Houston.

Arizona is 30th in attendance this season, drawing an average of 12,184 fans to Gila River Arena in Glendale. Houston is the fourth largest metropolitan city in the United States and has an NHL-ready rink in the Toyota Center arena.

“This is false. Totally false. We’re not selling. We’re not moving. The Coyotes are 100 percent committed to playing in Arizona,” the Coyotes said in a statement shown below by Emily Kaplan of ESPN.

There are some reports that the Coyotes are up for sale, to be relocated to Houston.

The Coyotes' response: “This is false. Totally false. We’re not selling. We’re not moving. The Coyotes are 100 percent committed to playing in Arizona.”

Eric Macramalla, a legal analyst for Forbes, reported earlier Thursday that the Coyotes are for sale with the plan to relocate the franchise to Houston. Mike Ozanian, his colleague at Forbes, cited an anonymous banking source for the information.

Houston was home to a WHA franchise from 1972 to 1978 and has served as a home to minor league hockey in the past.

As per my Forbes colleague @MikeOzanian, the Arizona Coyotes are "for sale again with idea of buyer eventually moving team to a new arena in Houston."

Relocation rumours have been a longstanding tradition for the Coyotes.

Adding fuel to the latest fire is the fact the City of Glendale announced in August that it would not renew its lease agreement with the Coyotes following the 2021-22 season, leaving the team homeless.

With an increased focus on larger, more impactful events and uses of the city-owned arena, the city of Glendale has chosen to not renew the operating agreement for the Arizona Coyotes beyond the coming 2021-22 season.

Alex Meruelo became the majority owner of the franchise in 2019 and currently owns the team.

In September, the Coyotes proposed a 16,000-seat arena development in Tempe, a community 30 minutes east of Glendale.