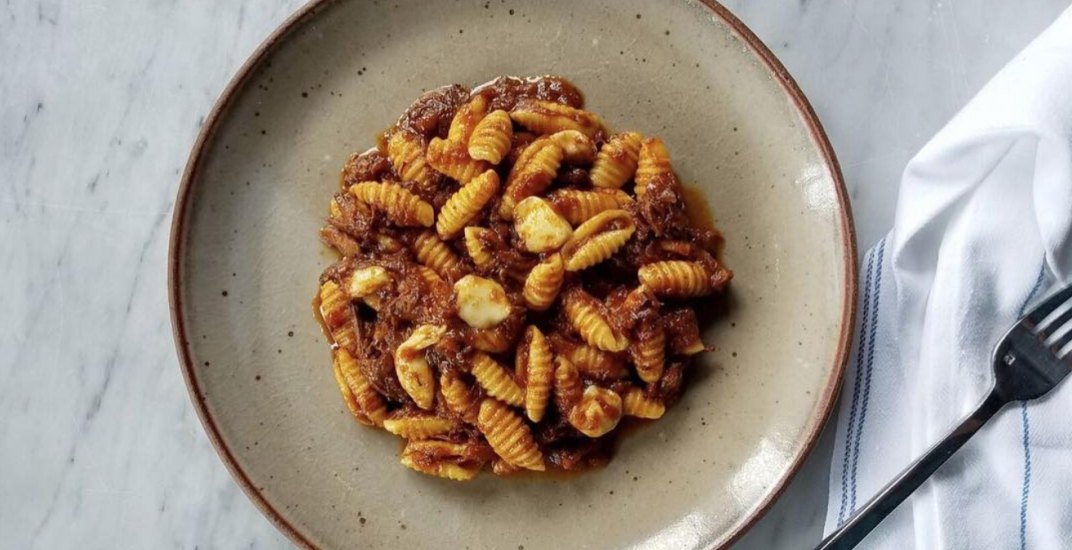 Esquire just named the best new restaurants in America and an opening from a Toronto restaurateur has taken the top spot. Felix Trattoria in Venice, California comes in at number one on the list of restaurants opened in 2017.

The Italian restaurant manned by Chef Evan Funke is part of the Gusto 54 family of restaurants from Toronto’s very own Janet Zuccarini (Gusto 101, and the soon to open Chubby’s Jamaican Kitchen.)

Per the Esquire article,

The delirium of dining at Felix hits you right away: that first sip of a white negroni, that first hot-to-the-fingertips pillow of sfincione bread. Something is going on here, you think. You watch the chef, Evan Funke, bullish and bearded, rolling sheets of dough by hand in a glassed-in bunker like some ancient Minotaur-lord of pasta. And when that pasta begins coming to the table—perfect tender-chewy waves of tonnarelli, orecchiette, trofie, mezzemaniche—you abandon language and start communicating with grunts and moans. Simultaneously comforting and thrilling, traditional and innovative, Felix is not only the best new restaurant in America; it’s the kind of operation that makes you feel, when you’re lucky enough to be in the middle of it, that it’s the incarnation of everything life ought to be.

Here in Toronto, we’re proud but hardly surprised. We already know that the culinary talent in this country can’t be contained by borders. Congrats!