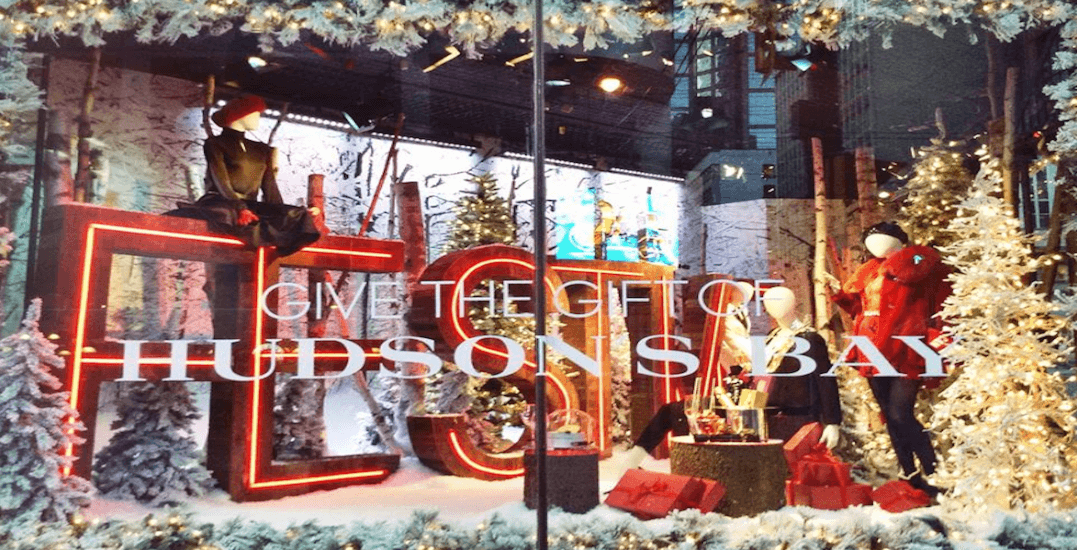 Halloween is wrapping up today, which means we can officially start to get excited about the holidays (without being judged by our friends).

For those who have yet to get the holiday bug, Hudson’s Bay and Saks Fifth Avenue will be kicking off the holiday season with its second annual holiday windows unveiling event.

This Thursday, November 2, you’re invited to celebrate the city of Toronto and the upcoming holiday season with the revealing of the iconic holiday windows, plus a free performance from three-time Grammy award-winning and multi-platinum-selling a cappella group Pentatonix.

Following the magical outdoor festivities, guests are invited to visit Hudson’s Bay and Saks Fifth Avenue for shopping and plenty of holiday cheer.

There will also be a number of festive activations set up in store, including a holiday photo booth and ornament painting from vendors including Clinique, Michael Kors, Nespresso, Our Generation Toys and TOPSHOP/TOPMAN.

Last year’s window unveiling was a massive party, so we can only expect that Hudson’s Bay and Saks will be putting on an even bigger show this year.