The holiday season is here, and if you’re hoping that keys to a new place will be under your Christmas tree, you could be in for a surprise as some rental markets in Canada are cooling off. 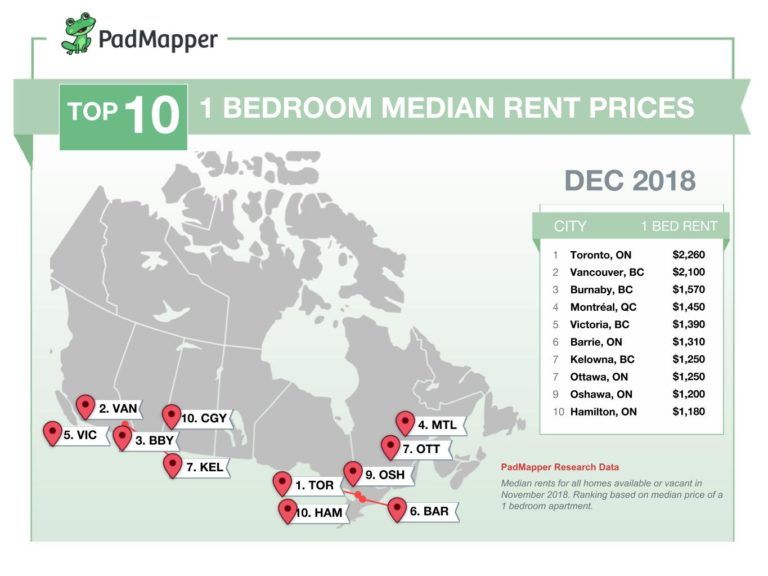 Vancouver is the second most expensive city in Canada. But renters should note that one bedroom prices decreased 0.5% to $2,100, and two bedrooms also dropped 0.3% to $3,150.

This month, Abbotsford, BC, saw the largest monthly one bedroom rental growth rate in the country, with a 5.6% increase, bringing prices to $950. Two bedroom prices also increased by 1.9% to $1,080.

The battle for the cheapest one-bedroom rent in the country once again goes to Windsor, Ontario, where you can you can rent a single-room suite for a cool $740 per month. 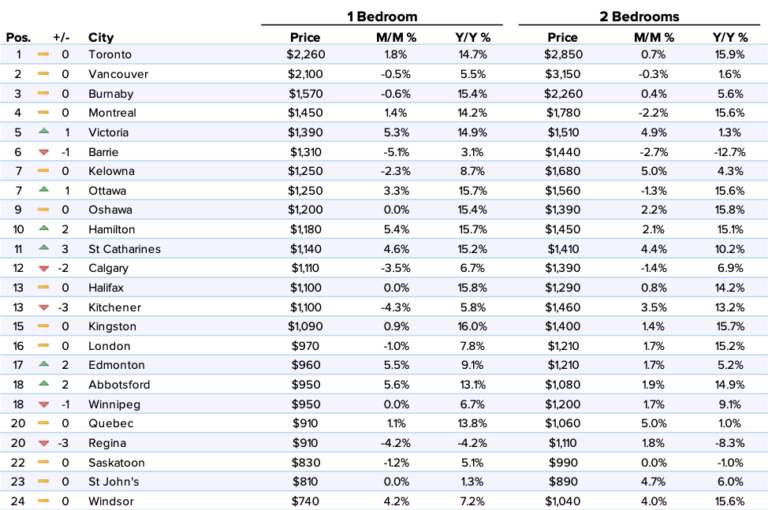