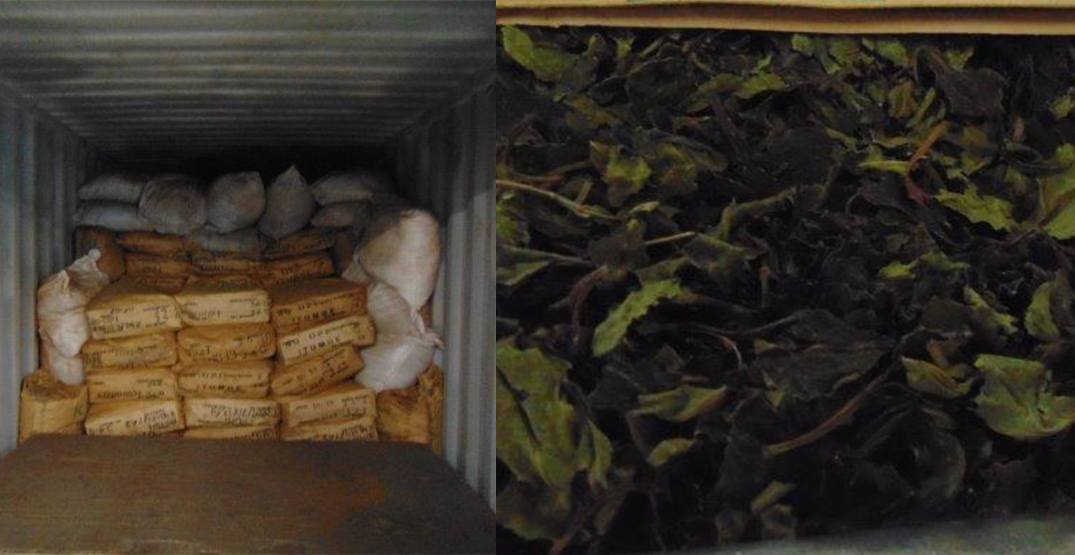 The marine container, imported from Kenya, contained 125 bags of a dried leafy substance. But instead of tea, they actually contained khat, a stimulant derived from a shrub found in East Africa and Arabia.

Derivatives of khat are restricted under the Controlled Drugs and Substance Act. Chemicals in the plant produce similar effects to amphetamines, according to a Canada Border Services Agency news release.

“This substantial seizure of khat was the result of a collaborative effort involving officers from the Metro Vancouver Marine Operations, the Pacific Region Intelligence Section, and the National Targeting Centre,” CBSA spokesperson Joseph Chayeski said. “It illustrates how thorough inspections of marine containers help to keep illicit and dangerous products out of our communities, which is a responsibility that we take very seriously.”

Officers made the bust on October 4, and released images of the seized leaves on November 26. A total of 2,061 kilograms of khat were seized.