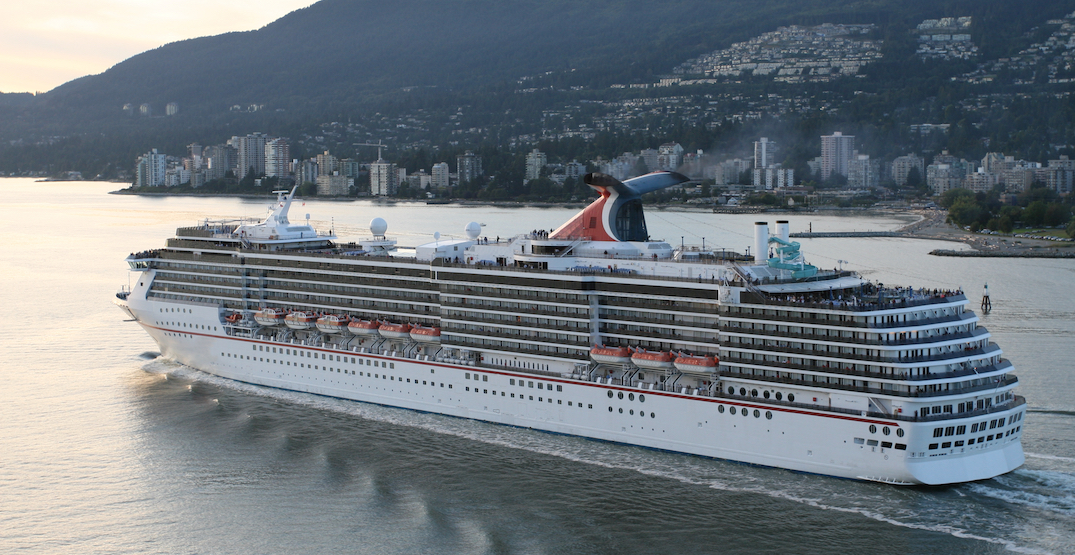 A Carnival Line cruise ship sailing out of Burrard Inlet, with West Vancouver in the backdrop. (Shutterstock)

Private and public entities operating in Washington State, British Columbia, and Alaska are partnering together to examine the feasibility of a so-called “green corridor” for their shared maritime route for cruise ships.

Such a corridor is where zero greenhouse gas emission solutions are demonstrated and supported. To accelerate the progression of zero-emission cruise ships into becoming fully viable, the program would be backed by technological, economic, and regulatory considerations and initiatives.

The partners in this effort include the Port of Seattle, Vancouver Fraser Port Authority, City and Borough of Juneau, Global Maritime Forum, Blue Sky Maritime Coalition, and Washington Maritime Blue.

The establishment of the partnership was announced during the International Association of Ports and Harbours World Ports Conference, held in Vancouver this week.

“The Pacific Northwest is both an area of tremendous natural beauty, and an area of global leadership in advancing sustainable shipping,” said Robin Silvester, president and CEO of the Vancouver Fraser Port Authority, in a statement.

“We look forward to building on those efforts, in collaboration with our partners, customers and local stakeholders, by exploring the feasibility of a first-of-its-kind ‘green corridor’ to advance cleaner, greener shipping at the Port of Vancouver and through this region.”

In total each year, Alaska typically sees about 600 cruise sailings, mainly sailing to and from Seattle or Vancouver.

“By exploring the development of a green corridor’, we’re bringing resources and technological advancements to this region where commercially viable zero greenhouse gas emissions ships may sail that much sooner,” said Fred Felleman, the commissioner of the Port of Seattle.

“We’re not naive about the challenges ahead. But we recognize the urgency to act as we transition to an inclusive blue economy that works for the climate, commerce, and communities alike.”

Eventually, this partnership formed by the three cruise ports could be expanded to other sectors of the maritime industry and other regional ports, including cargo, ferries, commercial fishing, and tug and barges.