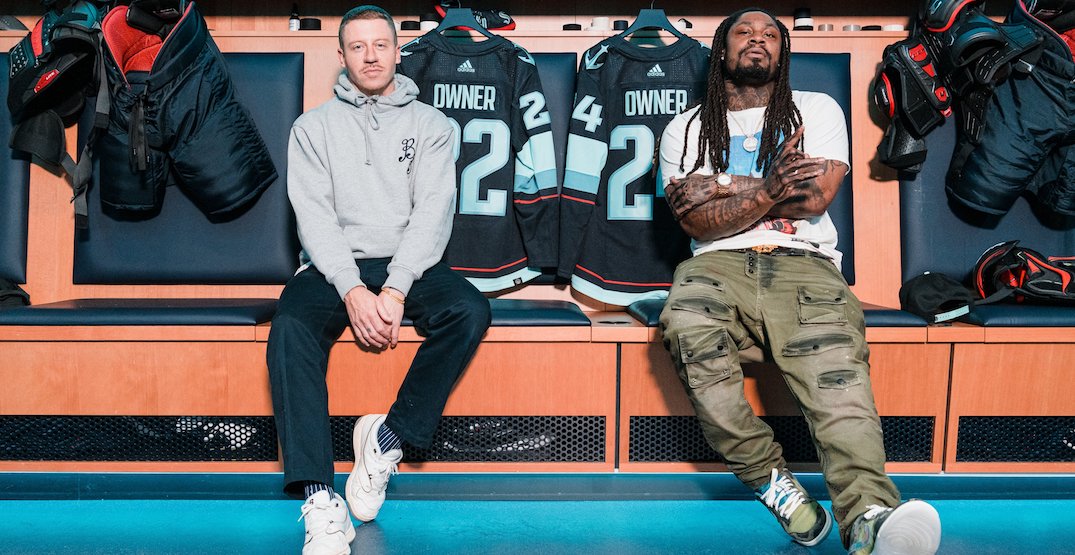 The Seattle Kraken has added some star power to the ownership group.

“On God, I’ve been a part of a lot of things,” said Lynch, “but this is something I never would have imagined. As a young hyena, I always dreamed of playing on a professional team but owning one is something special.”

The charismatic retired NFL star marked the occasion by doing ice donuts on a Zamboni.

We tossed new #SeaKraken investor, @moneylynch, the keys to the zamboni and let's just say he went full Beast Mode on the ice! 😂 pic.twitter.com/lMRdolwz2I

“Being a part of the Seattle Kraken is something big for me,” Lynch added.

“It gives me another chance to get a ring after helping bring the first NFL one to the city. And if you thought I was goin’ somewhere, nah Seattle, I’m here! Stand up!!!!”

Macklemore, who grew up in the Capitol Hill neighbourhood and still lives in the Seattle area, also spoke highly of his new venture.

“I have so much love for our city,” Macklemore said in an Instagram post. “The Seattle teams that we root for bring our community together and unify the people. In many ways, our franchises defined my childhood to the present.

“I’m just grateful to be a part of history. Grateful to usher in a new generation of sports fans and memories that will be made. I was a kid sneaking into the nosebleeds who made it to the owners’ suite… And Marshawn’s in here too?! We just getting started.”