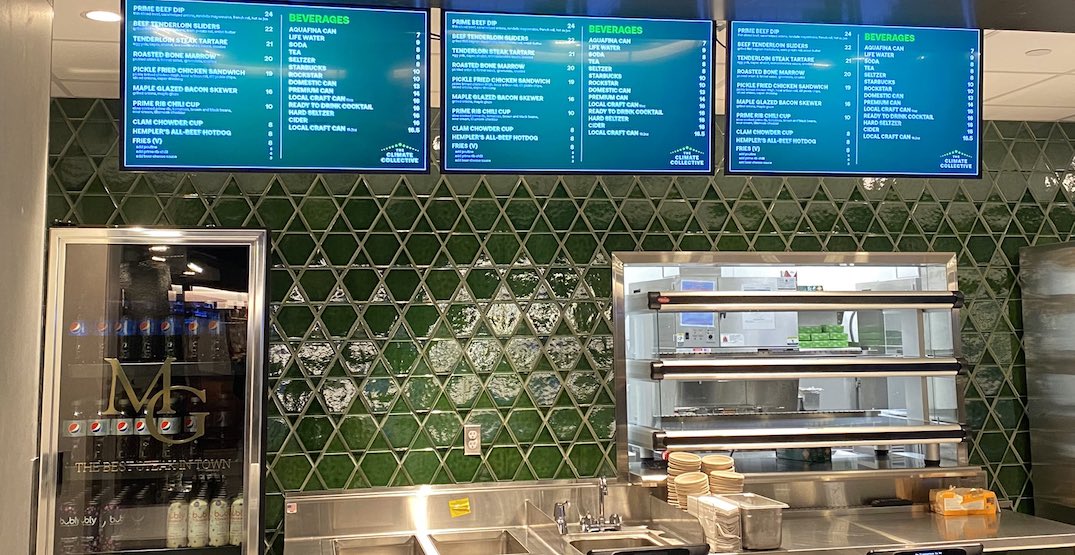 The brand new arena at Seattle Center, which kept the old KeyArena roof but gutted the rest, hosted the first-ever Seattle Kraken home game on Saturday night. Their new rival, the Vancouver Canucks, spoiled their party with a comeback 4-2 road win.

Still, Seattle had a blast in their first game, with the team already proclaiming that they have the “best” and “loudest” fans in the NHL.

The Kraken may have the most expensive concession prices too.

The building cost an estimated $1.15 billion to complete, so perhaps we shouldn’t be surprised. Though, many were that saw my photo of one of the concession stands on the main concourse.

While the prices may not be completely out of whack compared to some other stadiums in the United States, certainly compared to Rogers Arena in Vancouver, they were high.

Add in the fact that the prices were in American dollars? Well, the menu was a little shocking for some fans north of the border.

The top priced item was the prime beef dip, which costs $24 USD (nearly $30 in Canadian dollars). There were some interesting food choices available, like tenderloin steak tartare and roasted bone marrow.

Even water was expensive, with a can of Aquafina costing $7, and something called “Life Water” running for $9.

It should be said that the prices didn’t dull the atmosphere one bit, as fans arrived early and made noise all night long.

Can we lock in a low rate on a 5 year amortization for the local craft can?

I'll just sneak in my own food and drinks!

What in the world is Life Water and why is it $9?

After opening the season with five straight road games, the Kraken play their next three games at home, hosting Montreal, Minnesota, and the New York Rangers.