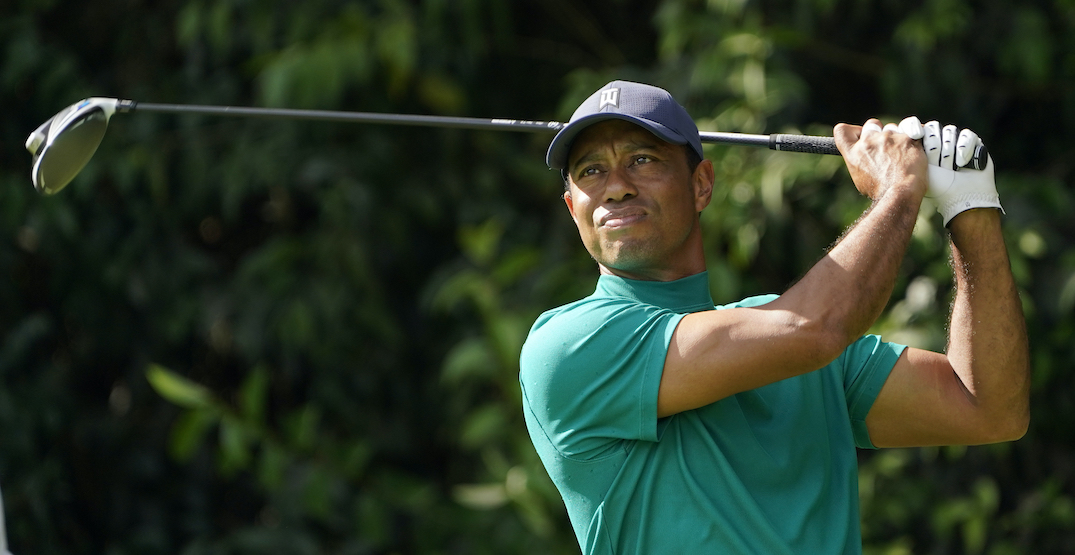 Tiger Woods is recovering in the hospital following an early morning “single-car accident” in Los Angeles on Tuesday.

According to a press release, Woods had to undergo a “long surgical procedure on his lower right leg and ankle.”

Dr. Anish Mahajan, the chief medical officer and interim CEO at Harbor-UCLA Medical Center, said Woods shattered the tibia and fibula bones of his lower right leg in multiple locations. A rod in the tibia stabilized those injuries.

Additional injuries to the bones in the foot and ankle required screws and pins, Mahajan said in the statement.

“He is currently awake, responsive and recovering in his hospital room,” the press release went on to say. “Thank you to the wonderful doctors and hospital staff at Harbor UCLA Medical Center, the Los Angeles County Sheriff’s Department, and the Fire Department. Your support and assistance has been outstanding.”

The LA Times says law enforcement sources told them that Woods was “traveling at a high rate of speed” and lost control of his SUV, which crossed the divider and rolled multiple times before coming to a stop.

According to the LA County Sheriff’s Department, Woods needed the jaws of life to be removed from the vehicle. 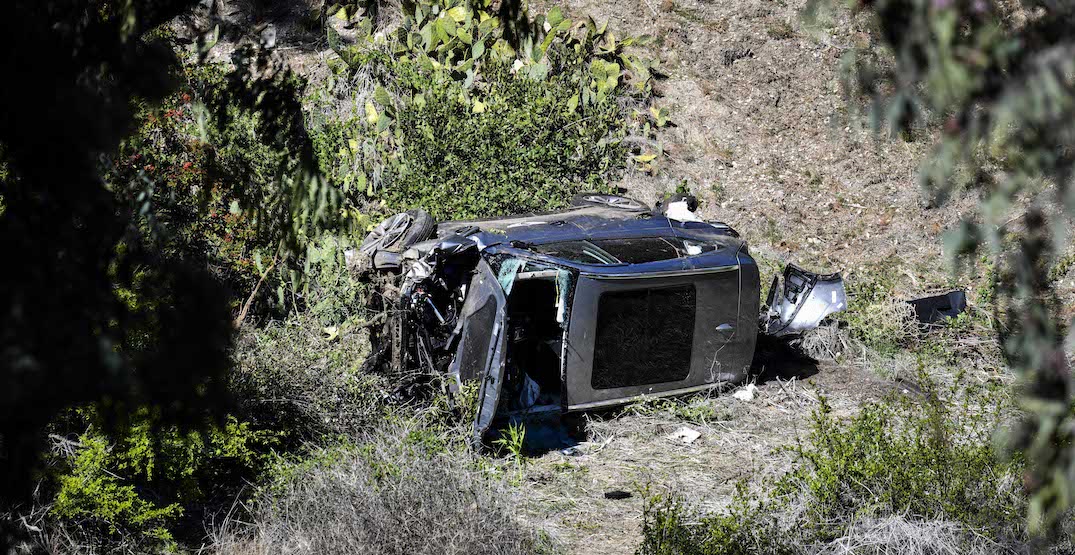 The LASD says it responded to the collision around 7:12 am yesterday, on the border of Rolling Hills Estates and Rancho Palos Verdes, located south of Los Angeles, just west of Long Beach.

Woods was the lone person in the car, and the vehicle sustained significant damage. Investigators from LASD Lomita Station are conducting a traffic investigation.