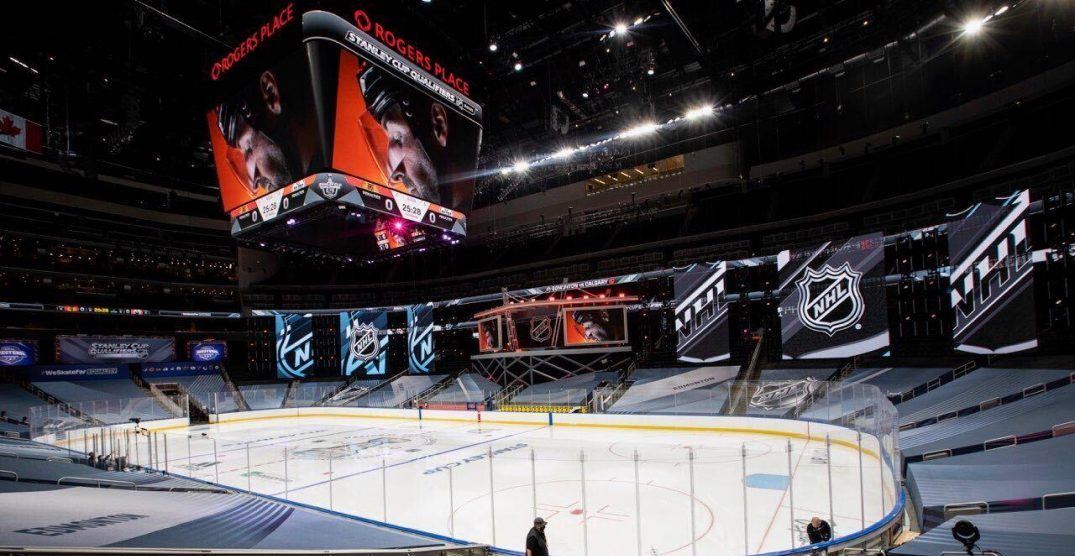 On the day that the NHL began Phase 4, the final phase of its return-to-play plan, it delivered good news.

In the 4,256 COVID-19 tests administered to more than 800 players in the last week, none came back positive. This follows last week’s update in which just two players tested positive.

This is a positive development, as all 24 participating teams traveled to the NHL hub cities of Edmonton and Toronto on Sunday. Players, coaches, and staff will now be in the bubble for the duration of their respective playoff runs, though Eastern Conference teams will need to relocate to Edmonton for the Conference Finals and Stanley Cup Final.

“All 24 teams entered the secure zone in Edmonton and Toronto yesterday for the beginning of Phase 4 and each of the 52 members of the 24 teams (players and club staff) will be tested on a daily basis,” the league announced.

The NHL says it will continue to provide “regular updates” on test results, although it will not be providing information on the identity of the players or teams. In fact, the NHL’s policy is to no longer provide specific player injury/health updates of any kind in the name of medical privacy, beyond saying a player is “unfit to play.”