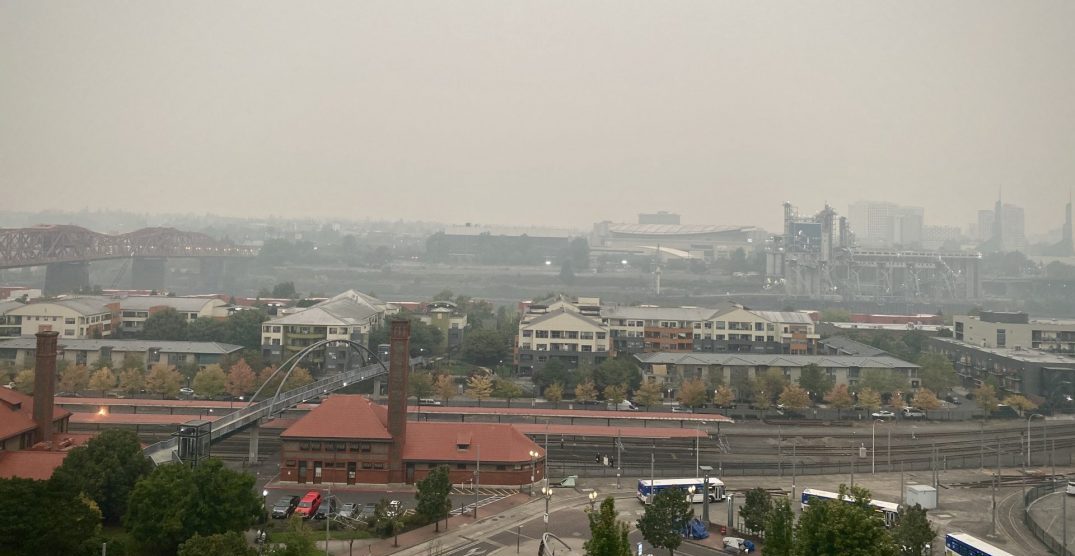 While there are currently no evacuation orders within Multnomah County, the air quality has reached unsafe levels in Portland, with evacuation readiness being prepared as close as Oregon City.

Due to the wildfires, both Oregon Governor Kate Brown and Portland Mayor Ted Wheeler have declared emergencies.

Outdoor county- and city-controlled parks and recreational areas will be closed until at least Thursday, September 24.

“All outdoor parks and natural areas owned by the City of Portland, including all forested parks, and other locations as designated by the Director of the Portland Bureau of Emergency Management, are hereby closed to the general public,” said Wheeler in the declaration.

A number of businesses are closing to dissuade the general public from leaving their homes and exposing themselves to the potentially harmful air qualities. Some beloved food spots like JoJos Food Truck and Cafe Rowan have announced that they will be closed on Friday, September 11 due to the smoke.