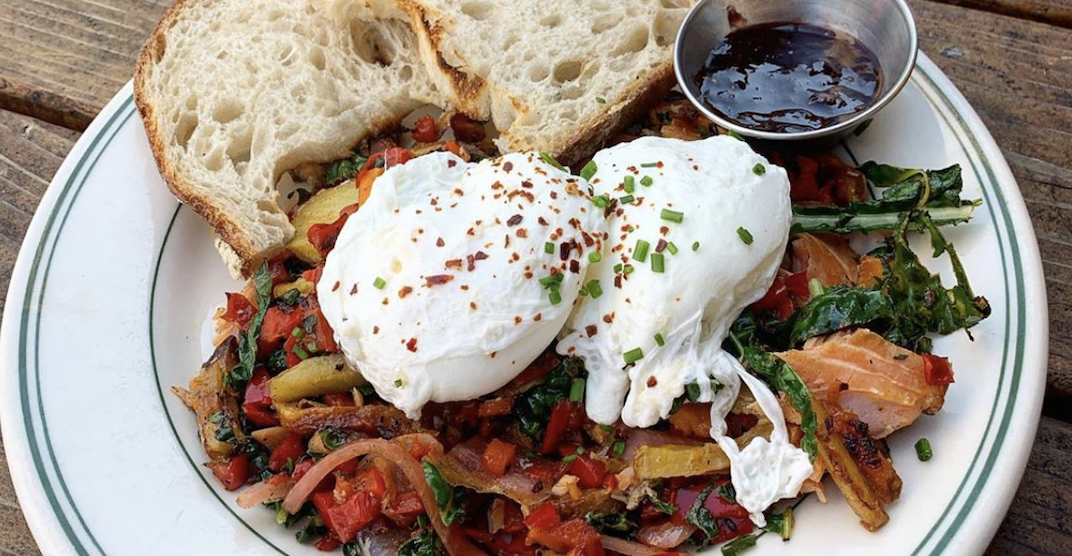 Ah, Weekends. Those two days every week that serve as a brief and much-needed respite from the endless 9 to 5 grind.

Coincidentally, it’s also the two days that go by faster than the speed of light.

While there are few pleasures in life as satisfying as sleeping in on a Saturday and then digging your fork and knife into a giant plate of runny eggs, crisped salty hash browns, and smoked sausages (or vegan patties for you plant-eaters out there), you’re likely to break your bank if you’re one of those brunch connoisseurs who is intent on frequenting PDX’s brunch hot spots and newly opened up brunch spots.

We here at Daily Hive, out of the sheer goodness of our heart, have put together a handy dandy guide for those Portlanders out there who are brunching on a budget.

Literally everything on the menu at Anna Bannanas is under $10. The portion sizes at Anna Bannanas are huge, and the food itself is delicious and soul-satisfying. Our personal recommendation is the Hot Pastrami On Rye sandwich which comes with tender pastrami, tangy sauerkraut, Swiss cheese and dijon mustard sandwiched between the loving embrace of nutty rye bread, only for $7.50. Or, you can get the Rio Bowl for $5 if you’re feeling something a little healthier. The Rio Bowl is an açai yogurt bowl topped with fruit and crunchy almond granola.

Low-key considered to have some of the best gravy in all of Portland, Bertie Lou’s Cafe is a funky hole-in-the-wall establishment that has been whipping up some of the best biscuits, scrambles, omelettes, and sandwiches to feeds its loyal customer base every weekend since over three decades. Their chicken fried pork chops with French toast is pretty much as close as you can get to a foodgasm.

Eisenhower is a classic brunch spot, and you just can’t go wrong with their freshly baked, vegan bagels, which come in a variety of flavors including our two favorites black sesame and sea salt, and Sriracha, garlic, and onion. Nearly all of the menu items are under $10, and Eisenhower offers a variety of toppings and spreads so you can custom build your own dream bagel sandwich.

Self-titled as the “champions of breakfast,” Cricket Cafe’s menu features omelettes, benedicts, burritos, and waffles, all catered for every different kind of dietary preference. Their menu items are all under $15. Some highlights from their menu include their Truck Driver Burrito stuffed with eggs, bacon, fries and cheese, as well as their vegan Portland skillet that comes with tofu, peppers, onions, potatoes, and piping hot vegan gravy.

A hidden biscuit gem in a city chock full of restaurants serving up biscuits, Pine State Biscuits has gathered a cult-like status for a reason. Its rich, buttery biscuit sandwiches are stuffed with toppings of every kind, including smoky andouille sausage, fried chicken, steak, and bacon, all for a price under $9. If that’s not a biscuit of a deal, we don’t know what is.

My Father’s Place is an old-school family-operated bar that offers hearty American diner fare. With prices under $15, their extensive menu offers everything from buffalo chicken wraps and Cobb salads, to ribeye steaks with eggs, and vegetarian omelettes. The rock-n-roll dive bar ambiance combined with the bar’s cheap, delicious and filling food, make this one of the best brunch spots in PDX.