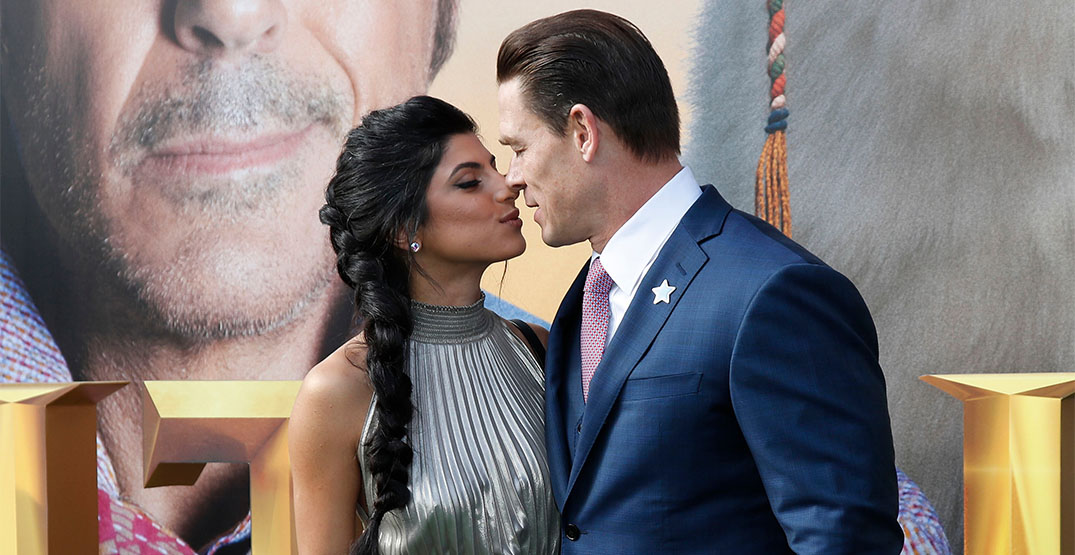 The WWE star tied-the-knot with Vancouver’s very own Shay Shariatzadeh, 30, in Tampa, Florida, on Monday, October 12. After the secret ceremony, Shay and John were seen snapping selfies outside the courthouse.

The couple met in Vancity when John was shooting his film Playing With Fire about a year after his split with Total Bellas star Nikki Bella. Learn more about the Vancouverite who just became Mrs. Cena.

Shay attended the University of British Columbia from 2008 to 2013, earning a Bachelor’s Degree in Electrical and Electronics Engineering. Since graduating, she’s remained an active alumni with the university’s mentorship program, where she “contributes to the future of engineering and technology by assisting the next generation of leaders,” according to her LinkedIn profile.

“I have always enjoyed math and physics,” she said in a 2019 interview for International Women’s Day posed to her former employer Avigilon’s website. “My brother studied engineering in school, and I remember one day he came home with a project and it was an autonomous car — and that was it! I decided to study Engineering,” she added. While studying at UBC, she worked as a sales associate at lingerie store La Vie En Rose, followed by a stint at Guess.

2. She works in tech

Shay was employed as a product manager at Vancouver-based Avigilon, which is a Motorola Solutions Company, when she met John. In her role, she focused her research on video intercom systems, thermal cameras, and video surveillance. After a four-year stint at Avigilon, she went on to a remote product manager role with tech company Sonatype, where she focuses on data integration.

“I was lucky to meet a mentor early on in my career who told me about Product Management, which was the perfect balance of technical, business and people skills for me,” Shay previously said of her career path. “I interviewed multiple Product Managers to figure out how they got into their role, and I followed their path. Today, I take pride in working in the video security industry because our products help keep people and their assets safe, and that’s my little contribution to our world,” she explained.

The couple has stayed fairly low key; however, some eagle-eyed Vancouverites spotted these two holding hands downtown after a date in March 2019. Shay and John began a long-distance relationship after the film wrapped, and were spotted kissing at the airport in April the next month, followed by a four-hour dinner at Ocean Prime in Tampa, Florida. John and Shay made their red carpet debut in October 2019 for the NYC premiere of Playing With Fire, which was the flick he was working on in Vancouver when they met.

3. She has a close relationship with her mom

Shay previously revealed that her mom, who is a surgeon, is her biggest inspiration. “The strongest and most hard-working woman I know is my mother. The biggest lesson she taught me was to be independent and fight for the things I want in life,” she said. “She is a surgeon who worked day and night so we could have a good life…She is the reason I fight to be the best version of myself, to be kind and to never give up — because, despite all the hardship, she always smiled. She is my hero.”

Shay listed her residence of Vancouver on the couple’s marriage certificate but indicated she was born in Iran. She revealed in an interview that she immigrated with her mom and brother to Canada. “While [my mom] was at the peak of her career, she gave it all up to move her family to Canada to give us a better future,” Shay said.