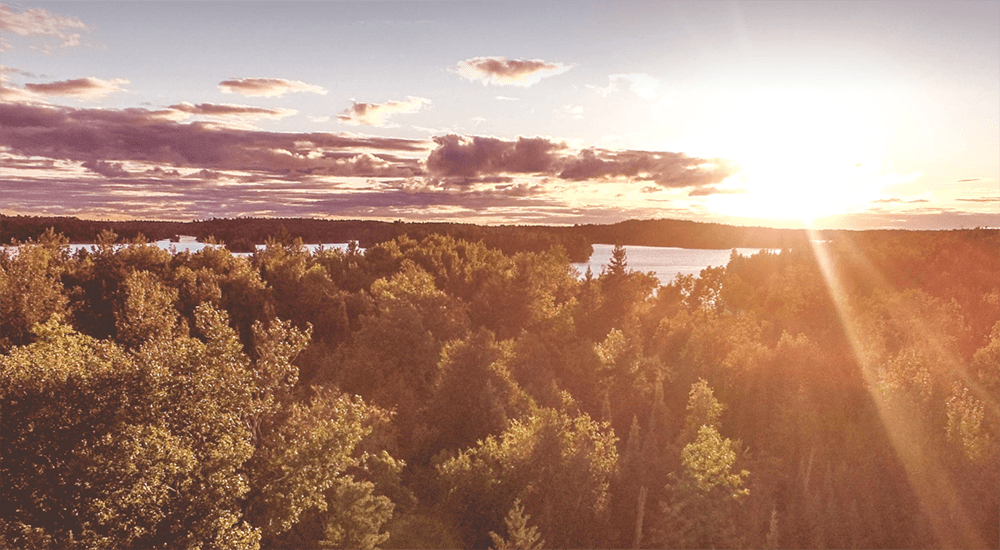 Canada’s a big place, which makes any attempt to define our country’s weather essentially meaningless.

While northern Quebec is capable of feeling like Siberia for several months of the year, lower BC can find itself leaning more towards the tropical side a lot of the time.

It’s equally difficult to choose a “best” – weather is a very subjective topic, after all – but there are certainly some areas that are objectively more desirable than others.

For the purpose of this comparison, we’re interested in the standard variables you’d see on a forecast that affect the most people. In other words, the average weather in Canada’s four most populous cities.

Here’s how Toronto, Montreal, Vancouver, and Calgary stack up when it comes to annual rainfall, sunshine, snowfall, and summer and winter temperatures…

Vancouver, with 168 rainy days a year, is Canada’s fourth rainiest city, behind Abbotsford, St. John’s, and Halifax, respectively. Quebec, meanwhile, is the province with the most cities in the top 10 for rainfall, at four. Despite receiving around a third less rain than Vancouver, Montreal is likely to see rain on more days a year than its West Coast counterpart.

Despite the West Coast’s rainy reputation, Canada’s least sunny cities are all found on the East Coast. St John’s, for example, sees around 800 hours less sunshine than Calgary. That doesn’t bode well for a region that also posts some of the lowest daily highs in the summer.

Vancouver, for all its rain, still posts an impressive 1938 hours of sun a year. With 164 wet days a year, that means it’s either sunny or pouring, and never anything in between.

Calgary has more snowy days in May, September and October than any other large Canadian city, and yet it gets receives nowhere close to the dumping Montreal does.

Quebec, overall, is by far Canada’s snowiest province, with three cities in the top four for snowfall (Saguenay tops the list with 134 inches of snow per year).

The worse news? We’re giving the “best summer” award to Toronto – beach-y but not too hot, more hours of sunshine, and the 4th-most warm nights of any large Canadian city (when the temperature never drops below 2°C). It also has a Canada-leading highest average daily minimum temperature in June, July and August (16.8°C)

Vancouver lives up to its reputation as a mere decent summer spot, with temperatures struggling to crack 20°C and plenty of rain to boot.

Windsor, Ontario is Canada’s hottest summer city, with an average temperature of 26.9°C in June, July, and August.

While Calgary certainly has a glorious summer, its winters are ragingly bitter. On top of being the coldest of Canada’s four largest cities, it is also the windiest large city in the country.

Residents of Toronto and Montreal like to argue about who has the worse winter, but there is only one factual answer. Montreal is almost 10 degrees colder during the winter months, and receives almost double the amount of snow.

Vancouver, meanwhile, boasts a balmy average temperature above freezing during its coldest three months of the year.