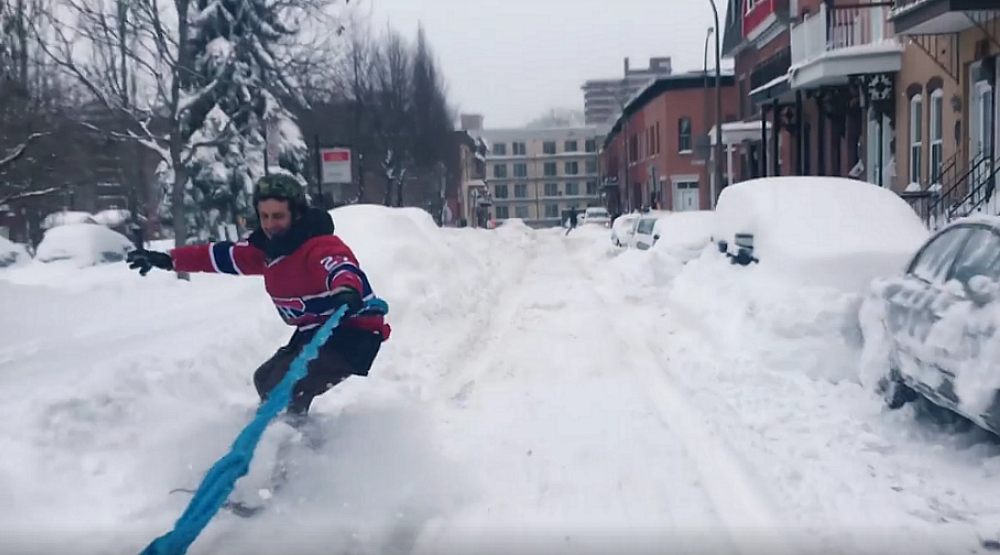 Montreal recently experienced a massive snow storm that brought over 40 centimetres of fresh snow to the city.

However, in addition to pretty snow, the blizzard resulted in a 50 car pile-up outside Magog, the closure of Highway 13 which in turn stranded 300 cars overnight, and Montrealers being forced to push STM buses out of the snow just to get home.

There was some good to come out of this massive winter storm though. Namely, a Montreal artist carving a bulldog’s face into a snowbank, and this brave Montrealer snowboarding the streets of our fair city.

Last night, Jerome Verry posted a video to Facebook showing him snowboarding through the streets of Montreal while attached to a car.

In honour of his birthday, Verry decided to tie a rope to the back of his friend, Adrien’s car, and proceeded to hold onto it while snowboarding and wearing a Habs jersey.

Check out the video for yourself below.