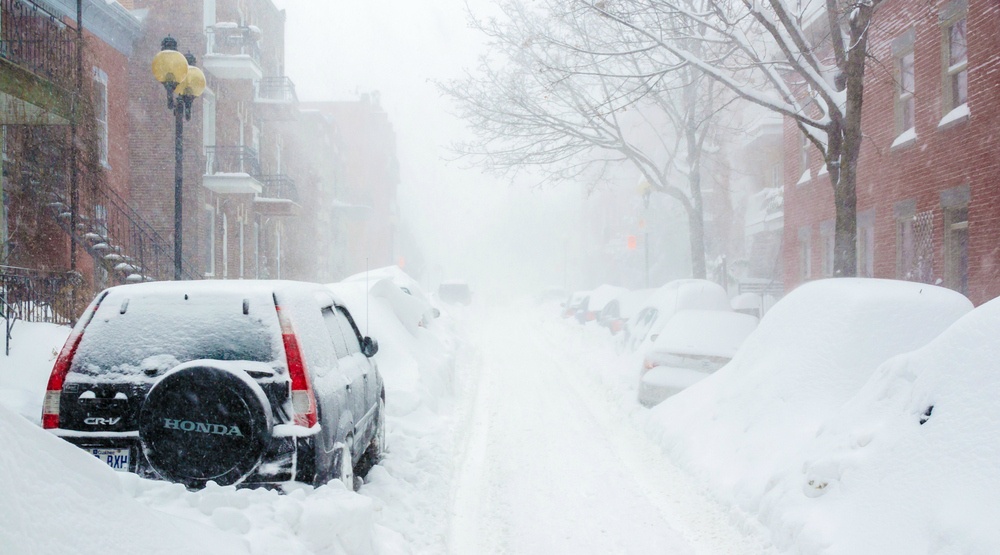 Winter is arriving far too early for parts of Southern Quebec this weekend as a heavy snowfall is expected to sweep across the province.

Environment Canada has issued a snowfall warning for this afternoon affecting Western and Southern Quebec before making its way to Quebec City.

“Total snowfall amounts of 15 to 20 centimetres are forecast by Saturday afternoon,” according to the website.

Environment Canada warns drivers to prepare for quickly changing and deteriorating travel conditions as visibility may be suddenly reduced at times of heavy snow.

It’s good news for people hoping for an early ski season as a low-pressure system is expected to hit regions north of the St. Lawrence River, especially Tremblant and St-Sauveur.

Montreal is expected to be spared, except for a mix of rain and wet snow that will fall Friday night.

Temperatures are expected to dip to -7°C on Saturday evening so be sure to bundle up. 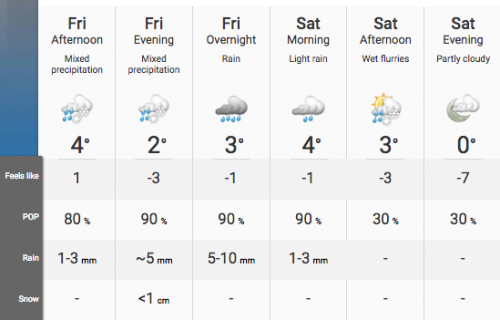 According to The Weather Network’s extended forecast, Montreal is looking to kick off next week off with 2 to 4 cm of snow on both Monday and Tuesday while the temperatures will dip to -4°C on Tuesday.