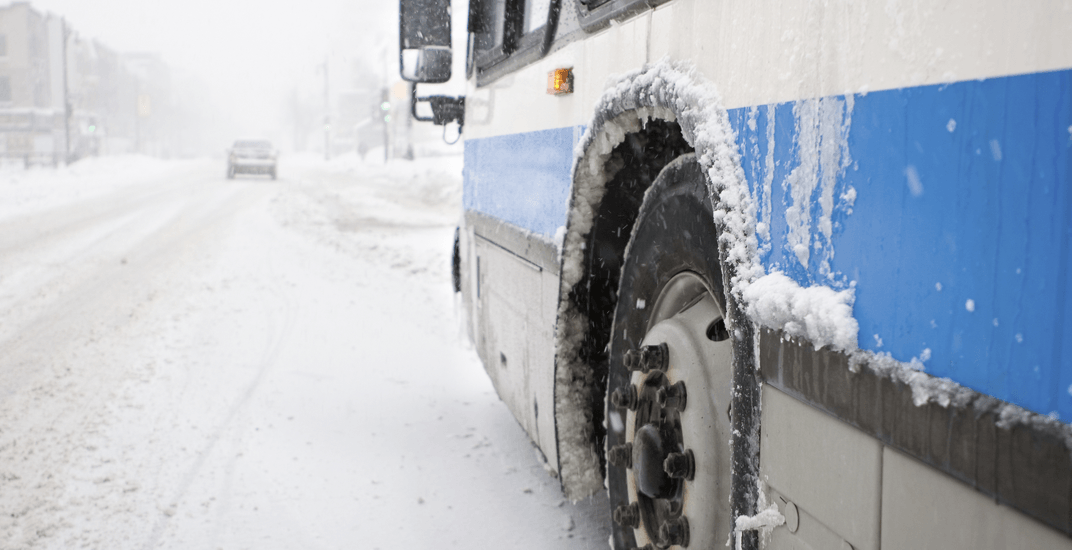 Expect some major delays on buses in Montreal today as the snow has slowed service down.

According to STM, delays are expected on the entire network due to weather conditions.

#Weather conditions: Important and generalized delays on entire network. Our teams are working hard on maintaining a secure and efficient bus service, but allow for more time and be careful when traveling!

🚌🌨❄️ Our bus are on the road, however delays are to be expected. Thank you for your patience.

Buses are having some serious difficulty getting around so be sure to plan your trip ahead and check STM updates for information about delays.

Has anyone seen the rest of this bus?! #165 #montreal #storm pic.twitter.com/MP07jg1Ir7

Well that’s no good. @stminfo accordion bus wrapped around a pole on Cote des Neiges between Sherbrooke and Dr Penfield. Avoid the area and be careful on the roads. pic.twitter.com/EVcdU5Qp3a

Up to 30 cm of snow is expected to fall in Montreal by Wednesday.