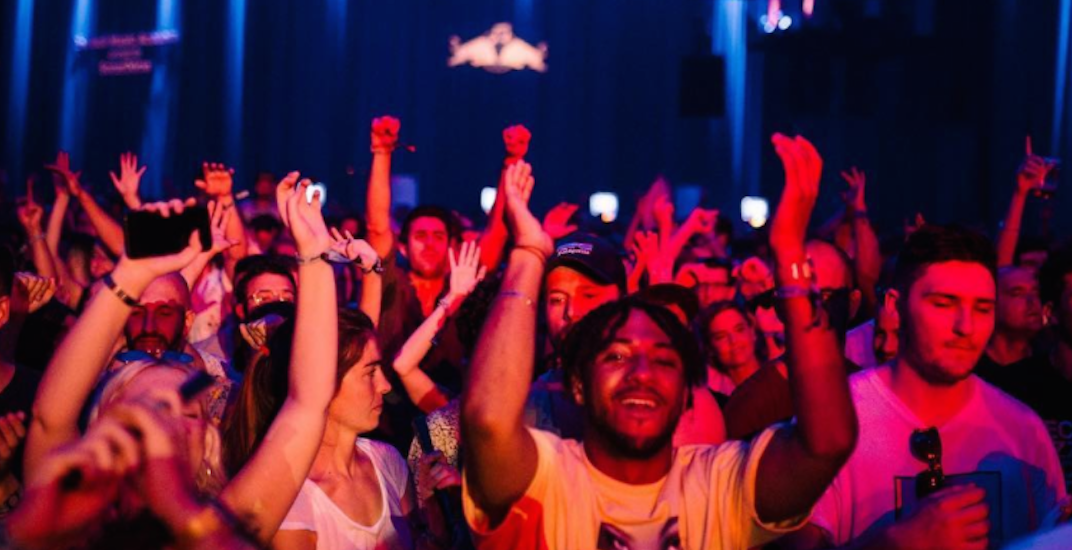 Montreal will be taken over by music this September.

The Red Bull Music Academy will be returning to Montreal from September 21 to 24.

The year’s Red Bull Music Academy Weekender will feature a  series of experimental and immersive events around the city that celebrate its music, culture and the transformative minds behind it.

Here is a breakdown of what to expect during this four-day music festival:

The first night of the weekend series kicks off with an exploration of extreme music. Listen to the sounds of drone, industrial techno and underground metal.

For nearly three years, the Moonshine collective has hosted its lunar-based monthly event at unpredictable locations across Montréal. Focusing on the fringes of electronic music and the African sounds that form them, a two-room event filled with late summer jams will feature local residents Pierre Kwenders, Bonbon Kojak, M. Bootyspoon and Odile Myrtil, joined by Toronto selector Bambii and Portugal’s DJ Marfox with a little help from New York’s TYGAPAW, Le1f and Total Freedom.

Red Bull Music Academy and Never Apart join forces for a 13-hour, 2-stage marathon of house and techno. This edition will kick off the party in Usine-C’s courtyard, pairing a return to disco connoisseur Jayda G’s homeland with the Canadian debut of Academy alumna and Ectotherm label head Courtesy. Local A/V visionaries susy.technology will create an immersive space to showcase the sounds of Discwoman’s Umfang & Volvox, Cómeme’s Borusiade and a special live set from Australian experimentalist Carla Dal Forno. Derek Plaslaiko and Carlos Souffront will close out the night.

The weekend comes to a close with a performance from R&B duo Rhye. Gearing up for the release of their second studio album, the soul-pop act recently released two new singles, “Please” and “Summer Days,” marking their first new music since their well-received 2012 debut ‘Woman.’ Rhye will take the stage for an intimate performance at one of Montreal’s most historic venues, The National.

Where: September 21 to 24, 2017
When: Various locations, check website for details
Tickets: Find them at redbullmusicacademy.com