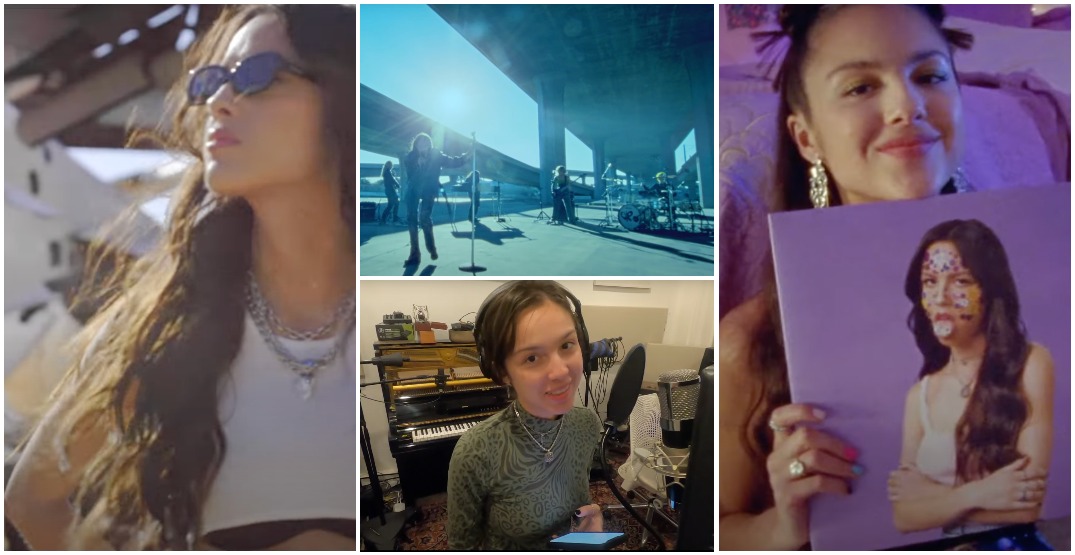 Teen alt-pop star Olivia Rodrigo is preparing to release a movie all about the creation of her beloved record SOUR this spring.

Complete with 11 songs from the record with new arrangements, driving home 2 u is slated for screening through Disney+ on March 25, 2022.

“I just wanted to tell people what was going on in the back of my head in a way that I was so proud and not ashamed,” Rodrigo says in the teaser for driving home 2 u.

“Drivers license” went quadruple-platinum this year, and SOUR was named the number one album of the year by Rolling Stone. Its popularity is inarguable and the list of Rodrigo’s accolades goes on and on.

The teaser for driving home 2 u shows her standing in the studio with excitement on her face.

“The album is due in seven days. Oh my god,” she says, smiling.

The musician will be talking about the process behind the chart-topping record, which included emotional hits like “good 4 u” and “brutal”.

“This is a unique film experience where, for the first time, fans will understand how her album came to be and why it was such a personal journey for Olivia,” said Ayo Davis, president, Disney Branded Television.

“This is not a concert film per se, but really, an opportunity to experience first-hand how Olivia Rodrigo became one of the biggest music stars of the day – and a chance to see her perform the songs from SOUR like never before.”

“It’s an authentic look into her creative process, her incredible drive, and who she is as an artist and person. We’re so proud to have co-produced this film with Supper Club and are thrilled that it has found a home on Disney+,” he said.

The record is a reflection on shattered youth, the difficulties of girlhood, and learning how to love in a healthy way. Rodrigo takes listeners through adolescent insecurity, drama, and struggles to fit into the status quo and be accepted on the record, and as a result, the film is likely to be intimate, taking fans closer to the artist than ever before.

“For the first time, Olivia takes audiences on a familiar road trip from Salt Lake City, where she began writing her triple-platinum Geffen Records debut album SOUR, to Los Angeles,” said a statement from Disney+.

“Through new live arrangements of her songs, intimate interviews, and never-before-seen footage from the making of the album, audiences will follow her along on a cinematic journey exploring the story of SOUR,” it says.

The rearranged tracks were performed in fun locations like the Mojave Airplane Boneyard, Roy’s Motel & Cafe, and the Red Rock Canyon State Park. There are some star cameos, too; keep your eyes peeled for Jacob Collier, Blu DeTiger, and Towa Bird.