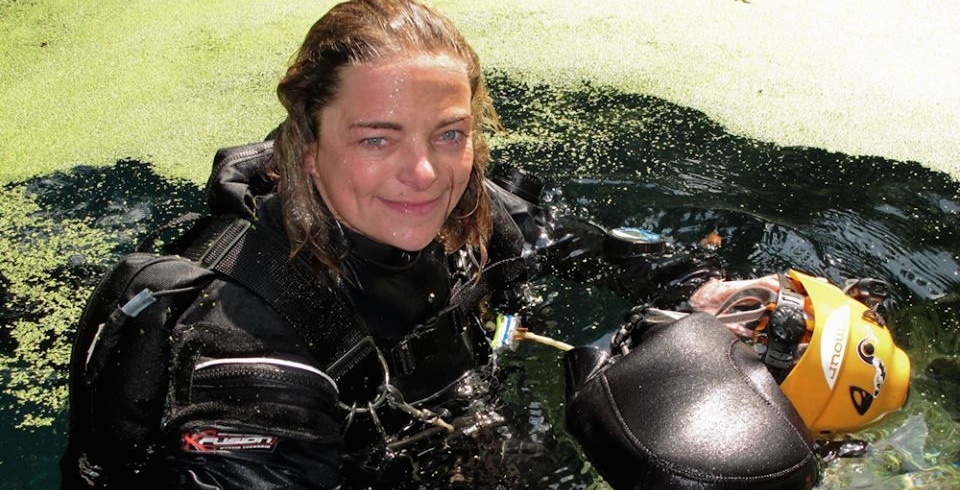 Nathalie Lasselin dove into the St. Lawrence River in Montreal’s West Island on Friday and stayed underwater continuously for just over 30 hours, before resurfacing on Saturday morning.

Lasselin’s journey began in Île Perrot and ended some 70 kilometres away in Repentigny, Quebec.

The diver’s plan was to raise awareness about the importance of keeping rivers clean. Especially in the St. Lawrence River, where her website claims “80% of Montreal’s drinking water comes from.”

The 47-year-old diver, filmmaker and photographer crossed eight bridges and two tunnels during her underwater trek.

Her extensive list of equipment included an underwater breather, multiple oxygen tanks, a diving propulsion vehicle, lights and a radio system that helped her communicate with her surfaced team.

The Women Divers Hall of Fame inductee hopes that her exploration of the local waterway will open the doors a greater understanding of the historic river and that citizens of Montreal will stop using the St. Lawrence River as a waste for pollution.