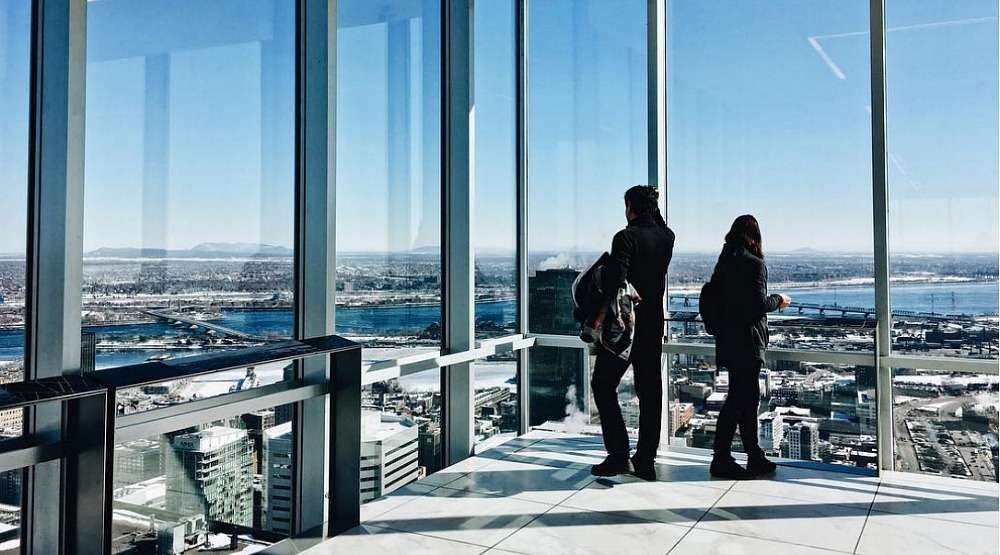 One of the 200 free events happening all over the city on March 4th is none other than free entry to the Place Ville Marie Observatory.

Sunset à Montréal, 185m above ground. This time last year I'd never think I'd be here– let alone living miles away from home. I'm slowly learning how to balance the act of planning ahead and letting things happen as it will.

Titled Observation 360 Degrees, this official Nuit Blanche event will take place between 8pm and 1am, and will offer Montrealers a breathtaking view of the city.

In addition to the view, the Place Ville Marie Observation deck has an interactive exhibition called #MTLGO that will take visitors on a “special urban mission.”

As admission into the Place Ville Marie Observatory typically costs $19 for adults and $14 for students, this Montreal en Lumiere promotion is a major deal.

Even better? You won’t have to worry about getting home after as the Montreal metro will be open all night.

Don’t miss out on your chance to see this incredible view free of charge.