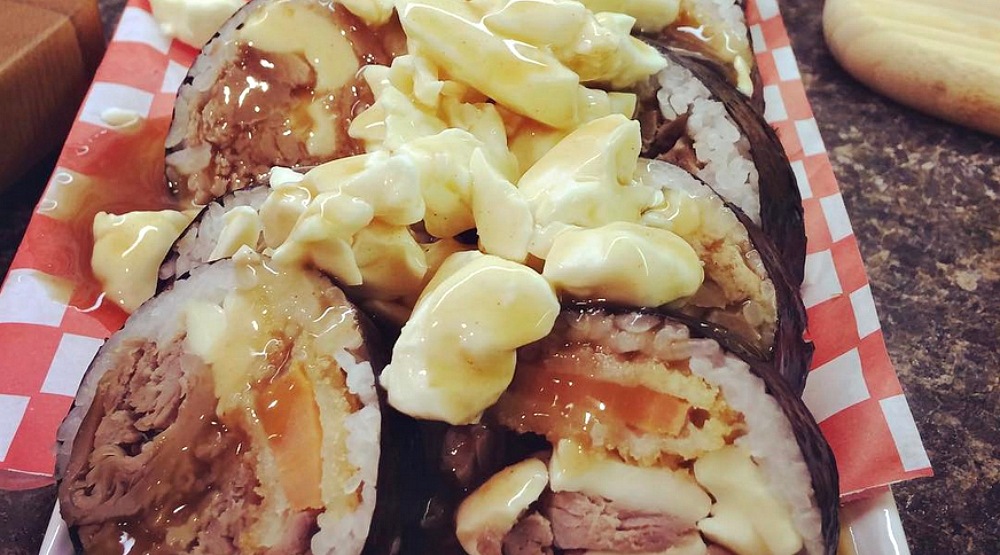 In the past, we’ve reported on insane Montreal food creations like poutine pizza, edible flower sushi, and a $70 poutine, but now a restaurant by the name of Sushi A La Maison has combined the two to create none other than sushi poutine.

Their insane poutine sushi, officially called Maki Poutine, contains duck confit, sweet potato tempura, cheese curds both inside the poutine and on top of it, and St. Hubert poutine gravy.

Even better? Sushi A La Maison does not have a sit-down restaurant as of yet. Rather, this Montreal sushi eatery specializes in delivery.

That means that you can have sushi poutine delivered to your door without leaving the couch. Sounds pretty fantastic to us!

Love a crazy poutine creation but not a fan of sushi?

For a little poutine inspiration, check out the drool-worthy photos below.