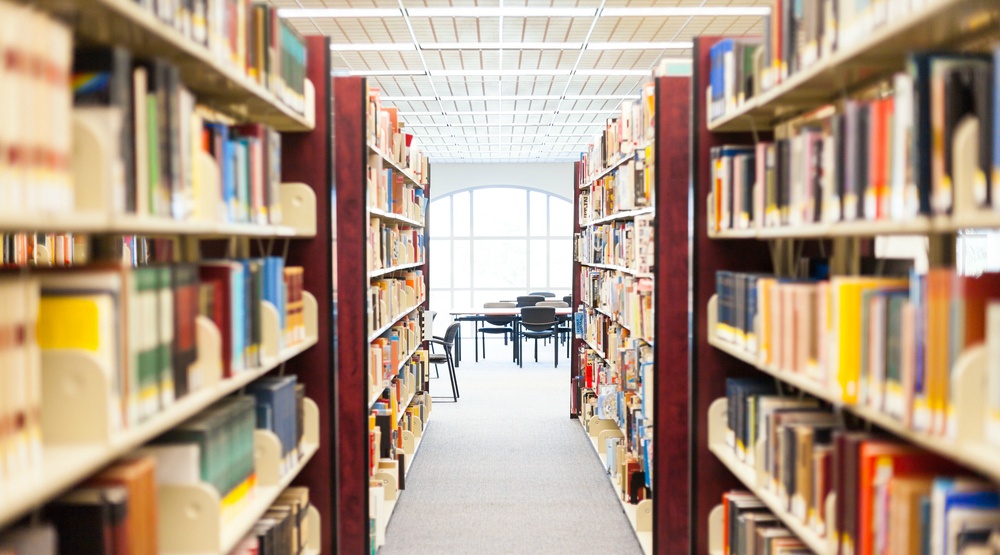 News that the Montreal Children’s Library would be closing two of its three branches next week due to lack of funds left me angry and frustrated.

I love books. I love reading books. I love discussing and debating books. I love how they feel in my hands. I love the smell of them. But, most importantly, I love where they allow me to go when I read them. I applied for my first library card when I was 7 years old and that simple act changed my life. Decades later, I can still recall the giddiness I felt at the possibilities contained in my tiny hand. Sure, my formal in-school education has provided me with invaluable knowledge, but there’s no denying that my own personal literary choices have shaped me into the person I now am today.

Books have educated and transformed me beyond what a mere classroom ever could. Particularly in today’s era of TV sound bites and sensationalistic, dumbed-down news and infotainment, a viable and easily accessible avenue to multiple sources of information, in the form of free circulating books, is not a luxury; it’s an absolute necessity and the cornerstone of a free society.

Because, make no mistake about it, what ultimately makes public libraries so important is the “public” part. They are probably one of the most profoundly democratic institutions we have. To use a public library, in most cases all one needs is the desire to. In a world where status and money can fast-track so many to the front of the line, libraries are great equalizers. They provide everyone (even the ‘have-nots’, the marginalized, and the disenfranchised) access to information and essential services that can shape their opinionand ultimately transform their lives. That should never be compromised and never taken for granted.

“The National Literacy Trust says that children who go to a library are twice as likely as those who don’t to read well. It is not just picking up a book. It is the social experience of reading, talking about the books, browsing, comparing what you have read with family and friends,” explains Alan Gibbons.

And for those who say “Who needs books when you have the internet on your smartphone?” I would urge you to look beyond your privilege.

According to the 2011 Public Library Funding and Technology Access Study, an annual report produced by the American Library Association (ALA), more than 65 percent of public libraries report that they are the only source of free public access to computers and the Internet in their communities. Now I recognize those numbers are probably slightly different for Canada, but they still reveal how vital public library services are as a source of free information and services for many people who wouldn’t otherwise be able to afford them.

The two Montreal Children’s Library branches closing are in Shaughnessy Village and Little Burgundy, two city areas that are traditionally underserved and have many new immigrants who often rely on their local library, not only for taking out books, but learning the language, socializing and adjusting to their new way of life, and in many cases gaining access to computers and the internet as they learn about their new community and apply for jobs. It’s a complete fallacy to assume that everyone has internet access at home and therefore does not need public libraries for any of those essential services.

Budget shortfalls aren’t enough of a reason to close down two library branches in areas that badly need them and I simply refuse to believe that we live in a city where money is not available (whether via the government, individual (Mitch Garber, are you listening?) or corporate donations, fundraisers, bake sales, whatever… ) to support these public institutions.

I particularly don’t have the patience to listen to excuses and justifications for why we can’t raise a paltry $70,000 to keep them open when our city administration is having conversations about lighting up bridges to the tune of $40 million, installing granite tree stumps on Mt. Royal to the tune of another $3.5 million, when a gazebo to honour Mordecai Richler was just completed to the even-more-ridiculous tune of $700,000 and when, just yesterday, overtaxed and Quebecers found out that a brand new overpass leading to the Champlain Bridge was promptly demolished to the tune of $11 million because of, wait for it… poor communication and planning. Are you kidding me?

Yes, I am fully aware that the library is privately funded, that funding for public projects comes from a variety of sources and budgets and it’s not as simple as taking X amount of money from coffer A to pay for project B, but I don’t want to hear about your grandiose art projects, flashy tourist attractions, or taxpayer-funded f*cks-ups, if we as a collective can’t afford to keep essential services like this open.

At the end of the day, cutbacks will continue to take their toll and libraries will continue to remain at the bottom of the priority list. Taxpayers will continue to debate whether libraries are a borough or a central city responsibility, or a privately funded affair, but the undisputable fact remains that they provide a very essential, very public service, and how all levels of government and all residents of this city choose to prioritize and preserve them speaks volumes about us.

Right now I’m not too impressed with what I’m hearing.