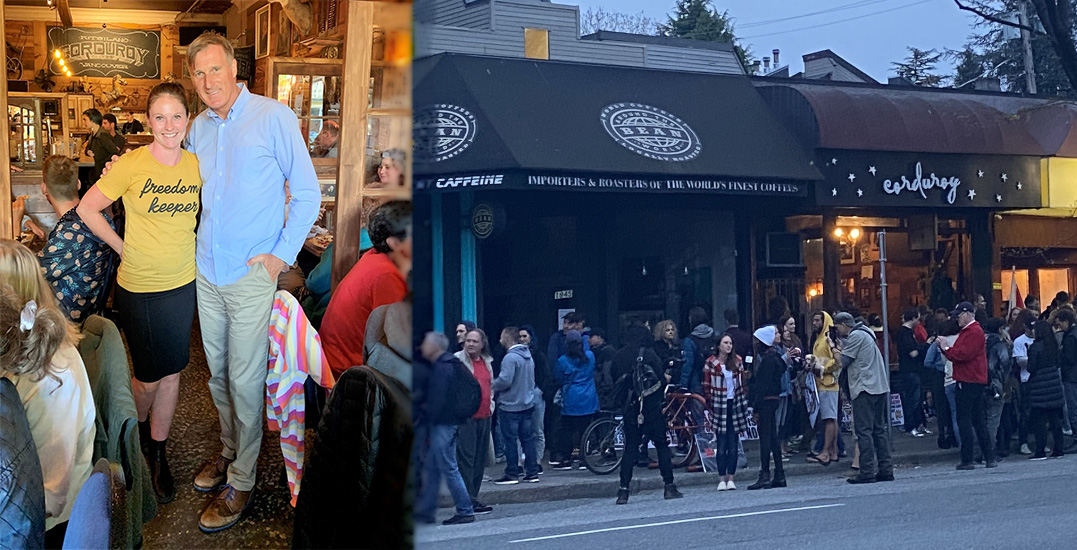 Maxime Bernier posing with the owner of Corduroy Restaurant; a group of protesters outside of the restaurant (Maxime Bernier/Twitter, submitted).

The leader of the People’s Party of Canada shared photos of his visit to Corduroy Restaurant in Kitsilano.

“If you are in the Vancouver area, you have to visit Corduroy Restaurant, whose courageous owners Rebecca Matthews and her husband defied authoritarian lockdown orders and decided to stay open and serve customers indoors,” he wrote on Twitter. “Thank you for welcoming us!”

Bernier also shared pictures posing with other diners, who he said were PPC supporters.

I had a marvellous evening yesterday at Corduroy Restaurant in Kitsilano, BC, with a group of PPC supporters who gave me the most amazing welcome! Thanks to our regional organizer @PPCNaomi for bringing us together! pic.twitter.com/nvrNOmzLb6

In early April, a video made rounds on social media showing Corduroy crowded with patrons and defying the provincial ban on indoor dining. The video showed two health inspectors from Vancouver Coastal Health (VCH) speaking to Rebecca Matthews, one of the restaurant’s owners.

Patrons inside the restaurant repeatedly chanted “get out!” until the two inspectors left. The Vancouver Police Department’s (VPD) Liquor Coordinator also attended the restaurant after police received several complaints throughout the day.

At the Corduroy Restaurant in Vancouver yesterday with owner and anti-lockdown heroine Rebecca Matthews and a bunch of happy people. @PPCNaomi pic.twitter.com/Ssugu59diL

In late April, crowds of people gathered outside a Vancouver restaurant to “rally and protest” against COVID-19 public health orders.

Photos shared with Daily Hive show dozens of people gathered outside Corduroy Lounge in Kitsilano, many pictured without masks. 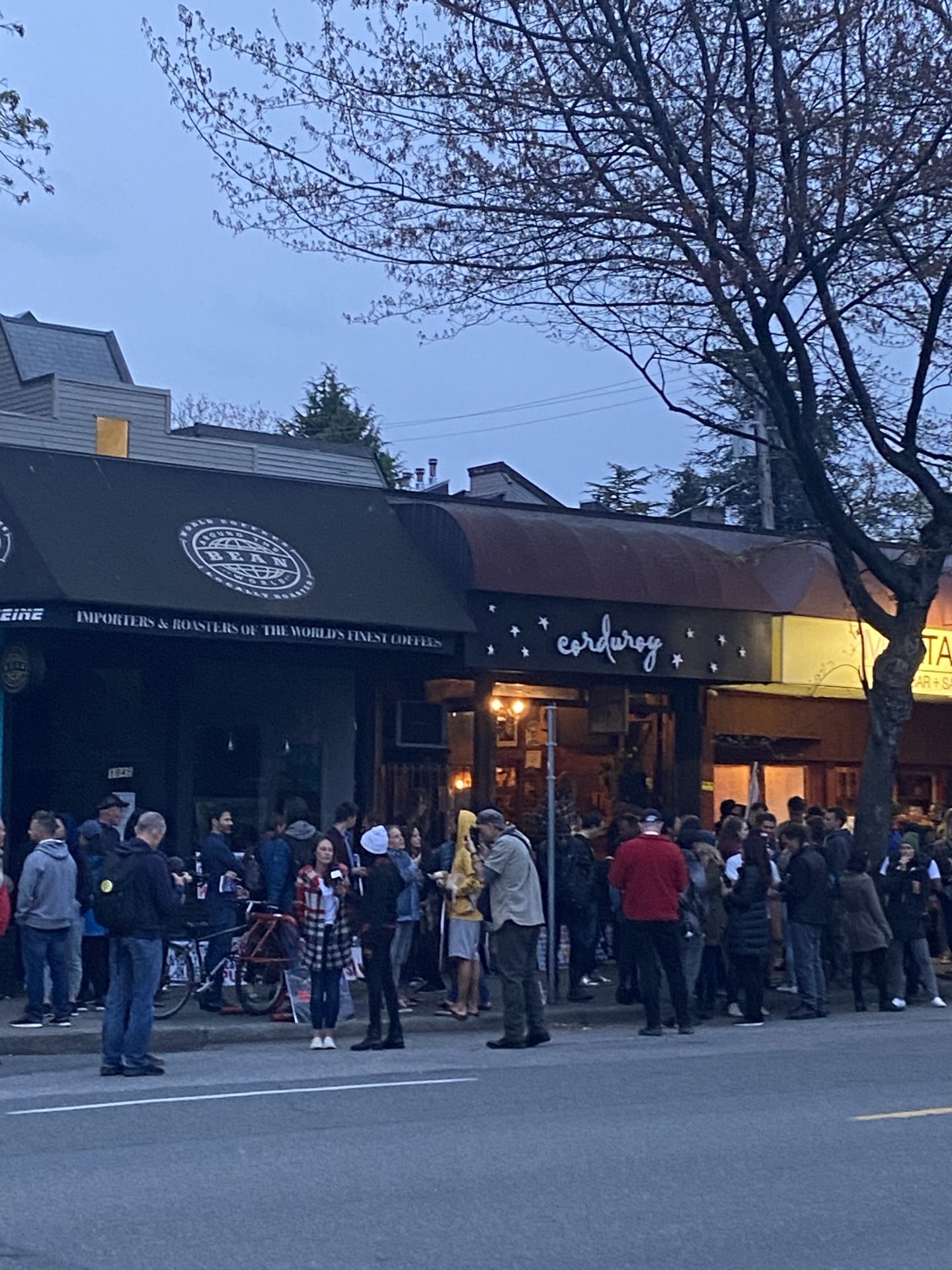