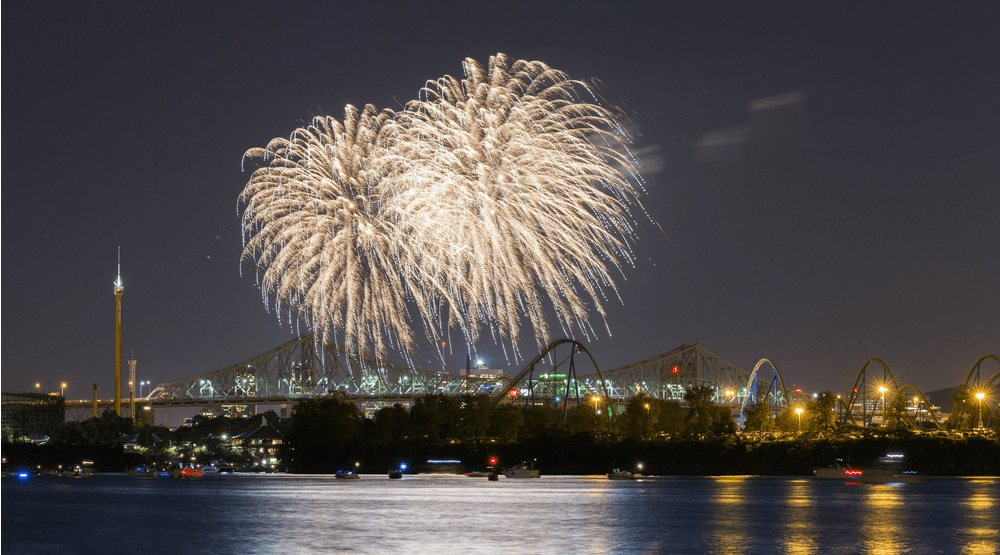 Old Port is about to get lit up.

As most of you already know, Montreal becomes home to the International Fireworks Competition each summer.

As such, the 2017 program is going to be seriously mesmerizing. Part of this year’s schedule includes Olympic medalist Alexandre Despatie serving as the International des Feux-Loto Quebec spokesperson.

In addition, this year’s competition will be kicked off with an extra special, Montreal-themed fireworks show. According to the official website, the “fireworks opening ceremony will reflect Montreal spirit,” and singer-songwriter Ian Kelly will perform his song entitled “Montreal.”

The official schedule has yet to be released so remember to check the official website for updates.