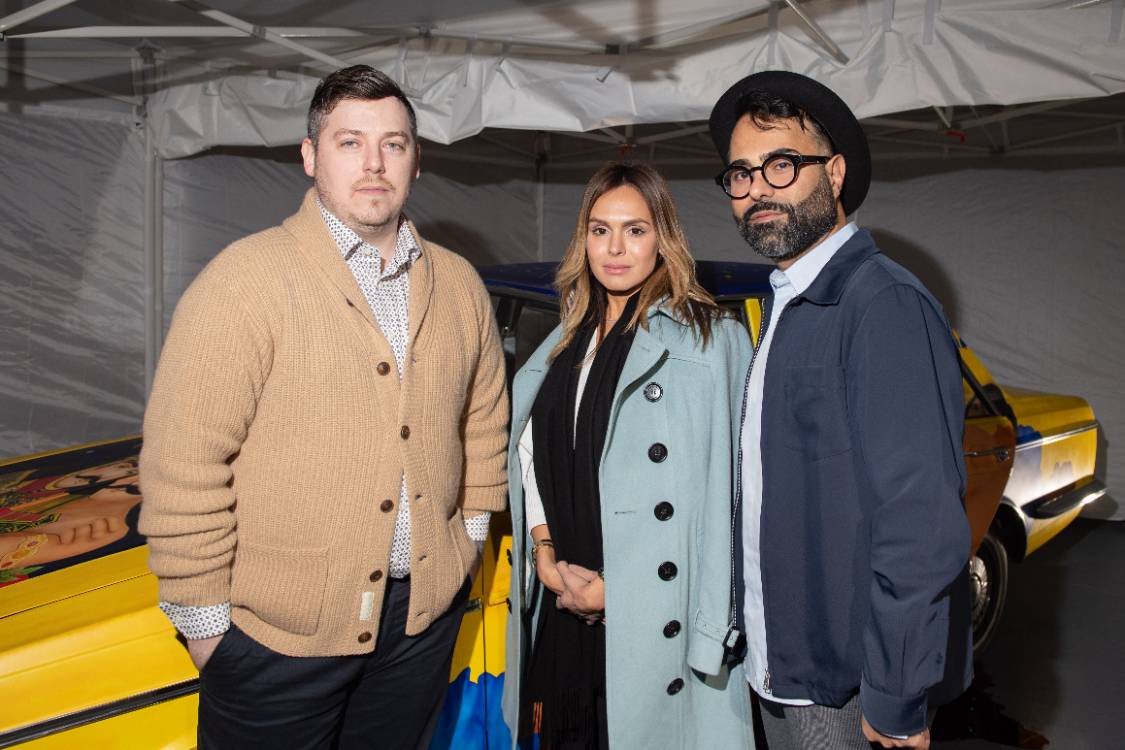 “We are privileged to have acquired a historic 1974 Paykan Hillman Hunter limousine, a gift by the Shah of Iran to the authoritarian Romanian dictator Nicolae Ceaușescu,” says Dr. Hiva Feizi, executive director and co-founder of PaykanArtCar. “PaykanArtCar is putting Iranian artists in the driver’s seat and steering a conversation about the ways in which Iranians are silenced and persecuted. We want artists to use this vehicle as a canvas to share stories of oppression while inspiring people and calling for change.”

Shojaian is a queer Iranian artist and activist living in exile. His inspiration for the PaykanArtCar draws from the Ghahvehkhaneh school of Iranian screen-reading, and the battle of Sohrab and Shaban, a spinoff created by folk Iranian storytellers referencing the Shahnameh, the Persian book of Kings. With this work, Shojaian subverts the image of Sohrab and Shaban, traditionally patriarchal symbols, into homosexual characters.

The image of Shaban recalls the 2021 murder of Alireza Fazeli Monfared, a 20-year-old Iranian gay man who was beheaded by members of his family in an “honour killing”. The image of Sohrab represents the many men in Iran who have been sentenced to death because of their sexual orientation. On the front of the car, the men are seen making love, before ending up dead on the sides of the car, laying next to each other under the sky of Shiraz. Inside the Paykan, a voice note sent by Alireza Fazeli Monfared speaking about the threats he was facing from his father plays along with recordings of numerous news channels announcing his death.

The PaykanArtCar project unites the talents of contemporary Iranian artists with a beloved symbol of Iranian national pride — the Paykan automobile — to advocate for human rights and dignity in Iran. Periodically, PaykanArtCar will choose and commission an exceptional Iranian artist to use the vehicle as the canvas in support of the ongoing struggle in Iran for human rights. The purpose is simple: to use art and a beloved symbol of national pride to promote the rights of all Iranians no matter their race, religion, gender, or sexual orientation.