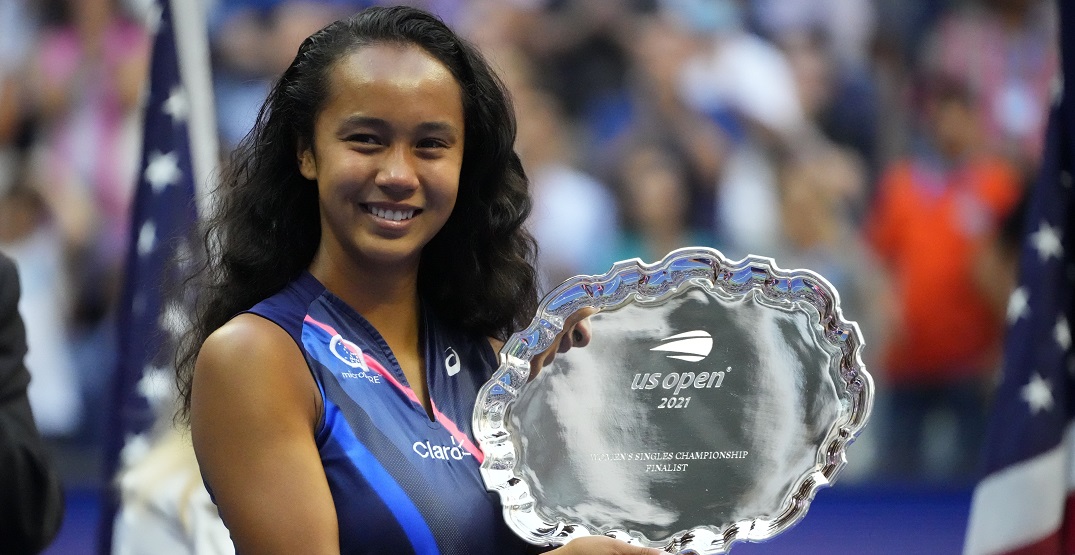 Leylah Fernandez can officially say she’s feeling like a million bucks, as the 19-year-old Canadian picked up $1,250,000 (USD) worth of prize money for her US Open finalist performance.

Fernandez fell 6-4, 6-3 to 18-year-old British player Emma Raducanu in yesterday’s singles final, but ended up making more money for her US Open run than she had in the rest of her career combined.

“I’m glad that I’ve discovered that of myself, that I play a lot better when I’m more outgoing and when I’m using the crowd to my advantage,” Fernandez said following the match.

Leylah Fernandez had previously picked up $786,772 in prize money for her past.

“I can’t decide which one is going to be in the highlight reel,” Fernandez said yesterday when asked about victories at the US Open that included wins over top seeds Aryna Sabalenka (No. 2), Naomi Osaka (No. 3), Evita Svitolina (No. 5), and Angelique Kerber (No. 16).

“I can just say I’m proud of myself and happy with the way I fought,” Fernandez added.

The new source of cash was felt on both sides of the court yesterday.