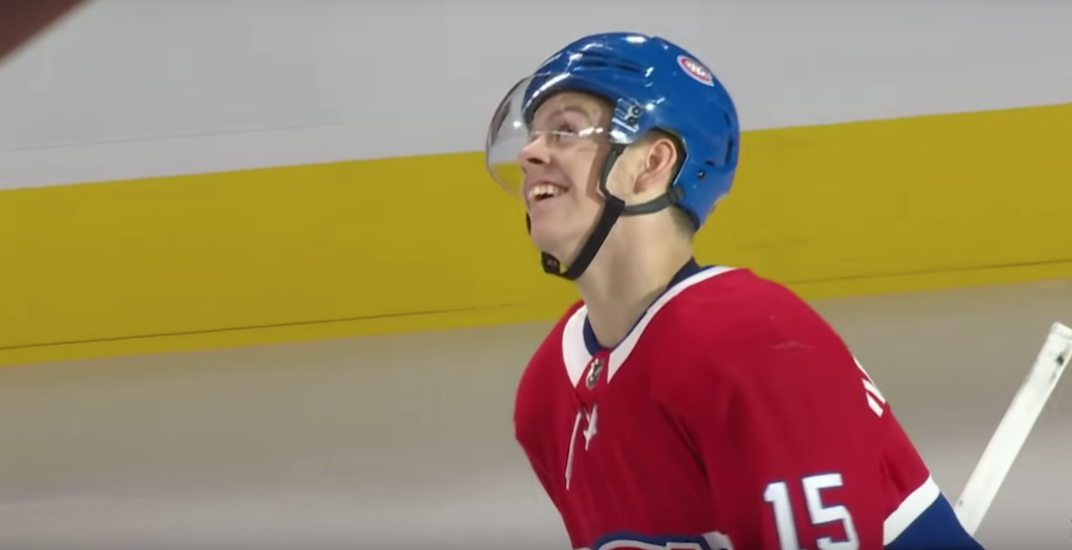 Jesperi Kotkaniemi needed 12 games to score his first NHL goal. He didn’t have to wait long before scoring his second.

The 18-year-old rookie centre scored the first two goals of his NHL career in the Montreal Canadiens’ 6-4 win over the Washington Capitals on Thursday.

Kotkaniemi opened the scoring in the first period, beating Caps goalie Braden Holtby on a shot off the rush.

Kotkaniemi’s second goal wasn’t as pretty, but it was more important. The goal tied the game at 4-4 late in the third period, allowing for Max Domi to score the game-winner with 22 seconds left in the game.

At 18 years and 118 days, Kotkaniemi became the youngest Canadiens player to ever record a multi-goal game. He’s the youngest player to score two goals in a game since Patrick Kane on November 13, 2009.